Start a Wiki
Forum: Index > Sorting > Adrianna Voll
Note: This topic has been unedited for 1529 days. It is considered archived - the discussion is over. Do not add to unless it really needs a response.

6) Give a description of your character's personality. Personality must be at least one paragraph long. Are you noble or sneaky? Arrogant or Humble? Anything about your character that might help the Sorting Hat decide. (Don't worry, you can copy this onto your character page later!)

Adrianna is free spirited, uninhibitated young teenager with a taste for adventure and living on the edge. She is highly self-confident and often shows elements of bravery and spontaneity. Unfortunately, she has a short temper, getting easily mad over things and often holds a grudge. Although highly flirtatious, she cares deeply about the people she loves and would fight to protect them until her last breath.

7) Write about the history of your character. History must be at least two paragraphs long. How did they grow up? Is there an incident that made them the way they are? etc. (Again, you can copy this onto your character page later!) Adrianna was born in Oslo, Norway to a pair of notable writers with a passion for viking history. As their only child, it wasn't uncommon that they often visited the many viking museums in the large, populous city together. She grew up in the very large urban area of Bjerk, where she made memories of visiting all over Oslo, bringing back things from her travels and placing them all over the house with other historic items that her parents had begun to collect.

Adrianna had only started to learn of her magical heritage when she was six years old, upon stumbling across a wand that belonged to her father. He explained to her that they were trying to make sure that she stayed safe, as Norway was full of dark witches and wizards with bad intentions. They had tried their best to shield her from the world where she belonged for as long as possible. Sure enough, she begun to show her signs of magic not too long after in the form of making flowers bloom before her parents eyes.

Upon the age of eleven, Adrianna begun to attend the wizarding school, Durmstrang and soon grew accustomed to their ways and excelled in her studies. However, she never quite felt like her life was right. She begun to wonder if it was because she wasn't following in her parent's footsteps of being a historic writer. Unsure of what else to do, she begun to delve deep into Viking history, her fascination with the culture so vast that she had begun to start acting like one herself.

Her first five years at Durmstrang were anything but exciting as she studied, slept and left little time for adventure and playing. However, with her lack of excitement came a deep depression that was only remedied by the prospect of joining a crew of other students to visit Hogwarts and put their names in the Goblet of Fire. Thrilled with such an idea, she boarded the ships and set sail for Hogwarts School of Witchcraft and Wizardry.

8) Write about your character's appearance. How do they look like? Are you planning on using a certain model for your character? If you already have a picture in mind, you can put it here! 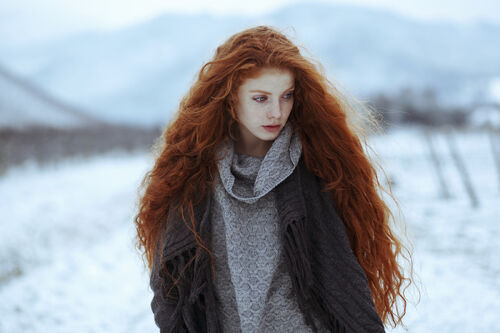 9) Are you Pure-Blood, Half-Blood or Muggle-Born? Do you have any notable magical relations? (Remember, you cannot be related to important Harry Potter characters!)

10) Does your character have any special magical abilities? Or special abilities in general (photographic memory, etc.)? Is he or she of a different magical race, such as veela, vampire, werewolf or the likes? Part or half of that magical race counts! (Remember, you cannot have an "exotic" characters as your first two characters!)

Nope. She's an expansion for the goblet of fire.

11) What year is your character in?

:C) I should be able to participate at least some every day.

3. If your answer to the previous question is B, how many characters do you have? How many of them are "exotic"? Five. Two exotics.

4. Please post your time zone in relation with the UTC time zone (ex. Eastern Standard Time is -4), but if you don't understand how to calculate that then please simply put the name of your time zone below. -04:00

Even as a Durmstrang, she still needs to meet the Personality and History minimums, Elentari, and at present there is nothing in those sections. Alex

Can you add at least her first magical sign?

Retrieved from "https://dumbledoresarmyroleplay.fandom.com/wiki/Forum:Adrianna_Voll?oldid=740214"
Community content is available under CC-BY-SA unless otherwise noted.