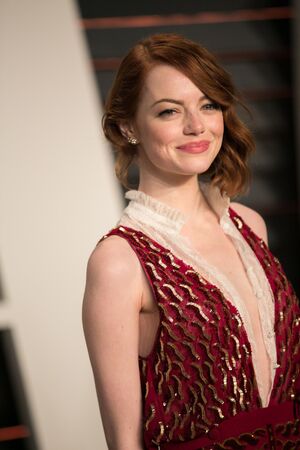 Francesca is a bit of a socially awkward geek, but there is way too much more to it than that.

Francesca is not your average geek. In fact, she is an oddity, because she hardly studies, unless of course, someone is kind mean enough to nudge to do it, in which case, she still won't do it she'd try to do something. The nutshell version is... she is a procrastinator. The long version is... don't ask Francesca to do her homework. She will not do it, end of story. It is amazingly difficult to convince her otherwise too.

Francesca is very much socially awkward, and really prefers to like... not be around other people, or at least talking to them if she can avoid. It's not that she doesn't like company... it's more that she just doesn't feel uber comfortable around people she doesn't really know. She might engage in conversation... granted someone starts something. She'll talk... but only out of natural instinct to just talk about whatever. Although, tap into her inner likes... and she'd openly hold a conversation with you.

Francesca has somewhat of a vivid imagination, but rarely can it shine... except when Francesca is all alone. Francesca frequently loves being alone and when she is doing nothing... she talks to herself. She finds it a good distraction, but also loves doing it, because it lets her be herself. It lets imagine her favorite fandoms and dreams the way she envisions them. Like creating alternate universes, you know?

Francesca is an INFP.

Francesca Elina Bernini was born on a freezing cold night of December 10th, 2016, to Antonio and Sophia Bernini, in Venice, Italy. Antonio was a wizarding politician, who worked in the Italian Ministry of Magic. Sophia on the other hand was a very talented photographer. Both Antonio and Sophia knew from the day that Francesca was born, that she'd get more from Sophia than she did from Antonio. Well, it ain't a lie. She definitely had her mother's eyes and hair. Although there was one thing to not miss. Francesca was... well, on the smaller side of newborns. It seemed fine enough... until to Antonio and Sophia's shock, Francesca was born with a defective rib cage. This was missed initially... it was only until Francesca was a year old that it started to take a toll on her breathing and her heart. A life-saving operation later... and Francesca had her regular breathing back. Bless wizarding healing. Granted, she still needed to sort of have her somewhat fragile heart repositioned, quite carefully.

Enough with the sob stories. Antonio was not always home, so Francesca grew up predominantly with Sophia. Sophia had thankfully put down photography for a while, at least until she can be assured that Antonio could spend more time with young Francesca. What didn't stop Sophia from doing her hobby though, was a young four year old Francesca wanting to photograph stuff with her.

That same Christmas, Antonio finally managed to spend a lot more time with Francesca and Sophia, who was discovered to have another child with Antonio. Sophia promised Francesca a thing though; that for her fifth birthday, she'd get her a camera, so she can take her own photographs.

That fifth Christmas, Francesca got her wish... and got her very own camera. Although after then... things went on a rapid downhill spiral. Francesca spent New Year's with her paternal grandma, but when the news came... Antonio was assassinated during a New Year's Parade in the center of Venice. No one know who the assassin was, or whether or not he was apprehended.

Things only got worse, when Sophia took her own life after a series of tragic events, ranging from a stillborn baby, to the loss of her parents, to the loss of Antonio. Francesca was left to live with her paternal grandparents... but her grandpa only made things worse. At one point, Francesca had enough... and the little, now six year old, girl ran away, in tears.

She ran, until there was nothing left to run about. Getting lost in Venice was not a brilliant idea though. Eventually, she ended up in the hands of a pair of child kidnappers, who hauled her off to France, where the French Aurors busted the criminals, and placed the poor child in a magical orphanage.

It's debatable if that was the right move for Francesca. The young girl did not eat, sleep, and she barely drank water to keep herself at least bit sustained. The trauma was just too much for her to handle. It was when some of the other kids realized how traumatized young Francesca must be, that they started asking her if she wanted to play. Francesca slowly and quite awkwardly revealed the camera she had taken with her when she ran away... surprisingly it was still in one piece and still functional. It was then that one of the kids asked her, in French, "Do you like to take pictures?" Francesca didn't understand French at the time, and only tilted her head and asked, in her native Italian, "What do you mean?"

Fortunately, there was another, slightly older boy who knew both. He translated the younger French boy's question into Italian, which Francesca could understand, and thus she nodded. A few little games of Hopscotch, Go Fish and dozens of photos later, Francesca was a lot more chipper and now bright young girl.

But all great things come to an end, right? Wrong. At the age seven, Francesca had her magic sign. She once took a photo of a few friends and to her dismay... it moved. She was not shocked, she had seen her mother, when she was still alive, do a similar thing. But this was all Francesca, not anyone else.

It was in due time that someone explained everything to her. It became apparent, that while Francesca was unaware of it, she had magical blood, from her parents. When Francesca had become of age, she received a letter to Beauxbatons. She gladly accepted, with the thought of my parents would have only wanted this of me in her head.

She spent three years in Beauxbatons, until she was finally adopted by Jack Royce and Riva Rolls. Alas, it was finally a family. A family she could be with. At that point, she was no longer Francesca Elina Bernini. She became Francesca Elina Rolls-Royce. A name that she is admitted happy to have.

It wasn't long before the Rolls-Royce couple and their now growing family moved to England, where upon Francesca transferred to Hogwarts. Francesca was determined to be a hatstall between Ravenclaw and Hufflepuff, with her ultimate decision being Ravenclaw, for she felt like she'd be more at home with those who effectively are like her.

As time passed in Hogwarts, Francesca would soon get her chance at leading the Ravenclaw Quidditch Team during her 5th year, despite that year not being the greatest for the Ravenclaw Team. Give or take a year or so later, and Francesca found herself to hold the highest honor in Hogwarts; Head Girl. She still does not recall how she earned it, or why she earned it, but she did and that's okay with her. She had been more successful than she could dream of. If only her parents could see her now...

Following graduation, Francesca stayed some time in England as she figured out what to do, but clearly, things weren't to be just yet, as she found herself returning to her home in Italy. It was hard for her to get over things, but settling into her birth family's old home in Venice felt natural to her. She went on to study in a muggle university, in hopes of maybe giving herself a chance for a better life; it's what her birth parents would have wanted of her, anyway. In that time, she met the love of her life, a transgender woman by the name of Felipa Santini. Francesca saw beyond appearances and found lovely company in Felipa, who in turn appreciated Francesca and it went from there. The two married on May 12th, 2039 in a small and private ceremony, with Francesca taking Felipa's last name after marriage.

Retrieved from "https://dumbledoresarmyroleplay.fandom.com/wiki/Francesca_Santini?oldid=1063223"
Community content is available under CC-BY-SA unless otherwise noted.