Francisco Anrique Barbosa is an Afro-Portuguese wizard from Leira, Portugal. His birth demanded relocation from Guyana to Portugal where his parents insisted Francisco attend Beauxbâtons.

Francisco was born in Pombal during the winter of 2020 to Soraya Travieso and Altair Barbosa. His father Altair is a Dark Wizard (Metamorphmagus), he's a psychotic assassin with a morbidity to him that makes him seem to lack humanity. He uses his Metamorphic abilities to assume the identity of his target while he tortures them before he kills them. His mother Soraya is a Dark Witch she was born into a family with deep ties to all things dark, she was bred for thievery and cold-blooded killing. She's a horrible combination of an expert-level marksman and a master strategist. Together they were capable earners of reputation and wealth. The combined effect of her honed skillsets with his natural talents made them nearly perfect.

Even before he entered the world he caused a lot of strife in his family. His mother couldn't do any of the things she used to do before she was pregnant and she hated every second of it. Unfortunately there didn't seem to be anything she could do to make it better, that much was true even after her son was born. Raised by hard-shelled parents with a laissez-faire attitude toward the dent in life provided by their very own offspring. He was more of a burden than he was a blessing. He'd inherited his father's metamorphic abilities making him a difficult child when he got emotional. His mother hated to look at him almost as much as she hated to hear him cry. His father didn't like the fact that he required so much attention.

His parents had a hard go of trying to raise him, he grew up with little more than a couple broken bones and a few minor scrapes and bruises. He does suffer from some emotional trauma due to neglect and the threat of violence, however this goes unspoken. Other than that, even with the occasional slip ups they think they've done a good job. They didn't have the highest of expectations for him, regardless of that they taught him certain branches of magic in the hopes he would take to one of them. He kind of hoped he was a Squib and that he could leave magic and his entire youth behind him. Although that was impossible, he'd already known he was a Metamorphmagus like his father. He didn't discover his magic until he was nine, he created a weak flame that left burn marks in the shape of his hand on his bedroom door.

Beauxbâtons is where he ended up despite having a strange inexplicable desire to go to the African wizarding school that his mother attended. In his mind the more exotic and much farther away school would have offered him the bigger advantage in terms of education. Uagadou is known for wandless magic and churning out Animagi, a tradition he was eager to be a part of. He certain that in either school he would've been forced to learn a third language. Since his school was in France and the majority of students knew or spoke the language he didn't take to it as easily. He wanted to believe that he was fluent, he was actually quite talented a butchering the language. The entirety of the school setting was foreign to him, his home-schooling was completely unstructured and the rigidity of a fixed schedule was nothing short of excruciating.

He's apt to live in denial about his true feelings, not just about how he feels about himself more like everything. He thinks of it like a superpower, the only thing that's real for him is what he wants to be. He lives within his very own self-created illusion.

He wanted to be a comedian or an actor, he enjoys pretending to be someone else even if he still looks exactly like himself. The way he's the most comfortable in his own skin is when he's not being himself at all, it's when he's portraying someone else.

Francisco is above average height and slightly below average weight. He has a light skin tone complimented by short, curly, dark hair that he keeps closely cut when he isn't in the process of letting it grow out just a tad. He has big brown eyes and a bulb-like point to his nose that comes courtesy of the Barbosa family. 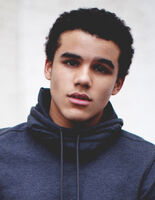 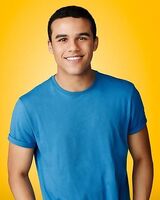 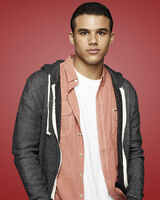 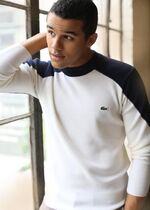 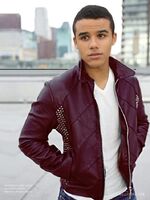 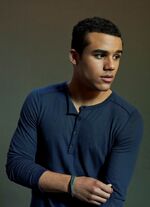 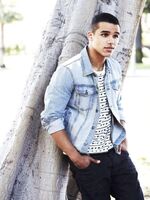 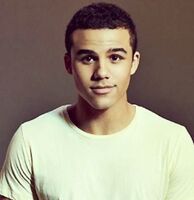 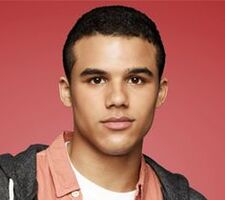 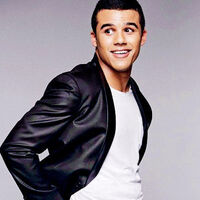 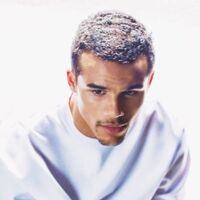 Francisco is one of those people who will never admit that there is anything wrong. He's not willing to put his burden on anyone else's shoulders. He refuses to complain and he puts on a smile even when everything else about him clearly says he should be frowning. He doesn't like to talk about his problems, he doesn't feel like anyone needs to know about what he's got swimming around in his mind whether good or bad. He doesn't like to talk about himself, he'd rather have a boring conversation about the weather than talk about his past. He struggles with piecing together a future for himself because he can't stand the thought of doing it alone. He's partial to changing the topic when he feels like someone's questioning him too intensely.

He enjoys being the center of attention even if people aren't entertained by the who he really is. He's always got a joke up his sleeve, either to break the ice or to hide his fake smile with an attempt at a real. He carries a joke book around everywhere with him and he's usually thumbing through it an laughing to himself or trying to decide what's worth memorizing. He actually like the jokes the miss the mark the most. The kind people furrow their brows or maybe even roll their eyes at. Those are his favorite because he thinks they make great talking points. He's actually found it's a pretty good way for him to get to know people better without having to reveal too much.

Soraya Travieso is a Cape Verdean Half-Blood witch born in 1999. She was born into a less than wealthy traditionalist family that kept quiet their failure to maintain an untainted pure family line. Soraya took well to both the Muggle and the Wizarding world. Her ancestors were ashamed that she was a Half-blood, however she made up for that by being the perfect daughter. She did absolutely everything ask of her including being able to blend seamlessly into the muggle world unlike some all to noble Pure-Blood who couldn't accomplish the same. She was put through muggle schooling in addition to her wizarding education, she never allowed either of her grades to suffer due to the extra workload. When she graduated from Castelobruxo she had to finish out muggle school before she free to be the adult she was.

Altair Barbosa is an Afro-Portuguese Pure-Blood wizard born in 1998. He comes from a long line of Metamorphmagi running throughout the patrilineal Pure-Blood branch of the Barbosa family. Altair never took much of a liking to humanity, he didn't make friends easily with other people unless it started off with some kind of altercation. He pursued an interesting in Potions, Herbology and Transfiguration during his school days. He abandoned them all for tutelage in Dark Magic. He continued his studies in school with arousing any suspicion as he continued to learn curses right under the nose of his Professors. Following graduation from wizarding school in Brazil he attempted to infiltrate the Brazilian Ministry of Magic, he was unsuccessful at gaining employment of any kind with said governing body and abandoned the idea all together.

Defense Against the Dark Arts

Retrieved from "https://dumbledoresarmyroleplay.fandom.com/wiki/Francisco_Barbosa?oldid=974007"
Community content is available under CC-BY-SA unless otherwise noted.