Gabriel is a reserved person, quiet, and is the person that likes the simple things in life. Singing birds, the smell of tea and books, incense, walks on the beach, are all the things he appreciates. However, though he's a simple person, it really doesn't take much for him to be happy with you, just give him a rose and he'd be very appreciative of the gesture, he is a dreamer and is incredibly ambitious, also logical, he doesn't do things irrationally or without thought. Gabriel also tends to be rather resentful to people who did him wrong. However, he tends to bottle this up and turn a blind eye, especially when it's someone he cares for. Like his twin. Gabriel loves her to death but a part of him is bitter about how she treats him in front of their parents.

Gabriel wants to be the best person in the room. Prove that he's just as good as cis man, really. Perhaps this stems from his own insecurities about his own gender. Of course, Gabriel isn't secret about his gender. He can't be–he had to be open about it in order to have it. But Gabriel's first thought is that someone thinks less of him because of it. Gabriel isn't tough, though, and is actually rather soft. Gabriel's time would rather be spent in an art gallery or a museum than battling it out with people. Politics is his worst subject and he barely pays attention to it. However, Gabriel, though appearing to be reserved and calm, is actually quite angry. Constantly. He just learnt to control it. He knows he'll probably explode eventually. If he doesn't feel angry, he feels empty and Gabriel is struggling to feel something more positive nowadays.

Gabriel isn't a blood purist and has little time for those who are. He prefers to keep himself away from that society as much as possible, save for his siblings. Though intelligent, he isn't inquisitive or curious and never purposely goes looking for something. Gabriel does like a good mystery, though, and likes to try and figure out who the murderer is before it's revealed. He likes the more classical era, though, and doesn't like the more modern day mysteries. Poirot and Sherlock for him. His humour is quite fatalistic, too, and often makes a lot of dark jokes, especially about death.

Also like Nicholas, Sebastian would marry a wealthy pure-blood witch, Elizabeth Yaxley. The relationship had moved more slow and steady than his parents, the two beginning to date in seventh year but marrying at twenty-five. It wasn't long after that that more that before children were born, leaving for them to help keep the Malfoy legacy the way it is. If not? They would be as much of an embarrassment as any aunt or uncle who had done the same.They then started having children and soon came the twins. Gabriel and Alexandria.

Gabriel was not originally Gabriel.

He was born an Adelaide.

He had his identical sister, Alexandria, were both named after cities, those hers was a greater city than his. Not that he ever cared. He hated the name Adelaide though it took him a while to realise why. Sebastian, from the moment they were born, had organised their future, having them be engaged to other pure-bloods. Adelaide's marriage was broken, though, when she was thirteen as the family didn't want anything to do with Adelaide due to...well, reasons.

Growing up, like one would expect from twins, Adelaide and Alexandria were close, inseparable, even. You couldn't see one without the other and, without a doubt, they always gave off twins from 'The Shining' vibes with their identical fashion. Though the two would eventually become the middle children, there was always some sort of bias that their parents took with them. Perhaps it was the promising marriages they were set up for or, more unlikely than not, Sebastian and Elizabeth took a liking to them.

Really, their childhood can best be characterised just like one would expect of a leading Malfoy child. Home taught education rooted deep in blood supremacist values, near enough anything they wanted being given to them on a silver platter and, most notably, the stuck up attitude being taught to them consistently. Alexandria and Adelaide were always a little different though, subtly enough not to be initially detected, but enough to feel detached from what they were learning. When Adelaide was seven, though, she confided to Alexandria that she felt more like a 'he'. Eventually, the two worked together to figure out what exactly was Adelaide feeling.

Adelaide's first magical incident occurred when she was eight. It was a happy incident and had made a scatter of flowers grow prematurely in the family garden. Nothing as dramatic as her twins, though. For Adelaide, though, Alexandria began as a blessing. It was Alexandria who probed for their reactions, gauging them out. Adelaide was never a good liar and would be spied out in a moment. Their reaction always...saddened him. Even now. However, when Adelaide was nine, she was caught. Her mother had overheard the twins' talking with Alexandria calling Adelaide a him. Calling him Gabriel.

Things changed then. Gabriel suddenly...felt isolated. Alexandria, a blessing at first, had turned to give him snide remarks in the public sphere, constantly sucking up to their parents. Even though she constantly told him otherwise when they weren't around, Gabriel was never sure. Nor did it ever ease the hurt that he did feel whenever his twin sister, his partner in crime, put him down to the very people stopping him from being happy. But he copped it. Shut his mouth, said it was fine. And it was. At least he still had his Alexandria in private.

At eleven, she was sent to Hogwarts, promising her parents she'll keep her mouth shut about her 'condition'. This worked for the first two years. Then Gabriel became a stubborn and petty teenager. The parents refused to let Adelaide transition, refused the medicine. So thus, Gabriel took it into his own hands. There was nothing that he could do but both his parents were influenced by public perception. So he used it to his advantage. He began telling everyone. Left, right and centre, he was coming out to people. Just to pressure his parents. And it worked.

Sebastian did, admittedly, benefit from it. It made him and his family seem progressive, accepting. By the age of thirteen, Adelaide was now officially Gabriel Waldo Malfoy. He started medically transitioning and by the age of sixteen, the present day, he was able to pass off as a cis male. Not that he was able to go stealth, everyone knew for obvious reasons. No turning back when you scream it from the rooftop. 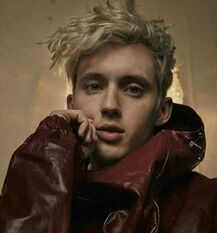 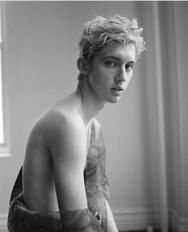 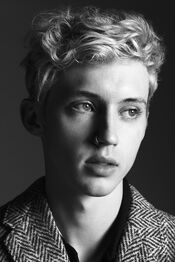 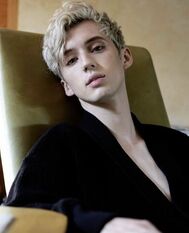 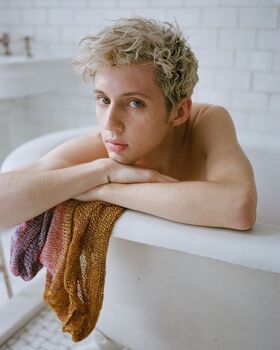 Retrieved from "https://dumbledoresarmyroleplay.fandom.com/wiki/Gabriel_Malfoy?oldid=1075728"
Community content is available under CC-BY-SA unless otherwise noted.