Gabriel was born in Brazil to his parents Mariana and Felipe. His mother is a witch who specialized in potions and teaches at Castelobruxo. His father is a earth nymph who protects and heals magical creatures in the rainforests of Brazil. They met in the rainforest while Mariana was looking for a rare healing herb and he attacked her calling her a thief and destroyer of the land. She defended herself and explained her interest in using the plants to improve healing potions which greatly interested him since he could use them on injured beasts. They began working together and slowly fell in love. They never were officially married though they both consider themselves so. Gabriel was their first child followed by a girl three years later and then a brother four years after that.

His childhood was an unorthodox one spending some time in the rainforest with his father and some around Castelobruxo and the more modern wizarding society. His parents were often apart working and leading their own lives but when they were together their affection for one another was obvious. The kids were taken care of by both parents though in very different environments. From his father he gained a wild spirit and love for the land. That wild nature and some disregard for societal norms is what sometimes gets him in trouble around other people. From his mother he gained a more scientific viewpoint and the understanding of how to take raw ingredients and using exact repeatable process turn it into something even more potent or amazing.

He showed signs of magic at an early age when he charmed a monkey to come sit in his lap and let him pet it. He was enrolled in Castelobruxo and showed a gift for herbology with an interest in healing and helping others. He got in trouble a couple times during his first year for kissing girls but has learned a try to restrain his more wild side. He's had a number of girlfriends since then and always seems to be dating someone but has a bad pattern of getting bored with the relationship and breaking their heart. His longest relationship so far as been a couple months and he's ok with that...it's fun to be dating and when it's no longer fun find someone new to enjoy being around and getting to know.

Gabriel is intelligent, witty, and charismatic. He enjoys complimenting and flattering those around him, especially girls. He can be a jerk to those he sees as rivals but feels like it's all in good fun possibly not realizing he's actually upset or hurt someone else. He can be a bit of a show off. While his intention isn't to offend, he can sometimes come across as ignorant, wild, or inappropriate. While he's a bit girl crazy now hopefully as he gets older he'll mature a bit and grow out of it.

Gabriel is also very grounded and tends to be practical. People who are flighty or have ridiculous ideas about fashion being more important than something's function really bother him. He's uncomfortable with heights though he tries not to show it. 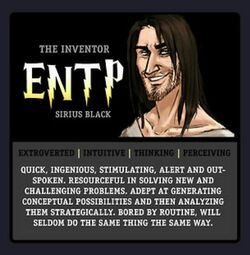 David is tall, dark, and handsome. He's got brown hair and eyes giving him a dark charming look. Due to being half-nymph his brown eyes glow subtly in the dark and instead of dandruff he sometimes gets a loose lair of soil in his hair that he has to remember to brush out.

His faceclaim is Lino Facioli.

*Gabriel means: "God is my strength".

*His MBTI is: ENTP
Retrieved from "https://dumbledoresarmyroleplay.fandom.com/wiki/Gabriel_Santos?oldid=1075729"
Community content is available under CC-BY-SA unless otherwise noted.