Héloise Malfoy @hélloise Follows you won most likely to not have a clue of what they're doing and certified in constantly being a mess. United Kingdom Joined March 2042 450Following 5.1kFollowers

Héloise has always felt like she needed to impress someone. Whether it'd be her parents, siblings, or maybe a professor, though, usually the former, there's just a desire in her to show them she's good enough. She needs for people to think she's good enough. If it means doing something that she doesn't want to do, depending on the situation of course, then, hey, that's not her problem. She'll do it. If her parents arrange her to marry someone, it doesn't matter how much she may hate them (or how little she's attracted to them), it's what her parents want... And Héloise knows it's important to give her parents what they want. Though, don't get this mixed up with she can't stand up for herself. If it isn't her parents, she's like a firecracker. A spark. Yet, every time she makes eye contact with her mother or father... the spark just seems to die out.

A side effect of bottling up so many of her emotions, Heloise sometimes will sometimes just explode in emotions. Many her ideas and opinions aren't anything close to her family's. So, she hides her thoughts and, really, it's hard to see the real and true Heloise. No matter how much she refuses to admit it, she's sensitive. She hates not feeling good enough, so she will suppress who she is and try to conform to what someone else may want. She keeps her true self distant from others, almost like she wears a mask instead. A mask everyone wants to see rather than her true face. She has built walls up to guard herself from people knowing and judging the true and real, Heloise Malfoy.

Holding herself at such a high standard is something Héloise has faced with herself since she was little. Especially when it comes to capability with her magic. She'll often overwork herself to figure out a spell that just doesn't seem to want to work. In her free time, instead of spending a day out and enjoying Hogsmeade, she'll find a quiet and deserted spot where she can try to practice wand movement and pronouncing incantations. Even if those things aren't the problem. She truly is her biggest critic. If someone says it's good, it needs to be great. If someone says it's great, it still could still be the best. Maybe if her parents didn't have almost as much high standards as Héloise did for herself, maybe she would realize this part of her... But that's not the case, and so she remains to overwork and try to fix her failures that really aren't so bad.

Also like Nicholas, Sebastian would marry a wealthy pure-blood witch, Elizabeth Yaxley. The relationship had moved more slow and steady than his parents, the two beginning to date in seventh year but marrying at twenty-five. It wasn't long after that that more that before children were born, leaving for them to help keep the Malfoy legacy the way it is. If not? They would be as much of an embarrassment as any aunt or uncle who had done the same.

Héloise and her twin sister, Amortentia, are the youngest of Sebastion's children. Born a year after Aurelia and Damocles, her whole life has pretty much basically watching each of her siblings one by one receive or be awarded something when they get to a certain point of age and Héloise having to wait. Héloise has never been very patient. Though, when it came for her time to shine, she made sure to outshine the hell out of any of her siblings... or tried to at least. She wanted to be the smartest, most clever, and overall the best Malfoy. When she started getting tutored, it had become important for her to take in every single ounce of information. She excelled in learning, and was praised by all her tutors. The only thing she ever seemed to struggle with was magic.

Honestly, by the time Héloise was ten, everyone just assumed she was a squib. Well, except for her of course. She couldn't be a squib. Not after watching each of her siblings head off to Hogwarts while she stayed home and was tutored, anticipating for the day it would be her day to go as well. Though, as each day until she went to Hogwarts got closer, the more her dreams to go (and live in her family's name) seemed to go farther. She would be a disappointment. Even more than some of her siblings, aunts, and uncles had been. Yet, all worry was soon gone when a pile of books fell onto one of her sibling's head by her magical doing. Funnily enough, it had been because they were making fun of the fact that Héloise hadn't shown any signs yet and that 'time was ticking'. In response - as ironic as it is - a few library books flew from the shelf and onto her sibling's head. It wasn't long until she received her Hogwarts letter, in the format she recognized as similar to her sibling's.

Throughout the years, Héloise made sure to excel in school, and she did. Sort of. She could answer any and every question asked by the teacher, and her potions always were the best, but it always took her longer to execute a spell correctly than it should of. It wasn't her wand movement or skills when thinking. It's just, when it came to spell work, Héloise's talents seemed to fall lackluster. Sometimes she'd stay up late at night just to practice a spell, but nothing seemed to happen. Or worse, something happened but it's not what she wanted to happen. Due to this, no, her parents weren't as proud of her as she wanted them to be. Maybe not being the favorite didn't affect some of Héloise's siblings all that well, but it hurt for her. It hurt a lot. Though, with the knowledge that sitting and sulking wouldn't take her anywhere in life, she plans to prove her family wrong in her fourth year and show she is good at magic. 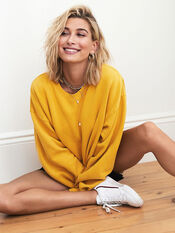 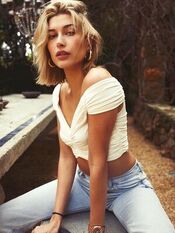 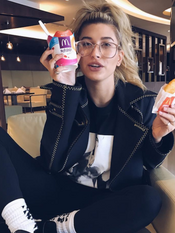 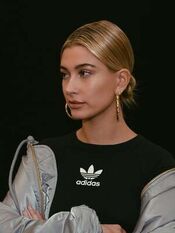 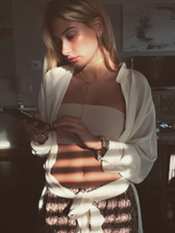 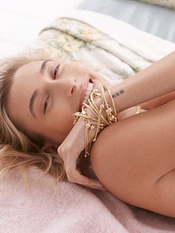 Retrieved from "https://dumbledoresarmyroleplay.fandom.com/wiki/H%C3%A9loise_Malfoy?oldid=1088356"
Community content is available under CC-BY-SA unless otherwise noted.