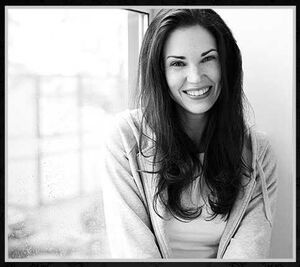 Hope and Lucas Finch were born April 16th, to Molly and Peter Finch. Molly was born into modest means... and Peter to a well-off family. Peter's family was unhappy with his decision for a partner, and cut him off. When the young couple found out they were having twins... they realized they couldn't afford that. They dropped Lucas off with Peter's family, and Hope with her maternal grandfather. The twins didn't see each other again until they were Sorted into separate houses-- Hope into Hufflepuff, and her brother into Slytherin.
As the pair grew up, it was clear Lucas was interested in Dark Magic... a thought that troubled his meeker sister. Hope silently hoped that her brother would turn over a new leaf... but it seemed that would never be the case.

The Rise and Fall of Lucas Finch

Following graduation, it became clear that Lucas was getting more and more power hungry, and was caring less and less about visibility. He quickly became the most wanted man in Wizarding England. Hope was doing all she could to avoid her familial ties to him. She got a job working as a Healer at Hogwarts, under Claire Belrose, who became a mentor. Hope watched as her brother landed in the Holding Cells, and then was released due to lack of evidence to keep him there.
While working at Hogwarts, Hope met Rex Shaw. The mysterious tattooist from America was a breath of fresh air for Hope Finch. Her last name meant nothing to him, and the fact that he was impossibly charming was hard to resist. The two became fast friends, and Hope became friends with his employee, Bronwen Rhodes. Turns out friends from America worked well for Hope, as she also met Ryder Cressley. Her friendship with Rex hit a rough patch, but soon enough the couple became official.
As things got more serious with Rex, Hope realized she didn't want to live at the school-- so she could see her boyfriend more often, and spend more time with her new friend from the Hospital Wing, Holly Bateson. Holly and Hope had become very good friends-- and Hope was named godmother of Holly, and her husband Ryan's, children. Shortly before Hope and Rex went on vacation to America... and shortly after Rex proposed and Hope accepted... Lucas had pushed his ideas too far, and wound up imprisoned in Azkaban. 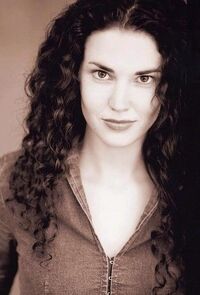 Rex (and others) Disappear

Hope was in the midst of planning her wedding, and looking for a job when she met Phoebe White, a wedding planner. Hope became close friends with her... and couldn't figure out why Rex wasn't coming around to help out with wedding details. Hope finally went to Bronwen, asking if she'd seen him at work, and when Bronwen hadn't, the two went to Rex's Arthouse to find out what had happened to Hope's fiance. Rex had disappeared... taken off, and gone who knows where. Hope was crushed, and spent the night with Bronwen. In the morning, Hope's worst fears were confirmed. It hadn't been stress. Hope was pregnant. It was time to find a job. Phoebe graciously offered to room with Hope, and so Hope moved in with her. And Hope got a job working at St. Mungo's, primarily in the Maternity Unit. Nine months later, Hope was blessed with a beautiful baby girl, who she named Regan.
As Hope was navigating motherhood, she became friends with Mary Waters, her new boss and Phoebe's friend, as well as Mary's sister, Teresa Black. It seemed like there was more going on than Hope knew about.... because it seemed that Hope lost Phoebe and Teresa in rather quick succession. Hope was confused, but couldn't wallow in the disappearances. She was used to being abandoned at this point, and she also had a daughter to care for.

When Regan was about one and a half, the man who'd walked out of her life suddenly walked back in. Hope was stunned, but cautious. Like with her brother, Hope always wanted to see the best in people, and Hope also felt that Rex had the right to get to know his daughter. With Rex not having anywhere else to live... Hope invited him to live with her, in the room Phoebe had left empty. Hope knew that Bronwen and Mary both weren't huge fans, but she was happy and so ignored their hesitancy. It must've hurt Bronwen enough to see her so happy again, what with Bronwen's own relationship crashing down around her, and Bronwen left for America. With Rex still around.... well, at least Hope still had a babysitter. Rex's story for his disappearance was more than satisfactory, and Hope now had a whole new appreciation for him. The two reinstated their engagement... and then got married on October 8, 2025. Hope Finch became Hope Shaw... forever ridding herself of the Finch association (though at this point, the Wizarding World seemed to be forgetting about her brother.)

The only thing that was difficult to navigate in life, with Rex home, appeared to be Rex's constant spoiling of Regan. But if having her family complete came at that price... Hope was more than willing to pay it. Her daughter was happy... and so was she. The marriage gave way to another pregnancy. Hope was thoroughly pleased to share this one with Rex, since he'd been absent when she was pregnant with Regan. She should have seen it coming... on some level, Hope thought Rex could handle the commitment, but yet again, he disappointed. Towards the end of her pregnancy, Hope found him growing distant. And when she delivered their son... stillborn... he was gone, officially. Hope was left to mourn the life she'd had for just a... fleeting moment. She took the time she would've had for maternity leave to grieve the loss of her son... and the loss of her husband. It was during this time that she found she was grateful, yet again, on the kindness of her friends. Mary was gone... Teresa and Phoebe were gone... but Ferlen, the husband Teresa left behind, was there. He and Hope began taking regular dinners out, to give them both a break from parental duties. And from these dinners, a friendship began to flourish.

Hope couldn't be less like her twin brother, Lucas. The one quality they do share is their intelligence, and Hope easily excelled in all of her classes in Hogwarts. Hope is a real sweetheart, and cares for everyone around her— everyone. Though that may be hard for people to understand, she does love her brother. Love and approval are separate things for Hope— she loves her brother, but certainly does not approve of the things he does.

She has always wanted to help others, and this sometimes does cause her to have a bad guilt complex. Hope is easily guilted into doing things for others, especially when they play on her emotions. She knows this, and it's something she's trying to work on, even if it is sometimes trying in vain. 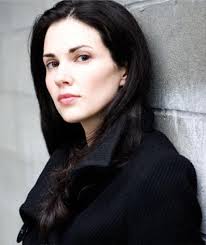 Retrieved from "https://dumbledoresarmyroleplay.fandom.com/wiki/Hope_Black?oldid=1053628"
Community content is available under CC-BY-SA unless otherwise noted.