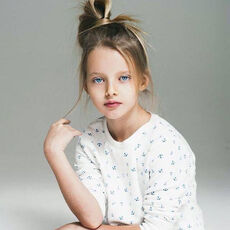 History:
Isabella Alaska Bòideach was born on May 27th in Liverpool, England. At first, everything seemed swell for the infant as she was primarily raised by her Scottish Light Nymph father Donald Bòideach as her German-Italian Pure-Blooded mother Angelica Chastain finished her schooling at Hogwarts. Although not committed to each other, they were determined to co-parent their daughter decently enough until her mother graduated and started a life in the underground as a criminal.

After celebrating her fourth birthday, it was revealed that her mother had vanished into the depths of Germany as she retreated away from her daughter's life. From there, she was being raised by just her father and her new stepmother who would be shaped out to be her real family (along with a couple of older stepsisters coming along the way). However, that changed when her fathered happened to come across a nasty crowd when she was just seven years old and it ended up mysteriously taking his life.

Luckily, she had been previously adopted by her Slovakian Half-Blooded stepmother Dominika Bòideach and was therefore continued to be raised by her. However, she was more so brought up by her stepsisters Olga and Eliska Biskup, who were eight and five years her senior respectfully, more so than her stepmother. In fact, they're the ones who helped her through her first signs of magic of making lights flicker and electronics static as well as learning how to bake red velvet cupcakes.

While growing up, she was barely acknowledging the absence of her reportedly late mother (it had something to do with her getting in a fight with another gang). Then, she was suddenly growing more aware until she was suddenly asking about finding some of her mother's relatives. Although denied, she tried to do some digging of her own due to her determined spirit, but stopped after it was revealed that it would be damn near impossible. However, she's planning on trying again someday in the far future when she's matured enough to.

For now, she's just nine years old and awaiting her years of schooling bound to come. Until then, she's going to be making the best out of the last years she has to be properly childish and obnoxious before she's getting sent of to what she imagines as the ultimate doom.

Personality:
Naturally, she's one for the dramatics between animated hand gestures and theatrical voices that boom brightly through the thick crowds of streets. Although she's running her life off the whims of curiosity and loyalty, she's doing it purely to further her standings among the crowd so that's probably putting her somewhere along the spectrum of selfishness. While she's not trying to hurt anybody, she's capable of injuring a few souls by how quickly she turns and stabs people in the back for her success.

Unknowingly, she's absolutely terrible at lying to people yet she's never going to give up on trying. However, she's also unintentionally known for rambling on and on about absolutely nothing. Even if it's just her feelings on waffles versus pancakes or crunchy versus creamy, it'll always be swinging back around to some isolated secret. Although she's popular for falling for anything, she's more than comfortable with calling somebody out on their crap if she's ever actually seeing it even if it's unlikely.

Normally, she's seen laughing and running around with an evident bubbly exterior with terrible jokes and wide grins. After all, she's normally trying to be that optimistic fellow to rely on. For this, she's fighting herself over her blabbering spirit even if she's still planning on becoming the leader of the world someday. Besides, she's sick of losing allies as quickly as she's capable of making them. With that, she's devoted to whatever she's decided to set her mind on other than keeping to herself apparently. 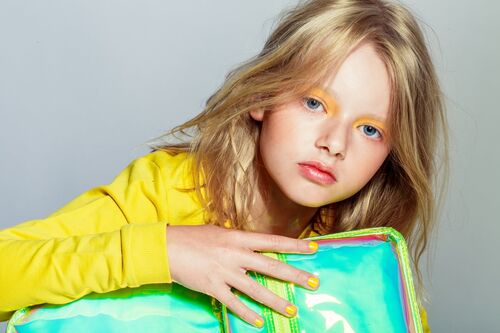 Retrieved from "https://dumbledoresarmyroleplay.fandom.com/wiki/Isabella_B%C3%B2ideach?oldid=1074704"
Community content is available under CC-BY-SA unless otherwise noted.