This character has been requested to be preserved by Bond_em7. 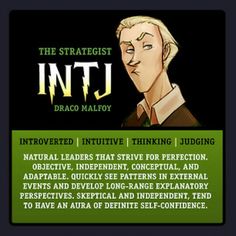 Jaina is very different from her younger sister Jenna Nordskov. She is generally a pessimist who tends to expect the worst from people. She is calm, analytic, and elegant. She tends to be very serious and dedicated, though occasionally her sister can manage to get a smile or laugh out of her. While she can be quite loyal, she tends to only be loyal to those she sees as important to her, and she doesn't care about anyone else or their situation. She would rather not say anything at all and be called a bore than appear childish in front of others. She does't tend to get close to others as deep down she's afraid shell end up hurting them. Due to her attitude she has earned the nickname he Ice Queen.

Jaina was born in Norway on April 7th. She and her younger sister were close from the time when they were little till now. She and her sister did almost everything together and were inseparable. Now they have both started attending Hogwarts and Jaina has begun to separate herself from her sister more and more. Her first magic spell was a powerful ice crystal which struck her sister in the head. Since then her magical powers have continued to grow, making her more and more afraid of her own magic. She has times where her magical abilities slip outside her control, generally resulting in the freezing of the area around her.

She first went to Durmstrang for three years and then moved along with her sister to London and went to Hogwarts for the first time her 4th year. She enjoys school and studying as she hopes it will help her control her powerful magical abilities, and when she's studying she can stay away from others where she can't hurt them. She never really connected with anyone at Durmstrang, and probably won't be looking to make many friends at Hogwarts either. She would rather focus on her own studies and discipline.

Though unknown to her sister, at a young age they were playing at their house, and Jaina's control slipped, hitting her sister in the head with her ivy powers, and nearly killing her. Their parents managed to repair the damage, and though Jenna lost the memory of the incident, she still has a white lock of hair from it.

Jaina has been doing her best to keep her magic hidden and under her control, but seems to be slipping more and more frequently. Steve Shunpike gave her the advice to start using wandless magic, so she's been practicing that non-stop. She also has become close to Faith Bagman, who's become her only real friend. She learned basic legilimency to help Faith figure out some problems she was having with memories.

The Norwegian Magical Government is run by a Monarchy, to which Jaina is the Princess and Heir to the Throne. When she's ready her parents will step aside and allow her to rule the Country. While the muggles don't realize their royals are magical, they rule both the Muggle and Wizarding Communities in their country, so it's a big responsibility. Having all this laid in her shoulders from a young age has made Jaina has only heightened Jaina's drive to not fail.

Her Mother was an only child, but her Father had a sister named Marita. Her family lives nearby and help rule the Country as advisers. In fact, her husband (Mathias) works daily with Jaina's Father and is his right-hand man. They have seven children, the youngest of which are triplets (Lisbeth, Lukas and Lucia Ostberg) and of course if anything happened to Jaina and Jenna before they had children, their family would be the next rulers of the Country.

As a Slytherin, she can be sly an cunning, but tends to be a loner more because she's worried about the safety of those around her. Soon after she was born, she showed signs of having cryokinesis. Her parents assumed it was just magic showing through early, but as she grew the power and control she exhibited over ice dwarfed what even most adult wizards could do using spells. They determined that it wasn't magic, and was in fact something different, though what they couldn't determine.

She has the ability to control ice with her thoughts, shaping and moving it with a gesture. The form it takes varies on her mood, form small icy whirlwinds and gentle winter breezes tinged with ice when she's happy to jagged sharp ice crystals when she's upset or worried. The more she worries about the ability, the more trouble she seems to have controlling it. She often wears lacy gloves on her hands to help her control it, though it's more a mental control than the gloves actually doing anything. Her biggest fear is hurting or killing someone near her because she can't control her own abilities. She works hard on control, and though she mostly succeeds she still fails often enough to cause her worry.

This character's user is Bond_em7

Retrieved from "https://dumbledoresarmyroleplay.fandom.com/wiki/Jaina_Nordskov?oldid=1092845"
Community content is available under CC-BY-SA unless otherwise noted.