Currently has no idea, doesn't have the time to care either

Anything he can work to

Jesse is and has always been a hard worker. Resilient in everything he does, he works mercilessly to every accomplishment he makes, and while he typically believes in playing fair, he isn't afraid to play dirty to get there either. His perseverance is unmatched, and he's never been one to quite. In fact, no one's even sure if he knows what quitting is. Certainly isn't in his vocabulary at this rate, since he refuses to all the time. Even when he knows he's pushing himself too hard and really should quit, he never will unless an outside force makes him. Even then, it's more likely to provoke him to work even harder than get him to stop.

Dedicated to everything he does, Jesse puts his all into everything. He will never bullshit a single thing and makes sure if his name is on something, it's really worth it. He has immense pride in the things he does and works day and night to excel at them. He can't just give up on something because no one else sees it. As long as he still has the vision, he'll keep going, even if no one will stand beside him. Just like he doesn't give up on his own personal projects, he doesn't give up on other people either. He's quite loyal, so much so that it seems to bypass his more worse character traits. Unlike his father, he'll never sell you out or kick you off at the last second. When he promises something, he means that shit, and he's just as trustworthy as he is ruthless.

Ruthless should really be Jesse's middle name at this point. Along with incapability to keep his workaholic nature in check. When he does something, he does it well, and he's cut throat towards anyone or anything that gets in his way. He's straightforward and constantly focused on his goals, rarely taking his mind off of the things he needs to do to think about the things he wants to do. He never really takes any true leisure time for himself outside of relieving stress by doing fifty laps in half an hour with no breaks because apparently, that's "fun". He's never had a day to relax in his life and it's evident in his rigid and unrelenting nature. It's been on record he's collapsed multiple times from overworking himself but does he care? No. He keeps doing it, in fact, instead of resting like everyone tells him to, he pushes himself even harder like that's somehow going to counteract the fact that he isn't getting the proper rest he needs.

Moving on, Jesse's not all work and no play on the outside. Most of the time, he plays as a charming caricature who seems to be popular with many people, managing to slip his way into the hearts of many. He's a social god who seems to know exactly the right thing to say at exactly the right moment, can sway his teachers with just a few well-mannered words, and pretty much makes anyone swoon by simply walking by and smiling. Of course, he knows how well he can get along with other people, so he typically uses it to his advantage to get ahead. If there's one thing he's never been, it's honest. Honest with other people, honest with himself, honest in general really. He'll never let you into his head and let you know what he's thinking. Just like he's never honest with his own emotions. If there was a trophy for being unable to be emotionally and mentally in sync with yourself, he'd probably win it.

Name one time Jesse's ever been honest with himself. You can't because it's never happened. He refuses to admit a number of things, examples being that he can't be perfect at everything, that he needs sleep and food and water to function, and that acknowledging his mental health is well... good for his mental health. He just can't do it. What's the use? There's more important things to do like beat his four siblings in the competition for his father's company's CEO spot. He can't afford to take a break or let down his guard or deal with emotions. Not worth it, so he just doesn't, even if it comes back to bite him in the ass repeatedly.

At first, the Ryus had been nothing. A family constantly stuck at the bottom since what seemed to be centuries, Markus had never dreamed of success. He had always been content with what he had, and as long as what he had got him through life, he stuck with it. Born to muggle parents living in poverty in China's capital, Markus' only getaway from the life of a poor, starving boy on the road was Mahoutokoro, the Japanese wizarding school that introduced him to the idea of ambition. Suddenly, the sky was the limit and nothing, no, nothing would stop Markus from obtaining success.

He met his future wife, Luna Min at Mahoutokoro. Luna fell in love with the humble city boy she met, and Markus fell in love with the hectic country girl Luna was. A couple of years after they graduated, but in the mean time, the two sought bigger ponds to conquer. Luna took the acting world by storm, breaking her way into Hollywood at just the age of nineteen. Meanwhile, Markus had enrolled in business school, where he met his best friend for life, Reginald Swanson. Or... well, the person who was supposed to be his best friend for life. They seemed to have clicked immediately. They were such good friends that they decided to start a business together, one that would change both of their lives forever. Unfortunately, it would be for the worst.

Markus and Reginald worked day on night on a project that would take the world of technology by storm. They called it MEMRS and it would revolutionize AIs far beyond their current capabilities, make them more efficient, more versatile, and easier to program. It was to be the first thing that their co-company called ACE was to launch. Months before the launch, however, Markus was swayed to do otherwise. His brother, as well as his girlfriend, kept convincing him that he didn't need "this rich prick" on the project with him and should just take the whole thing for himself. Markus was highly skeptical throughout the constant proposals, but eventually his resolve weakened and Luna managed to convince him he was doing the right thing.

In the months leading up to the launch, Markus began secretly removing Reginald's mark on MEMRS. He removed all traces of his best friend's contributions and debuted the program a week early without Reginald's name on it. While Markus still felt quite guilty for the whole ordeal, he didn't have time to resolve because before he knew it, there was a lawsuit at his doorstep waiting to be dealt with. After careful planning and coercing with his attorneys and lawyers, Markus managed to win the case and shut down the lawsuit, however, the damage to their friendship had already been done at that point. The moment the news came out that Reginald lost the case, the news was constantly publicized for two years alongside another onslaught of rumors fueled by Reginald and Markus' feud.

Before he knew it, Markus had lost both his best friend and his definition of success. He kept pushing on though, with his wife and brother constantly reminding him everything he did was the right move and never letting him hold himself accountable for the terrible decisions he had been persuaded into making. When Kings Corporation arised two years after the lawsuit, Markus' guilt turned to bitterness, and he was determined to beat "this rich prick" at anything that the other challenged him to.

As ACE thrived and continued on more projects, Markus and Luna spent some time to themselves. Oh, and spent time making kids too. Lots of them. Five in total actually. First there was Lukas, the eldest who should've been slated to take over the company if it wasn't for the fact that Victoria, the second eldest wanted it too. You bet your ass Jesse wanted it, even though he came third. And don't overlook Connor, the second youngest, or Reyna, the youngest, who definitely slit someone's throat for that position as CEO. Likewise, Jesse was born into a competition, so he treats everything else in life as a competition as well.

It was evident since day one, Jesse didn't back down. He was that baby that no matter how many defenses you put up, he still managed to down the stairs, or into the cookie cabinet. He was resilient and did not give two flying fucks about whatever you did to stop him. Not only was he was resilient, but his sheer intelligence was already something to be feared. Not to mention, he could've very well been considered a magical prodigy, his first magical sign showing up at the age of five, younger than any of his siblings. His parents hid something from him, per usual, and he was determined to have it, so, he made a staircase with the furniture in the room and retrieved it for himself. His parents were fortunately more pleased with his capabilities than they were annoyed with his refusal to give up this stupid thing.

His hard work and dedication also shined through when he started swimming and gymnastics. Inspired by his father's story of rising from the bottom, he would work twice as hard in his respective sports, pushing his way to the top. Pushing himself even more than what should be physically possible, and definitely pushing himself much further than what was healthy to stay on top. It was the same way when he went to Hogwarts. Sure, his intelligence seemed to be matched by no other, and it was clear he was a force to be reckoned with, but there was still one more obstacle in his way. Zeus Swanson. The son of his father's rival, and the pain in his ass that refused to surrender the spot at the top of class to him, and him only. 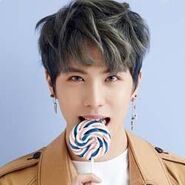 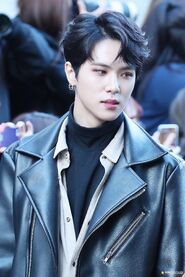 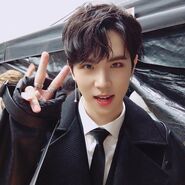 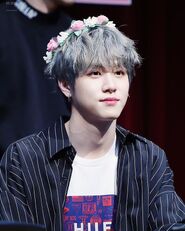 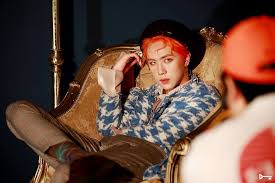 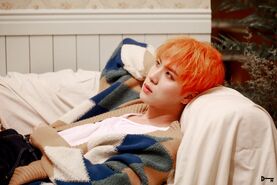 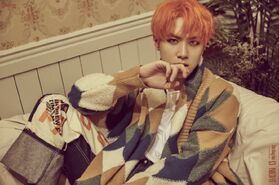 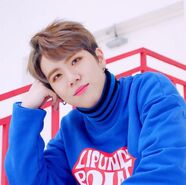 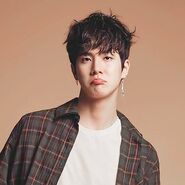 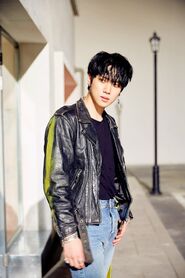 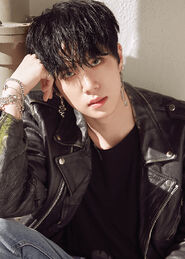 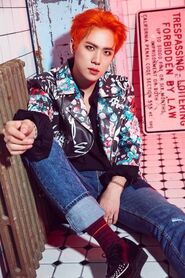 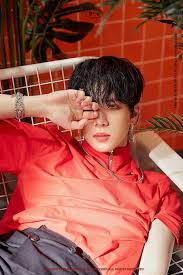 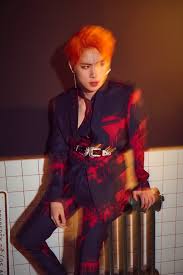 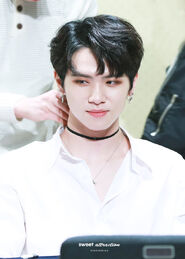 Add a photo to this gallery
Retrieved from "https://dumbledoresarmyroleplay.fandom.com/wiki/Jesse_Ryu?oldid=1074712"
Community content is available under CC-BY-SA unless otherwise noted.