Julian Ritchard @JulesR Follows you The secret of getting ahead is getting started. -Mark Twain United Kingdom Joined August 2035 2.3kFollowing 13KFollowers

Julian in one word is 'calm' and often prefers to go more with the flow than against it. Laid-back, he doesn't have a temper and is slow to react to most things that happen around him. However, he isn't stupid and picks up on most of the things that happen around him, especially with people, but he keeps his own observations to himself. He's also a bit of a flirt, not caring if the other person is taken or not, he'll try his luck anyway. However, at times one could interpret Julian as a bit arrogant, though he does this more to make fun of himself than anything else. Except, there is a part of Julian that is scared of being mediocre and wants to make a name for himself through whatever means possible.

Julian, though, has little trust or faith in the government and holds them in contempt. Because of this, he tends to disregard laws and rules with minimal thoughts on the consequences. He believes those who do believe in the system as sheep, though he'll rarely state this in order to avoid an argument (he doesn't have time for that). However, he loves to cook. It's the one area where he feels at ease and loves to experiment with it. His perfect day would be him, music and a kitchen, really, but he doesn't want to give his life to it. He'd much rather make a name for himself and a deeper legacy than a chef.

However, Julian isn't innocent. He has been known to get into fights, a scar on his eyebrow proves that. His own mentality, of course, is that it is him against the world and for that, he tends to make decisions based on what would benefit him the most and save his own ass. This could make him appear selfish and he is, in a sense. He doesn't try to be though and can often help people out, as long as it doesn't put him in danger. This could change, of course. Somewhere, deep inside of him, he has the capability to care and put everything on the line for someone. Just...hasn't found that person, he supposed and he doubts he ever will.

Julian had your standard childhood. To a degree. His parents were both upper class, though there were times you could believe they were middle class due to the father having a problem with gambling, though Josephine, Julian's mother, kept this under wraps. His parents were childhood friends, their father's colleagues in some business that Julian was never privy too. Married at thirty two, Julian was a honeymoon child, which both his parents eventually began to view his conception as a mistake. Their love for each other was shortlived and in a few short years, Josephine and Zach only tolerated each other at best. Julian grew up watching his father disappear to his beach house every weekend, doing who knows what, and had to deal with the helicopter mother that was Josephine. Growing up, Julian found himself dull with his life, feeling disconnected from the people around him. He was a proper gentlemen, like his mother raised him, but he was empty on the inside. His father never particularly cared for Julian, ignored him and never stopped Josephine whenever she became too harsh or violent with Julian whenever he acted out.

Josephine was strict. Too strict, Julian would say whenever he looked back. It was as if Julian could barely breath without his mother's permission. Though she had hired nannies to help raise him, they were rarely needed. He grew use to it, of course, it was the only thing he ever knew really. When he was eight years old, he first experienced magic. It was when he was in school, at the back of the private school his mother insist he was sent to, despite them beginning to struggle financially. He accidentally made a small bird, made out of paper, fly out the window. The little flaps for the wings even moved as well. People assumed Julian had done something to the paper but Julian was never sure what happened. All he knew is that he found himself envious of the bird able to escape. The event was forgotten in days and Julian never thought about it. When he was ten, the family hit a thing called 'debt' thanks to Zach for gambling away all their money. Selling most of their belongings, the family was forced to move in with Julian's grandparents. On one condition: Josephine had to divorce Zach. Having nothing to lose, Josephine agreed and soon Julian saw Zach for the last time. Of course, he watched his father go from the window getting into the car just when the paper's were finalised. His last image of him and Julian never cared enough to find out what happened to him.

When he was ten, he got his Hogwarts letter. First he thought it was a prank but it soon became apparent that what the letter revealed was the real thing. Josephine tried her hardest to stop Julian from going but he had already realised the opportunity this school presented. Freedom. For months, Julian argued and protested, regardless of the amount of hits or beatings he'd receive. Naturally, he was the target of his mother's frustrations over her cards in life. Eventually, she gave up, accusing him of being just like his father. Julian didn't care. He won. When he was eleven, he was being packed off and sent to Hogwarts. He got sorted into Slytherin and found his life beginning to change. He found a friend, who he fell for over the years though he never said this, found himself loosening up, losing the feeling that he was constantly walking on egg shells. He refused to go home for Christmas and spent most of his summers with Vince and his family. Up until he was twenty three, Julian has seen his mother approximately only five times. Maybe even less.

He flourished in academics, enjoying magic and everything it offered. However, his life began to take a dark turn in fourth year. Both he and Vince had gotten into small gang related business, really just for some quick cash. They became known in Hogwarts the duo to turn to when you want anything from xanax to weed. Neither dealt anything illicit, though. Eventually, of course, this ended badly. The gang they had gotten involved with had a murder and they needed a scapegoat. It was a fifty fifty chance on who they'd put it on but it ended up being Vince. The boy was sent to Azkaban and Julian was left idle. Due to this event, though, Julian lost faith in the government, believing Vince would have been found innocent if he was allowed a trial. Briefly, he tried to return and reconnect with his mother but found she wanted nothing to do with him, having heard what had happened. Homeless, he returned to Hogwarts. During the summer, he went from orphanage to orphanage. He didn't do much during these years, except teach himself how to play guitar and how to fix cars.

After graduation, he went to work as an apprentice in some mechanics. In his spare time, he was teaching himself how to fight, more for self defence though than anything else. He wasn't happy but he wasn't unhappy either. He wanted more from life though. You could even call it revenge, though he didn't know where to start for that direction. However, when he was twenty three, he began to hear of an organisation. The black parade. Deciding to join, he hopes it will give him a bigger meaning to his life. 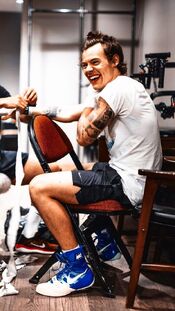 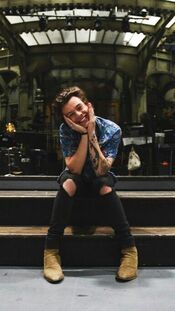 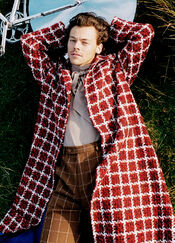 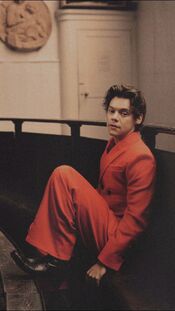 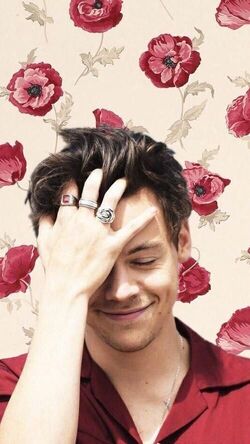 Retrieved from "https://dumbledoresarmyroleplay.fandom.com/wiki/Julian_Ritchard?oldid=1075653"
Community content is available under CC-BY-SA unless otherwise noted.