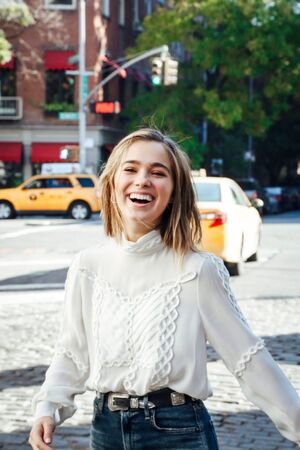 Julija is, perhaps, one of the brightest witches of her generation - from a potioneer's point of view, of course. She's precise with all she does and never skips a beat. She's a prodigy, years ahead of where she should be. But how could she not? After years of baking, Potions proved to be much more simple, though admittedly deadlier. Furthermore, this only proves how capable and resourceful Julija is. She's mentally strong and very capable of anything she puts herself up to. She's ambitious and always strives to do as best as she can.

Socially, Julija is a wonderful woman. She's kind and, though she lets herself be influenced without quite realizing, her heart is in the right places. She has a good work ethic and is very honest with both herself and others. She never shies away from anyone or anything. Not a person, not an object, not a challenge. She's very headstrong, and her courage is truly the pinnacle of her character. Everything she does, she does because she isn't afraid to take risks. She might not be reckless, doing everything with caution, but she has truly has the guts to try new things.

Though Julija tends to be very loyal, she often strays without realizing. Her choice of friends are often influenced by the opinions of others, and she lets herself be manipulated too easily. She lets others' perception of her define her, despite everything she does. She's a people-pleaser and finds it difficult to rest if she knows she's upset someone, or hurt them or not lived up to previous expectations/standards they had of her. She just constantly has to be at her best - for not just herself, but others. She craves that validity.

To understand Julija's present, you need to visit her past. David Gabriel was wedded and bedded by age 23, conceiving firstborn daughter Morgan Gabriel with wife Madeline Roberts. She was a prodigy child in her own right, perfect and worth settling for. Come age five, she began exhibiting magic, and by her first year, she'd be considered a wizarding genius. And then the summer after her first year arrived. You see, she and her mother had gone out for a stroll to Diagon Alley with the intent of buying some school supplies, until the unthinkable happened: a terrorist attack. There was many casualties, and among them was Morgan Gabriel herself.

It was difficult to combat the depression that plagued them after her death, but Madelaine and David persevered and conceived a second child to fill the void left by the loss of Morgan: a darling babe they named Augustus Gabriel. Nevertheless, this did little to comfort David. He still longed to hold his daughter, and he struggled to find solace in anything that wasn't a bottle of whiskey or a flask of vodka. Not a day went by when he wasn't out drinking at a local pub or even traveling to different countries overnight in lieu of creating memories with his wife and child. He couldn't bear looking at either one, reminded too harshly of the life he lost, and often found a distraction in the form of whores.

Lidija Sinković was among the whores that he met with repeatedly over the course of four years, from the moment he laid eyes on her the evening of Augustus' birth to the moment she disappeared off the face of the Earth to tend to her unborn babe - the product of her and David's tumultuous but passionate affair. What they had was something every man could dream of, but the product was something David was very willing to pay off - until Lidija disagreed. He got angry - violent, even - and she saw herself disappearing into the wind, fleeing with her own husband who'd, like Madeline, been blissfully unaware of his spouse's scandalous affair. They resurfaced in their native county of Croatia, more specifically their old apartment in Split.

Lidija passed the babe as her husband's, and because they were so sexually active, it was a feasible thought. Their child - a girl, they soon discovered - came nine months later, and was named Julija. They were doting parents who provided everything she ever needed and wanted. Teddies, dolls, blankets, clothes, even pets - they had a puppy named Dino and a kitten named Vinko by the time she was five. Her childhood was bright and sunny and full of good memories. She has fond recollections of visiting Greece during her summers, Russia during fall, England during Winter, and Portugal during Spring. She remembers clearly the first time she helped her mum bake a cake, and the first time she ever dared try to make a pastry by her lonesome.

There was love in plenty in their household, and the love continued to grow when Lidija fell pregnant with her first actually legitimate child: Željka. Zlatko and Jasna, fraternal twins, came three years after her. The family was happy, but more importantly, they were normal. They were loved and cherished by the community in which they lived, and they showed a united front. In unity there is strength, after all, and the family of six held those words closely in the coming years, when things began to change. Come age eight, man and wife realized there was something peculiar about their firstborn: she often produced bubbles with what seemed to be her mind, good things often happened when she was in the room, and she had this innate ability to do everything perfectly. But how?

Lidija didn't realize what her daughter's abilities meant until the realization dawned on her: her family had a reputation for being able to do things with their minds. Warlocks, by any means. And if the squib's suspicion was right, her daughter had inherited her parents' abilities. Little did she know her former lover also had a magical background. Furthermore, she had to bring in her parents to explain everything to not just Julija, but her clueless husband. It was a long and taxing day, but at the very least Julija and her step-father seemed to be accepting of the news. And so it was set: Julija would be attending Durmstrang when she turned 11, incorporating herself into the elite society of sorcerers.

As had been predicted, her acceptance came when she was 11, and her parents were quick to enroll her and buy her her materials. She was off by the end of the summer, attending the boarding school and learning all about the fine arts of magic. Moreover, she didn't truly enjoy the life of a witch. All she wanted was to lead a normal life and open a bakery when she was old enough. But now - what did this mean for her? It was a very difficult thing, her adjusting to her new life, and by the time she began her second year, she still hadn't quite put together how and where she fit in. She found comfort in baking, though, and often spent her free time in the Kitchens despite constant reprimands from the staff.

At age 14, news came to light that Lidija had been cheated on. Of course her husband regretted it, though - he carried not one malicious bone in his body. He was hysterical, crying and begging for forgiveness, and Lidija couldn't bear forgiving him without coming clean: Julija was not his daughter, but rather his step-daughter. The reveal came as a shock to the man and his five - four, now - children. How could this be? How could Lidija not tell them? Who was the father? Where was he? The questions seemed to never end, and it took weeks for Lidija to be able to get it all out of her system. By the end, Julija felt betrayed. How could her mother not tell her? Nevertheless, she finished her school year early and came to the decision she wanted to find her father. David, her mother had said. He had a wife and a son, and she was sure he was still the same mess he was when Julija was conceived. But she had to find him. So she did.

When she moved to the United Kingdom, Julija wasn't sure she'd find what she so desperately longed for, but to an extent, she did. She found her half-brother Augustus Gabriel, developed her passion for baking, and eventually moved to the United States, having dropped out of wizarding education to attend a baker institute. She was eighteen when she made her return to Europe, longing to reconnect with old friends and family. Her first stop was Croatia, where she made amends with her mother, followed by the United Kingdom, where she settled down in her family's old apartment. She was lucky enough to secure the funding she needed by means of loans and financial help from her family in order to buy The Hmm Cafe from its previous proprietor, and had enough left over to redecorate the place and expand it. The renovations were finalized in time to ring in 2040, exactly on the 31st of December of 2039, and since then has lived in a fairly comfortable place.

It's currently in her plans to move out once she has the money she needs, and plans to return to Hogwarts to take her NEWTs.

Add a photo to this gallery
Retrieved from "https://dumbledoresarmyroleplay.fandom.com/wiki/Julija_Biland%C5%BEi%C4%87?oldid=1036755"
Community content is available under CC-BY-SA unless otherwise noted.