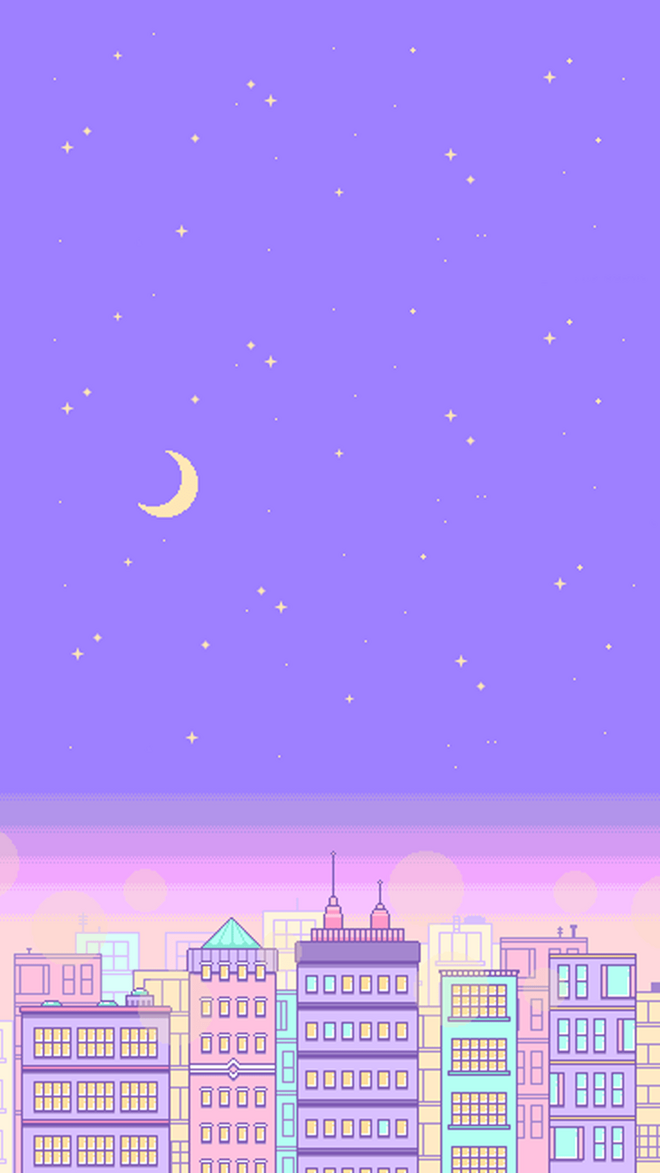 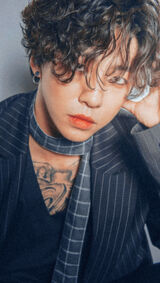 Z is what you could call a true chaotic neutral. Dependant on only himself, he doesn't rely on anyone for anything and lives by the rule, "If you can't get it yourself, it's not worth it." In turn, he trusts no one and is also extremely untrustworthy. With the only people he's loyal to being his family, you may never know when he'll do a complete one-eighty and turn on you like he never knew you. He doensn't have the time to make long-lasting connections with people and doesn't have many close friends, preferring to keep people at an arms-lengths distance so he can drop them when he needs to as well as pick up influential people that'll benefit him.

Z has a very superficial personality that changes constantly depending on who he needs to please. Despite having a natural charisma, this factor also changes depending on who he talks to. He might become more outgoing around a more shy person or become overly flirtatious with a more arrogant individual. As a benefactor of this, he has almost zero preference when it comes to his relationships since most of them don't mean anything to him anyway. Want to be his friend? There are only two requirements and you only need to fill out one of them: Be rich or be influential. If you're not either of those things, don't expect to be staying on Z's VIP list too long.

A trivial person, Z finds typically finds amusement in the strangest things. Where one would find violence exhilarating or terrifying, he finds it amusing but personally doesn't engage in it unless he has to. He often finds enjoyment in the misfortune of others to a certain degree. If someone just lost their child, he'd be more empathetic than per se, someone who broke up with their significant other. In fact, Z has a soft spot for a few things, and one of those things is children. He loves children. He can't help it. There's something about them that warms his heart like nothing else. Dare even suggest hurting a child? He definitely won't be laughing along then.

Although he appears to be a complete lone wolf, to the few Z is loyal too, his loyalty extends to the extremities. He would literally do anything for them, just say the word. He's known to be a ruthless executor though. If you give him a job, he'll get the job done--as long as it benefits him. He has a very distinct moral code that bends according to different situations so one day he might not find it okay to steal but the next, he's stealing everything in sight. Almost everything is subject to these random changes, as he's never been known to be a very consistent person.

You have to admit, kid's a genius. Graduated with flying colors, aced every class, every test. Never worked a damn day in his life for all of that though. The fact is, Z is a bit spoiled. He knows the reality of life and understands he won't always get what he wants, but he also gets a bit pissy when he's been denied something one too many times. when he wants something, he wants something and he's bound to have it, whether you try to stop him or not. He's incredibly stubborn like that and even though sometimes it comes in handy, other times it's an irritating disadvantage. 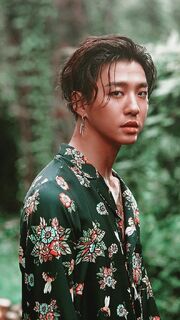 The Kang Clan is a family of very wealthy South Koreans that acquired their money through questionable means. No one knows how they came to their wealth, but no one bothers to question the powerful tycoons. It's still a mystery, but most believe the family makes up its own mob. Kang Minjoon was quite prominent in this world, older brother of Kang Taejong who seemed to have distanced himself for the "safer" route. Minjoon had always lived for risk of the dangerous life a majority of their family lived, so unlike Taejong, he plunged himself deeper into that life.

He met his future wife in a predicament that didn't come to light until a few years later. For the sake of peace long enough to re-negotiate territories, Park Joora and Kang Minjoon married. Even though they planned to split a year after, against all odds, they ended up falling in love and staying together. Joora wasn't a giant fan of the mob boss life that Minjoon lived, especially as she felt that she was constantly in danger. She tried to convince him to drop it but in the end, what really got him to try and turn over a new leaf was the news that she was to give birth to twins.

Surprising anyone who asked, Kang Junhee was born the younger twin, and the younger twin is always complete havoc. Since he was little, he had been causing trouble for his parents. Fighting servants, fighting his cousins, fighting other kids. Well, that was the easy way to describe it. Say he was just fighting because more often than not, it all ended in arguing and sometimes physical altercations, but it always starts with Junhee being a little shit. Or well, a smart little shit.

You see, Junhee liked to gamble. What was an eight-year-old doing gambling, you say? It was a habit he picked up from his ol' man, who gambled a lot, often publicly (well, as publicly as you can get without getting arrested). With plenty of money to spend and quick wit, Junhee quickly found enjoyment in gambling even if it was small stuff like betting on the playground. He found any game of chance some of the most interesting. This later made him incredibly found of using Russian Roulette as a way to get rid of unwanted pests.

He had his first magic experience on the playground though. No, he wasn't gambling, he's six, he doesn't know what that is yet. It was with his twin brother, Hyungguk who had managed to injure himself by falling off the playset. They were six, it was a high fall, so obviously he started crying. Hyungguk's crying made Junhee cry too but he wanted the other to calm down regardless, so he hugged him. What neither of them realized was that the cut had healed after Junhee pulled away.

The two began attending Mahoutokoro at age seven as did most children in the area. Junhee thrived a bit too well at Mahoutokoro. He became quickly liked throughout the years but also quickly gained a reputation for being a bit of a playboy (rumors spread by bitter exes who didn't understand Junhee's vision of commitment was pretty much nonexistent). Regardless, he went through school as a favorite of all his teachers--which was ironic considering he only seemed to behave when they were around and was reported by students all the time to be quite problematic.

When he graduated, he returned back to Incheon to assist his father. Joora had long moved out to a house in Dubai, where Minjoon visited often when he wasn't... busy. Quickly from the young age of 18, he found himself wrapped up in risky situations, near-death, and the addicting game of chance. Things don't change much in three years. 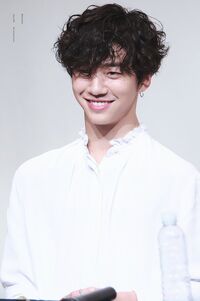 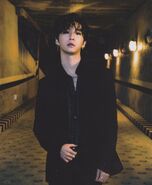 Add a photo to this gallery
Retrieved from "https://dumbledoresarmyroleplay.fandom.com/wiki/Kang_Junhee?oldid=1039718"
Community content is available under CC-BY-SA unless otherwise noted.