Start a Wiki
This character has been requested to be preserved by Bond_em7.

Karith is the Slytheirn Quidditch Captain, Slytherin Quiddich Seeker and prefect. He's in his 6th year at Hogwarts, and specializes in Transfiguration and Defense against the Dark Arts, and received O's in both of those OWL's. He is a pure-blood, as the rest of his family has been for generations. He's very good at a lot of things, and knows it.


Tall and strong, Karith has quite the physique. He runs hard Quidditch practices, that are described even by his team as brutal. He also gets up early every moring and runs laps areound the lake to keep him strong. He has a handsome face, with short dark hair, and deep green eyes. 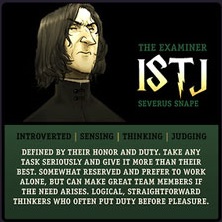 He can come across as arrogant, though he sees it as pride in his family and House. He doesn't discriminate just because people are from other Houses, but he doesn't go out of his way to be friendly with them either. He can be kind, but generally isn't in public. He adamantly defends those from his own house, and will always side with them, even if he knows they're wrong. He can be very sly and cunning, and can lay traps for weeks or months out.

His parents married young, and are both purebloods. As a pureblood, he has lots of relations both at Hogwarts and already graduated. He is cordial with family, even if he doesn't know them. He also has a younger brother Ferlen whom he doesn't really talk to much. His brother doesn't really hold with their family ideals, and was sorted into Hufflepuff.

Karith hasn't gone on a serious date for over a year. Last year he was focused on his Quidditch and OWL's. However, this year he's looking to find a girl to start dating. Of course, she has to be Slytherin and pure-blood, but that's not too hard to find. He isn't really sure what he's looking for, but he's open to trying a relationship.

Karith is known for his talents in a variety of fields of magic.

Dark Magic: As a pure-blood, Karith was taught much about the Dark Arts from a young age. He was taught many powerful and very dark spells, specifically those designed to affect and confuse the mind. Without the choice of the Unforgivables, he is known for casting a more powerful version of the confundus spell leaves the victum completely confused for over a day. He also specializes in memory magic to make his victums forget he was ever around.

Transfiguration: Karith's best subject is Transfiguration. He is easily able to conjure things, change things, and banish things. He also can do transfiguration on a large number of objects at once. He also has learned to transform himself into his animagus form, but nobody knows or has seen what form he takes.

Potioneer: Karith is above average at potions, but not exceptional. He doesn't really care for the subject as he doesn't see the use in ordinary life.

Non-verbal and wandless magic: As a pure-blood, Karith was taught to use non-verbal magic as soon as he was able so that he could have an advantage over opponents and fellow schoolmates. He also learned that because of his powerful magic blood, he had the ability to do some spells wandlessly. As he's grown, he has practiced more complecated spells wandlessly, and though he succeeds, they leave him very drained.

Duelling: Since most purebloods resort to duals to settle disputes, Karith was trained how to dual young. He learned both magical dualing, and martial arts. He can hold his own in hand to hand combat, but his real love is dualing with wands or swords. He is an expert with swords and blades. He also is very talented with his ward, especially as he can attack his opponent's usually weak guarded minds, and can protect his own with exceptional skills.

Retrieved from "https://dumbledoresarmyroleplay.fandom.com/wiki/Karith_Black?oldid=1019098"
Community content is available under CC-BY-SA unless otherwise noted.