Puppies or kittens - both are good

Doesn't have a favorite

Smiles when he thinks someone's lying, taps out song rhythms with his fingers when he's bored, laughs before being tickled because even the thought gets to him

Winning the "where's the lady" games that are usually rigged, exposing fake magic

Kit is a complicated person. He's closed off and reserved, and he doesn't really crave that social aspect of his life the way most kids do. He's used to solitude and he's okay with that. He'd rather be by himself playing piano or something than actually interacting and making friends. He'll break that rule to play some futbal though. It's not a fun sport to play alone.

Despite being closed off, Kit is an extremely attentive person. He notices peoples' needs and then meets them. He's done this with Pima their whole lives. It may be the older brother in him, but when there's a person in need, Kit steps up. Most of the time it's begrudgingly, but he still does it. This can also be seen when he works with animals. Kit volunteers at animal shelters all the time. Some even offer him summer jobs. He loves being able to handle the baby animals. That's one time you'll see this cold guy drop his guard. Just give him a kitten or puppy.

One trait that dealing with his parents (and Lee for that matter) is seeing through people's crap. Kit is kind of like a lie detector in a wizard body. He can't help but smirk or scoff when he sees someone lying. More often than not, he gives them away before the liar himself does. His favorite people to expose are people who do fake magic. He thinks it's funny, though he'd tell people he's just trying to rid the world of fakes.

Patum and Kamon had known each other their whole lives practically. They went from childhood friends to preteen acquaintances to young adult strangers. By their late teens, the two were in completely different circles. Kamon was the nerdy type who didn't have many friends, while Patum was the partying popular girl. It was pure chance that Kamon was the first guy Patum recognized at the bar after being dumped. Kamon was her rebound, and while she didn't really care for him, he was in love with her. By some miracle, the two stayed together and eventual got pregnant. They had a shotgun wedding where little Kit was the baby bullet.

Kit was born in Miami, Florida where his mother continued her partying and his father became a recluse. Kamon realized Patum was a terrible woman who cheated on him and refused to take care of their son. Only problem was that he was still in love with her. Instead of confronting Patum, Kamon shrunk into a shell. He went through the day to day motions, but never really felt alive. Even when Patum began to come home in fits of drunk rages, Kamon stayed ignorant to the rampage. He shut down all together. Little Kit had to fend for himself, at least emotionally.

Growing up with a mother and father like that, Kit often felt all alone. He entertained himself and even taught himself how to play the piano. Even into his older years, Kit was fine taking care of and being by himself. Despite his crappy circumstances, he wasn't one to complain. He made do with what he had. He was a quiet and reserved child who didn't pay much attention to the world outside of his own. That changed when Pima was born.

Pima became Kit's whole world. For once, there was someone who had the same parents he did. She experienced the same crappy family. Although she was just a baby, Kit knew that he wasn't alone anymore. There was someone who would finally understand. Kit relied on Pima emotionally, while Kit physically took care of Pima. He was the one to feed her, rock her to sleep, and play with her. He loved every minute of it. Pima seemed to be the only one that broke through that wall of his.

At age six, Kit showed his first sign of magic. It was a simple bit of magic, but it changed the way his father saw him forever. Kit was just playing with Pima, trying to make her smile and laugh. He used her favorite blankie to play peek-a-boo. At some point, the blanket was moving on its own. Kit was using magic to play with her. Kamon happened to walk in and see. All he could think was that his son was just like Patum. It didn't matter that their personalities were completely different. Kit was now a wizard and that was enough to be grouped in the same category as his mother. Kamon treated him differently after that. If he had been distant before, now he avoided Kit like the plague.

As he grew older, Kit continued to build his walls up. He never felt comfortable getting close to people so he didn't bother. There were only two exceptions to that attitude: Pima and Lee. Kit practically raised Pima. He didn't mind though - he loved her very much. They really helped each other honestly. When the stress became too much, Pima would just hug Kit and everything was better. When Pima was frustrated, Kit would teach her piano. They were a dream team. And for a while, it was just the two of them. That's when Lee popped into the picture.

Lee Thompson frequented the animal shop where Kit volunteered. Animals, like piano, helped Kit escape from the world and its problems so he would spend his time at animal shelters during the summers he wasn't at Hogwarts. He got to know Lee since he was there so often and truly came to care for the other boy. That was when Kit realized he was into guys the way he's never really been into girls. He thought his crush was one-sided until one day he found out Lee was allergic to the cats and only came to see Kit. They started dating after that.

About a year later, the two had a falling out. Harsh words were dealt out and feelings were hurt. It was during that argument that Kit found out Lee had been cheating on him on and off. They broke up and suddenly it was just Kit and Pima again. To this day, Kit has trust issues and has a hard time opening up to people. Those walls are just better to keep up in his opinion. 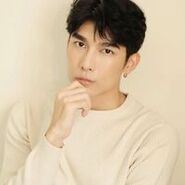 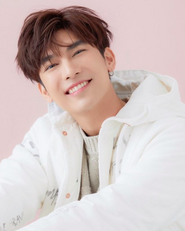 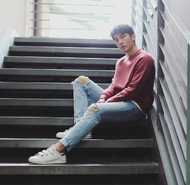 Add a photo to this gallery
Retrieved from "https://dumbledoresarmyroleplay.fandom.com/wiki/Kit_Sinnakuan?oldid=1089593"
Community content is available under CC-BY-SA unless otherwise noted.