Krystal is a fifth year Ravenclaw. She's known for being exceptionally intelligent, a bit shy, and kind, however she can be easily irritable and rude. Her best friend is Declan.

Krystal is a bit unsual; her long, wavy, dark hair sets her apart well enough, but her quirky personality makes her stand out all that much more. She's loud and musical, and quiet and withdrawn, all at the same time. She's a bit of a pessimist, often viewing things as worthless, or not worth any time - one of those things is herself. She spends a lot of her time making sure others are ok, and doesn't worry about her own well being. However, she has a great friend to do that for her - Declan Stump. In fact, they often spend their free time fretting about the other's health, both physical and mental.

When in class, she has a bit of a hard time focusing, often needing pokes and prods from classmates or Professors. However, she's highly intelligent and is usually able to understand things the first time it's taught to her; even if she's not giving her full attention to the lesson. This is often frustrating for her friends and teachers, seeing as she's not paying attention; how does she know it all?

She's often very hard on herself; "Work harder!" "You can't do it, stop trying!" "He doesn't like you. She doesn't like you." Constant "No I can'ts" play through her head, which often upsets Declan, as he cares very much for her, and sees the best of everything come out in her when he's with her. He loves her voice, her laugh, her smile, and tries hard to convince her other people find the same comfort he does in her presence. She often disagrees, however, and insists she's worthless and in the way of everyone having better friends.

Krystal was born April 21st, just six days before her best friend, Declan. When she was growing up, she was always with him; Pete, a muggle friend of theirs, was with them a lot as well. She, like Declan, discovered she was not normal at a young age. Around two years old, she began displaying magical abilities. Her mum and dad were overjoyed to find out their daughter was a witch.

When she turned eleven, she got her Hogwarts letter, as expected. Declan got his too, and they began planning their trip to Hogwarts, and how much money they could afford to spend on supplies. During her second year, when Declan began to gain weight, she helped keep his confidence up, and making sure he was ok. Over the next year, she aided him with his appearance and told him he'd be loved no matter what he looked like; she began to develop a crush on him. The two have been nearly inseparable, and even have a few classes together.

Krystal stands around 5'2", and weighs in at about 123 pounds. She has beautiful brown, thin lips, curly, dark brown hair, and clear skin.

Krys and Declan out to eat.
Add a photo to this gallery 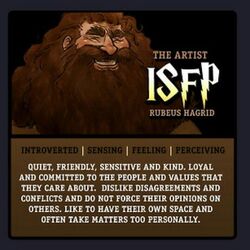 Krystal's cat, Patrick.
Add a photo to this gallery

Retrieved from "https://dumbledoresarmyroleplay.fandom.com/wiki/Krystal_Waters?oldid=1075757"
Community content is available under CC-BY-SA unless otherwise noted.