Layton is very much the human embodiment of the term 'happy-go-lucky.' Though some wrongly perceive this as innocence, it is a true testament to how he does his best to let nothing under his skin. However this does mean, at times, that he takes things at face value and is thus sometimes labelled as gullible. His positiveness has been referred to, by some, as exhausting and that is something he does take some pride in. Layton enjoys being the source of happiness for those around him, that in itself stemming from doing all he could to cheer up his older brother and mother when he was younger. Though he can take things at face value and prioritises making people feel happy above most everything else, that doesn't mean to say that Layton trusts easily and blindly puts his faith into everyone he meets. Layton is an incredibly observant individual and there's not a moment where his brain isn't analysing something, whether that be a person or a concept. Layton calls most people his friends but it's only a select few that he considers close enough to entrust with his secrets, deeper feelings and thoughts on more controversial matters. Given his analytical tendencies and outspoken pickiness when it comes to these friends, this process stands as a testament to how thoughtful Layton can be. He may be happy to surround himself with everyone when he wants to make people happy but, when he wants a more personal and intimate time with closer friends, Layton becomes weary and doesn't include everyone in said circle. A trait that sums up Layton wholly alongside his happiness is that of his loyalty. Layton is an incredibly loyal individual and is definitely a 'ride or die' type of friend for those he's closest too. He will stop at no end to defend someone's image and will happily put himself in harm's way if it means protecting someone he cares for. This is, in part, influenced by his brother's fight for custody over him and that shows with how Oskar is the person that Layton is most loyal to. Though he makes up his mind for himself, Layton values the opinion of his older brother and has been known to drop friends and romances because of Oskar's disapproval. Layton is also an incredibly dedicated and driven individual. Known for gaining random hyperfixiations, he dedicates himself to learning everything about it before dropping it. This sense of wanting to accomplish something and finding self-motivation to do so is prevalent in many other areas of his life, namely schoolwork. Whilst not necessarily the most intelligent academically, Layton does his best to persevere and make his efforts known.

Once upon a time, Lucy Goth had no worry in the world. She had been born in a well-to-do pure-blooded family as an only child and, naturally, she got near anything she wanted. She had an admirable sense of humbleness to her, sure, but it was undeniable that she was a little oblivious to how good her life was. Subsequently, it was a shock to nobody that she didn't react too badly to her getting somewhat sub-par grades when it came to graduating Hogwarts; after all, she had been destined for a job in the Ministry under her father's small team in the Department of International Magical Cooperation. Lucy had felt guilty of that but, it was as her Dad had said, a small dose of corruption never hurt anyone.

It was this job that took Lucy to Berlin where she'd eventually meet Felix Kühn, a slightly older man who worked in her equivalent at the German ministry. It didn't take long for the two of them to be involved in a whirlwind romance and a year later the two were married with a child on the way. Some nine months later and Oskar was born, making them a perfect little trio. Life was good and no different from what Lucy had envisioned her life being like. Her husband was rich enough that she could step away from work and assume the role of a housewife and live in their perfect white picket fenced house. It was a living dream for her and she had no intentions of waking up.

Life, however, had other ideas for them. Around Oskar's fourth birthday - the time where the young wizard was trying his best to coax his first magical experience out - Felix was taken ill with little warning, halting life around Lucy and Oskar. His health deteriorated rapidly and in a matter of weeks the Kühn patriarch had passed. It was a weird, dark time for Lucy and Oskar. With Felix having little family of his own left, the two inherited most of his fortune and were able to fund the lifestyle they were used to for another year or so. Lucy did a lot to keep up appearances and try and act as if everything was fine but, after a particularly bad week of mental breakdowns, grief and Oskar being no closer to revealing his magical ability, she dropped everything and relocated back to her hometown of Oxford.

It didn't take long for Lucy to meet another man and, with the grief still prevalent in her life, it didn't take her long to latch onto the first man who didn't seem like a total scumbag from the get go. David Snowdon was much how you'd expect a well off pure-blood who was high up in the ministry; articulate, intelligent and undeniably charming. Lucy happily rushed into a rebound marriage with him and ignore all advice from outside sources. It wasn't long before the two had a son of their own, Layton, and everything seemed to slot into place or, at least, that's how Lucy always tried her best to present it as.

Layton had a good life growing up and didn't know that anything was amiss in his parents' marriage. He had a doting older brother who, sometimes, suffocated him with love but it was all with good intention. An inquisitive, adventurous infant carried those traits through to being a toddler and a child, it being no surprise to anyone that you'd often find him climbing a tree or wandering off the trail when the family took walks. As he grew older, he and his brother shared more similarities. They both were incredibly close with one another with Layton being the first constant in Oskar's life for a while and Oskar being an admirable older brother a young Layton could look up to. The younger often did his best to impress and entertain his older brother and it was during these times, when he was just four years old, that he had his first magical experience.

The two were kicking an old football about in the back garden when Layton made it hover for a few seconds. Both were engrossed in the action and spent the remainder of the afternoon trying their best to recreate it. Finding out that her second son was a wizard brought some sense of peace to Lucy; she had never resented Oskar for being a suspected Squib but she had suffered a lot of torment at the hand of her husband who was convinced she carried a defective squib gene. She had been warned that, if Layton was a squib, she'd regret it and would never be able to have anymore 'bastard squib children.' In fact, the revelation of Layton being a wizard did a lot to calm some of David's anger. He had outbursts still but they were much fewer and further between than what they once had been.

A wizard son was never enough to keep David around, however. When Layton was seven his father abandoned the family on the account of not being comfortable having any more children with Lucy, mentioning the gene again. Having forbade Lucy from working during this time, he left the three of them in a bad financial state. Lucy had tried to get her job at the ministry back but with her father gone and her having inadequate qualifications to back herself up, she was unable to earn the money she once had. Subsequently she took odd jobs here and there; Oskar even pitching in to make ends meet with the muggle money he earned from after school jobs. Layton, being so young still, was kept in the dark by his mother and brother. He was told to focus on school and that was exactly what he did.

Further tragedy that'd lead to irreversible trauma in the brothers' lives happened when Layton was ten; a few days after he received his letter from Hogwarts and a few days before his his eleventh birthday. Nobody knew how it happened nor were they able to retrace her final steps, but Lucy vanished. It was as if, after tucking her sons into bed one night, she disappeared into thin air. When they first woke up the next morning, neither son was initially worried. It wasn't until she continued to be gone that things began to get suspicious until, in the evening, a sixteen-year-old Oskar called the magical authorities. They couldn't hypothesise a reason as to why Lucy had vanished but what they did know was that the two of them were to be separated. Despite protests on both ends, Layton and Oskar were separated; Layton being taken to Lil Bundles up in Hogsmeade and Oskar staying in Oxford. From seeing each other everyday to once a year supervised, it was natural that the two suffered the consequences.

Layton went to his first year at Hogwarts a lot shyer than he had ever been in his life. With his mother and brother gone, there was nobody there that could reassure him. He was sorted into ___ and, thankfully, was able to thrive just a little bit. Unbeknown to Layton, as he studied away at Hogwarts, Oskar was behind the scenes saving up money and going through various checks to try and gain custody of his brother. It took him too long years but, by the time Layton was 13, the two were living together again. To mark the occasion of being reunited and, to hopefully ward off any future attempts to separate them, both of them hyphenated their surnames and became Oskar and Layton Kühn-Snowdon. 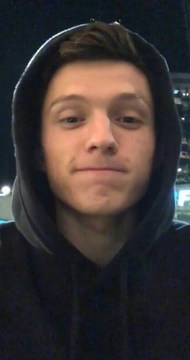 Retrieved from "https://dumbledoresarmyroleplay.fandom.com/wiki/Layton_K%C3%BChn-Snowdon?oldid=1071719"
Community content is available under CC-BY-SA unless otherwise noted.