If you open up a dictionary and search up the definition of protective, I guarantee you that Leila's face is right next to the definition. She's the epitome of protection and is constantly watching over and worrying for her loved ones. Even as the youngest in her generation, she's felt the need to take people under her wing since she was born, and whenever she sees someone in need of love and protection, she's there. She's always been the mamma bear type, worrying about her friends and even complete strangers, and isn't one to wish harm upon anyone. In fact, she can barely kill a fly without feeling bad afterwards. She worries so much about other people, she kind of forgets to worry about her self sometimes. While she isn't one to let her wounds show, it becomes evident after awhile of knowing her that she has a lot on her mind and is constantly struggling against her own inner demons. She's had a history of panic attacks and suffered from General Anxiety Disorder for a long part of her life. Combining this with her concern of others over herself, she often puts herself in situations not good for her own health and worsens her own mental condition.

Leila's a fighter. She has been and always will be. She fights for everything, whether in the metaphorically sense or the physical sense. Growing up on the streets of both Haiti and New York, she's experienced her fair share of violence and knows how to fend off aggressors and anyone who wants to do harm. But even more than that, she will fight for her dreams and her ambitions. She's always been an ambitious person, and while she wants to get there in an honest and humble way, at the end of the day, she'll do whatever she needs to do what she needs to do or get what she needs to get. However, more often than not, you won't find her fighting for herself. She's always been one for the people, putting people above her in everything. Her desires come second to everyone else's, so she fights for them first and then herself second that often puts a toll on her mental health that she chooses to ignore. Even so, she's unbelievably loyal. She will always be there for you when you need her. If you need a shoulder to cry on, she's there. A friend to rant to, she's there. She doesn't believe in abandoning people, and even when you don't see the good in yourself, she'll see it for you.

As passionate as she is about her music, Leila is very self-conscious and insecure about her ability as a rapper. Hip-Hop is her life, and she can't imagine her life without it, however, she's convinced she'll never be as good as the G.O.A.Ts (the greatest of all time) no matter how hard she works. She's very critical of herself, not just in her music, but in her everyday life. She often over-analyzes everything she does and tears apart both her individual self and her creative self. She's obsessed with making something the absolute best it can be and will not settle for average ever. Whenever she does something, even it being just homework, she puts her all into it. While this can be a good attribute of hers, it often has bad effects on her as person. For one, any small bit of nonconstructive criticism can crush her confidence immediately. While she surprisingly takes constructive criticism very well, she's easily subjective to negative responses and insults, and tends to magnify the effect of those harmful words in her own head and take them as fact even if she knows deep down they're not true.

In other pressing topics, Leila's not as intense as she may seem to be at first glance. Her personality is mostly very laid back, with a "go with the flow" type of vibe on her. Despite her inherent anxiety, she keeps most of her anxious thoughts and worries to herself and typically dons the persona of someone who is just here for the ride, rather than someone who wishes they knew where the hell this ride was going. She pretty much does what she wants within boundaries, and is a free spirit, only bound by herself and her own anxieties. She surprises some due to how lax she seems. Not only that, but her sense of humor is very expansive. You can find her laughing at almost anything from puns to incredibly dark humor. Her sense of humor isn't limited to anything, and she can find anything funny as long as it's in the right circumstance or context. She'll be that one person snickering in the middle of a serious event because of the way someone said something, and on top of that, she'll try to cover up that she's obviously laughing.

Leila also makes a lot of comments, mostly unnecessary comments no one needs to hear but she says out loud anyway. The better you know her, the more often you'll hear them. But sometimes she just makes them with no warning, especially when she's watching something. She's a bit of a drama fanatic, so she watches things from all over the place. American television shows, Indian movies, but her favorites are Korean dramas. She admits, a good amount of the time, K-Dramas can be extremely over the top but she can't help but indulge in them. If she's not around, she's probably in her room through popcorn at her laptop screen because the characters in a K-Drama are acting stupid again, another common past time of hers. She's a nightmare to watch movies with because she talks, a lot. She comments on anything and everything, and mostly makes comedic remarks about things happening in the plot or again, how stupid the characters are. She can of just lets her mouth run free whenever she's invested in dramas of any kind, and likes a majority of genres.

Leila Francis was born to an interesting lineage, a line of witches and wizards from Haiti and New Orleans who practiced magic unfamiliar to the common European wizard. Voodoo. Born in Port-Au-Prince, Haiti, Leila grew up with a family heavily involved in Voodoo, both as a religion and through magic. Her mother was heavily involved in Voodoo and was known to be one of most talented practitioners in the country. Her father on the other hand, who hailed from New Orleans, was more involved in the music scene, but his family dabbled in it once and awhile. When she was five, the family move to New York City to stay with Leila's cousin. They had illegally immigrated but needed to leave Haiti, as they were struggling to make ends meet with the little resources they had.

It was in New York where Leila had discovered many things about herself. First, she discovered her magical abilities around the young age of seven. While staying with her mother on the holidays as she watched her preform a voodoo ritual, she became interested in the practices and began attempting to imitate her mother. She found an old journal filled with writings in Creole by her mother, and in her desire to study them, the journal mended itself before her very eyes and the dirt and grime that once covered the pages disappeared so she could read it better. Since that day, she began her studies of Voodoo and has become very involved in both the magical practices and religion, although like her father, she's still mainly Christian.

Second, she discovered the world of hip-hop. It happened right after she began studying Voodoo. Her cousin shared a song with her and after a few repetitions, she became obsessed with the song and asked her cousin for more. So he provided. They soon bonded over their shared love of hip-hop but she delved even farther, beginning to study the greats, copy their style and develop her own. As she grew, so did her skills. She began filling up notebooks and journals with lyrics when she was just eight. Her fashion style was influenced by it as well, and she got accustomed to intertwining Haitian beads and gold threads to make her own "chains". She even came up with a name, titling her notebooks like they were albums of dozens of songs.

When she was ten, the family moved again to England to live with another cousin when ICE began to pressure them as they investigated their legitimacy as lawful residents in the U.S. This time, they managed to obtain a visa that allowed them to live in the UK with little to no qualms. This is where Leila received her letter to Hogwarts and was introduced to the world of European magic. Hogwarts was an odd experience for her. For one, the magic she's always known wasn't like European magic. They used wands and didn't have rituals and focused more on the physical and less on the spiritual. It was a difficult adjustment to make, but she managed to transition well enough into this new world as well as keep enough of her own with her. As she grew, she incorporated both her Voodoo magic and European magic practices into her own style, even going as far as teaching herself wandless magic (with the help of her aunt) to make it easier.

In the the summer in between her first and second years at Hogwarts, she was scouted by Silencio Records after a video of her rapping (recorded by her cousin) went up on Witchagram. They contacted the family, and she was later admitted into their trainee program. While her family, and eventually her as well, were elated, she was also nervous. As much as she loved being able to finally share what was in her head with the world, she was extremely nervous about it as well. She was scared for the world to hear her sound, and didn't want to disappoint. So the moment she began a trainee, she worked as hard as she can to perfect her skills, knowing this may very well be the only chance she'd get to show the world who she really was. 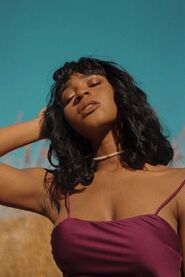 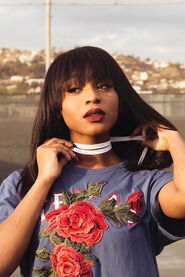 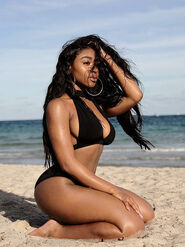 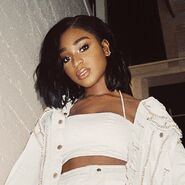 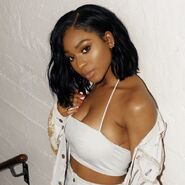 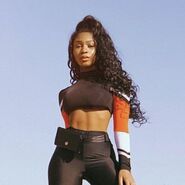 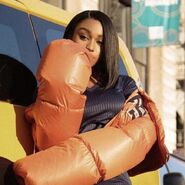 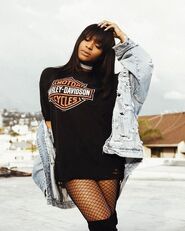 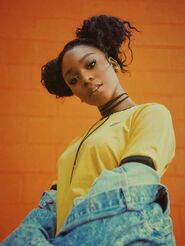 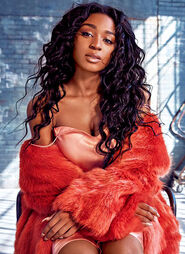 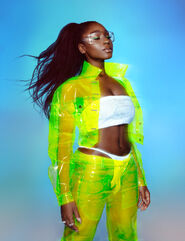 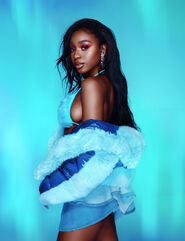 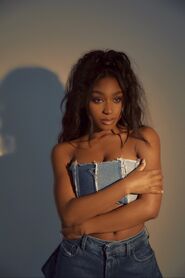 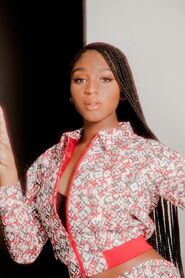 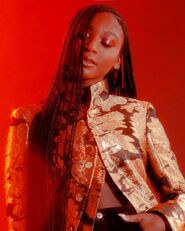 Add a photo to this gallery
Retrieved from "https://dumbledoresarmyroleplay.fandom.com/wiki/Leila_Francis?oldid=1055766"
Community content is available under CC-BY-SA unless otherwise noted.