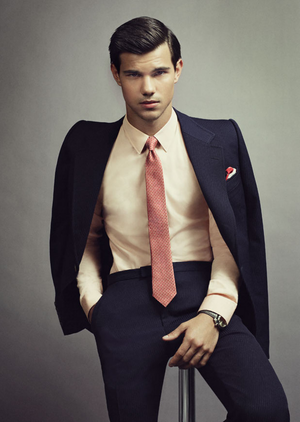 Leviticus, for the most part, is a rather calm and level-headed person. Although he is prone to having anger outbursts, he is a lot calmer than people would expect. He's someone who likes to keep the peace and keep everyone motivated. For him, teamwork is the dream work and he's always quick to implement that whenever he's in such a situation that it can be applied to. He has a carefree brightness about him; as well as wanting everyone motivated and peaceful, he also wants to make them happy - something that's stayed with him every since he could talk. He'll do a lot to make people around him happy; from telling them corny or sarcastic jokes to changing his appearance to something preposterous, he'll do it if it elicits a smile. His sense of humour is all over the place; from corny to sarcastic, childish to inappropriate - Leviticus can do it all. He calls it his textbook of humour, mostly because he feels like he knows so much but that comes with the job of wanting everyone around you to be happy. Leviticus is, however, very committed to the cause of justice. He wants to rectify every wrong in the world, even if it seems impossible. Part of the reason he wants everyone to be happy is because he felt such despair and pain in the four years after he last saw his parents, even going as far as to vow he'd never make anyone feel like that. He uses his abilities as a metamorphmagus for that; there's no length he won't go to get the truth and justice in a case - beneficial for MPH, but not for anyone he's impersonating.

Leviticus, however, has largely had his spirits dampened by the fates of his parents. He refused to let it take the whole light out of him so that he could be strong for them despite their passing, but it definitely made Leviticus desensitised the idea of death and having loved ones pass. Subsequently, he's a lot more dark in his humour than he used to be. Whereas before he might cringe at some things said, now he'd be unaffected or even laugh as it has a tendency to trigger all the pain he endured for the four years. Another result of the disappearance and death of his parents is that Leviticus is a lot more closed off with his feelings. After spending four years being reserved about them as to not be babied by his elder siblings, Leviticus just ignores any sadness. Sure it festers deep within him and he knows that when he does face his feelings, whenever that day comes, he'll be overwhelmed with years of pent up sadness, he finds bottling it up to be the most effective method for him. His anger, on the other hand, is a lot less controlled. Although he was always susceptible to outbursts of anger, Leviticus is even more prone now. There have been many a time where he has unleashed all his anger out on someone without really meaning to. Of course he profusely apologises afterwards but it's extremely indicitive of how his anger management has developed. It doesn't matter who you are or how close to him you are, he can and will get angry.

Cyrus Lavigne, the only squib in his otherwise pure-blooded family, had it easy in life in comparison to others like him. Most others, he was taught, were often disowned and left for the land of muggles (No-Maj's, really, given his American nationality) and the fact that his family hadn't done such a thing made him grateful everyday. He chose not to marry a witch, instead marrying a No-Maj woman named Emily Stockard. The two happily moved from their native Charlottesville to San Francisco in hopes of a life a little further from the wizarding world - not that either disliked it, but they wanted to create a new home for their family, their No-Maj Family.

And for a while? They were sure they had it. Over the course of their adulthood life, they had four children; Edmund, Harriet, Elijah and Marnie respectively. Not a single one of the children had inherited any trace of magical prowess from Cyrus' heritage and, for that, the couple was thankful. Cyrus knew how turbulent a young wizard's life could be and he was glad he never had to explain that side to any of his children. For all intents and purposes, the family was as happy as could be and nothing could change that... except one thing.

At the age of forty-five, Emily fell pregnant once more with what would be the fifth Lavigne child. At this point their youngest child, Marnie, was fifteen and the siblings progressed in increments of age until reaching Edmund, the oldest, at twenty. It was a shock to the family and, for a good while, terminating the pregnancy was on the table until Cyrus and Emily embraced it. All their children, now old enough to not have any grudges against a new sibling or have any childish reservations, were excited at the prospect of a new sibling. Leviticus was always special, even from his delivery. Why? It was the only one where Cyrus' parents, pure-bloods Peregrine and Mirabella, were present. Both had a strong belief that this child would inherit some magic from Cyrus, although Cyrus and Emily doubted that extremely. Still, both of them felt inclined to believe such a possibility - after all, Leviticus was the only one that Cyrus' parents had claimed such a thing. Upon giving birth to a baby boy, Cyrus and Emily wanted the child to have a name that could fit in both words; something out there and unique for the magic, should he be a wizard, and something normal for the No-Maj world. Thus, Leviticus was settled on, though Levi was all they ever called him by.

For the large portion of Leviticus' early life, he seemed normal. No magic signs and no real sign, in general, of being abnormal. None of Leviticus' siblings could understand why their parents were somewhat relieved whenever something that broke could easily be explained, but an interest for what they meant was there. They knew of magic but never knew how closely connected they were for their paternal family would always limit magic whenever they visited. Thus, whilst they didn't understand their parents' relief, all four continued to be relieved alongside them. That is, at aged four, Leviticus showed signs of not only being magical... but possessing a rare magical trait. Thanks to his hair turning bright blue, then to yellow before the eyes of his family, Leviticus was revealed to be a metamorphmagus.

Now, neither Cyrus nor Emily were particularly upset with the revelation, but they weren't excited either. Explaining to their other four kids about how close magic was to them was a little hard given all the various questions, but they managed. As any No-Maj parents would do finding out they had a magical child, the two of them went overboard with trying to proof their home so that nothing could be too badly destroyed when it came for Leviticus' first magical experience.

Although both were sure that all of their efforts would be for nought, their magic-proofing of the house came in handy. At eight years old, after being told no to getting a new toy he wanted, Leviticus fell into a temper tantrum. He ran havoc across the house until he was eventually mesmerised by a floating toy car he was levitating. He didn't know what was going on, hence the trance-like state he was in but his parents found not only relief in that his experience was the least destructive going, but also a slight sense of pride that their son was being able to do such a thing. From then on, Cyrus' family had a large part in teaching Leviticus small things about the wizarding world so he could be prepared for when the time came for him to attend a wizarding school. He still attended muggle school and had to promise his parents that he wouldn't utter a word about the magic he was learning about - even when his hair would change colour after a trip to the bathroom.

When he turned eleven, Leviticus received his letter of acceptance to Ilvermorny School of Witchcraft and Wizardry where he was sorted into Pukwudgie House upon arrival. Leviticus truly thrived in the magical world, facing every subject with a heightened enthusiasm. For him, it was infinitely more exciting that the No-Maj world and, given his abilities as a metamorphmagus? He found it even more fun as he would be able to extend jokes with friends. Subsequently, Leviticus became a fairly popular student in his year and, by the time he graduated, he had a good set of grades and a circle of friends for life.

Leviticus didn't quite know what he wanted to do upon graduation. The Magical Congress was an option but many in his year had chosen such a bath and he felt discouraged from it. He wanted to stand out and be remembered for something. Perhaps his hopes of being remembered had fell ill to a bout of bad luck. Soon after Leviticus' graduation of Ilvermorny, Cyrus and Emily had gone missing without a single trace. The No-Maj authorities looked for four years, finding their remains only a few hours away from help on what would've been the final night of their lives. A lack of mobility on the case fell down to a lack of media presence on the behalf of the No-Maj newspapers; something Leviticus resented greatly. After a month or two of mourning alongside his family, Leviticus set off for Britain in hopes of starting a new life. His hopes had realigned after the disastrous luck over the past four years and a job offering at the Minerva Publishing House presented itself to Leviticus. Deciding that the job could be his way of making a name for himself and preventing what had happened to his family happening to anyone else, he applied and, thankfully, got it.

WIP
Add a photo to this gallery
Retrieved from "https://dumbledoresarmyroleplay.fandom.com/wiki/Leviticus_Lavigne?oldid=1009300"
Community content is available under CC-BY-SA unless otherwise noted.