An immigrant from the United States, Margaret Forsythe moved to the UK after graduating from Ilvermorny. She moved into a quaint townhouse in London where she frequented a small bakery which a woman named Rashmi worked in. Rashmi was also an immigrant and the two hit it off bonding over shared experiences of being new to the country. Eventually their relationship blossomed and the two got married. Margaret, upon being married, decided to snap her wand and live in the muggle world with Rashmi, chosing to live a normal life with her loving wife.

The two ended up adopting four children from around the world, it took them time but they felt better suited to providing loving homes for children who needed them rather than spending excessive amounts of money having biological ones. First the adopted Pascoal from Brazil, then Liudvikas from Lithuania. A few year later Kaska came from Poland and Afiya from Uganda. The family was large and varied in culture but they loved eachother and that's what mattered most. Each child was given a safe and loving home to thrive in. Much to Margaret's dismay both Kaska and Pascoal turned out to be magical in nature, receiving letters to Hogwarts as well as their school of birth. Reluctantly, Margaret decided to move to Hogsmeade and send the two children to school, having to get a new wand and reacquaint herself to the world she had left behind.

Rashmi was very supportive, having known of her wife's heritage and loving her despite it all and Kaska and Pascoal went to Hogwarts having chosen their family over their school of birth, being sorted in Hufflepuff and Gryffindor respectively. Afiya and Liudvikas continued muggle schooling with little rift between them and their wizarding siblings, with nothing but a healthy competition for the mothers' affections - however pointless it was. Afiya ended up attending Cambridge where she met Professor Oscar Lovecraft and a forbidden romance bloomed between the two, kept firmly under wraps until Liudvikas found out and snitched on his sister. It wasn't like they were breaking any rules, Lovecraft wasn't her professor but the damage had still been done and she ended up transferring to another university to finish her degree.

Afiya continued to covertly see Oscar but avoided her brother at all cost, upon graduating she decided to travel using the money she'd saved throughout the years doing odd jobs. While travelling she kept in contact with Oscar, however, her mothers weren't happy with the relationship but begrudgingly accepted it as to not lose their bull-headed daughter. The two quickly got married but once they began trying for children they were face with another obstacle: infertility. Much like her mothers, she decided not to waste money with fertility treatments in hopes of having biological children and instead began adopting specifically from magical regions before returning to Afiya's childhood town where they flourished, getting great jobs and living a relatively comfortable life.

However, when the War against Creatures began, the economy plummeted and both Afiya and Oscar lost the jobs they'd gotten in Kenya, they soon also lost their home and were forced to move back to the UK where they found a small apartment across the street from Nan's Diner, which with some help from Margaret and Rashmi they could afford. They began a new life there, where they live to this day.

Lilith was one of Afiya and Oscar's adopted children, her biological mother a prostitute from Hong Kong and her father an unknown client. She lived in an orphanage for two years before Afiya and Oscar began scouring Wizarding China for a child to adopt. Lily caught their eye and before she knew it she was living in Kenya with them. She got along with all of her siblings, apart from some typical squabbles and so forth but otherwise they were just a normal family. Her first incident with magic occured when she was seven when one of her siblings was crying looking for a lost toy she managed to summon the toy from under a pile of cushions. Lilith was about ten when the family moved back to the UK and it was only about a year later where she was sent her Hogwarts Letter. For as long as she remembers she's shared a bedroom with her sister Ophelia which hasn't changed as both moved to the UK and went to Hogwarts and the two were in the same year and were sorted into the same house. 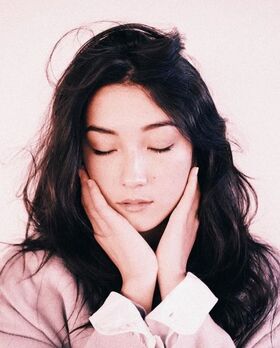 Retrieved from "https://dumbledoresarmyroleplay.fandom.com/wiki/Lilith_Lovecraft?oldid=1098214"
Community content is available under CC-BY-SA unless otherwise noted.