This Character Belongs To Anna

Argenta: Made-up, but generally derived from the latin word for silver, argentum

Liudvikas and Juozas Lombric-Argenta were born the twin sons of the Turkish man Kadri Lombric Argenta and his wife the Lithuanian Kamile Jusmaite 3 years before their sister Chanterelle. They both had a normal childhood, growing up in a large house in central Lithuania and attending a private muggle school, until Chanterelle was betrothed to some guy none of the siblings knew, Jørgen Lindgren, and they were sent to Durmstrang. Liudvikas was transferred from Durmstrang to Hogwarts in his fourth year to keep an eye on the troublesome Chanterelle.

Liudvikas had a good life up until recently, when his irresponsible twin, Juozas, died on the way to Hogwarts for the Triwizard Tournament, as he was hanging over the railing just a little too far. Since then, Liudvikas has been even more protective of Chanterelle, knowing that even though she is not as stupid as Juozas, she is just as rash. He is now planning on putting his name into the Goblet of Fire, though he knows that it is unlikely that he'll get to be Hogwarts champion. Although not liking his father, he agrees that making Chanterelle marry Jørgen is the best way to protect her from becoming a blood-traitor or, god forbid, marrying a muggle-born.

Liudvikas looks more like his father than his mother, as although he is just as tall as she is, he has his father's dark hair and blue eyes. 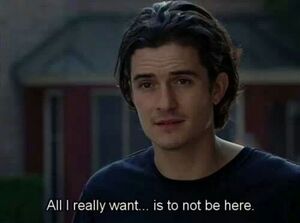 Retrieved from "https://dumbledoresarmyroleplay.fandom.com/wiki/Liudvikas_Lombric-Argenta?oldid=386753"
Community content is available under CC-BY-SA unless otherwise noted.