This character has been requested to be preserved by Jiskran.

Logan Bryan Amador
Nomadic Former Dervish and Banges Co-Owner
(This Character Belongs to Jiskran)
"For I have sworn… eternal hostility to every form of tyranny over the mind of man." - Thomas Jefferson 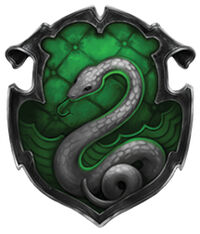 Logan was born to rich pureblood parents, Adelaine and Marcel Amador, in New York City on Friday April 13th, 2001. He grew up quite sarcastic and mean but can also be kind, charming and flirty. At age 11, he studied at Salem Institute. He studied there for 3 years until his father got a promotion and needed to move to England. Logan was transferred to Hogwarts where he was sorted into Slytherin. His Patronus is a wolverine.

He has short brown hair, a slim and a little muscular built. He has black colored eyes. He stands at 5'9' tall and has a fair skin complexion. He has long arms and legs. He mostly wears a T-Shirt and Skinny Jeans. He also loves wearing shades to sprout out his "cool" guy look to attract the ladies as he is a "flirt". Back in America, he wears a gray suit outlined with purple treads and with the school crest, a long-sleeve polo inside, a necktie and black pants. This serves as his school uniform for that said school. Given his genetics, Logan has probably reached his full adult height.

Internal assessment (not so expressed :P )

Across the four years, in a glacial manner, Logan has changed, coming to see the world as more than his mother's indulgence and his father's punishment. He has taken his duties as Head Boy most seriously, striving, in a way he never expected, to be even-handed because of the faith in him that he feels Professor Kinsel has shown by the appointment.

After a decade and half "off the grid" tending cherry trees on Hokkaido and developing Tibetan hydroponic gardens, Logan has decided to explore Europe once more, starting in Turkey and wending his way Britain-ward, the last vestiges of Amadoria clinking in his pocket to tunes new and half-remembered.

Retrieved from "https://dumbledoresarmyroleplay.fandom.com/wiki/Logan_Bryan_Amador?oldid=1029079"
Community content is available under CC-BY-SA unless otherwise noted.