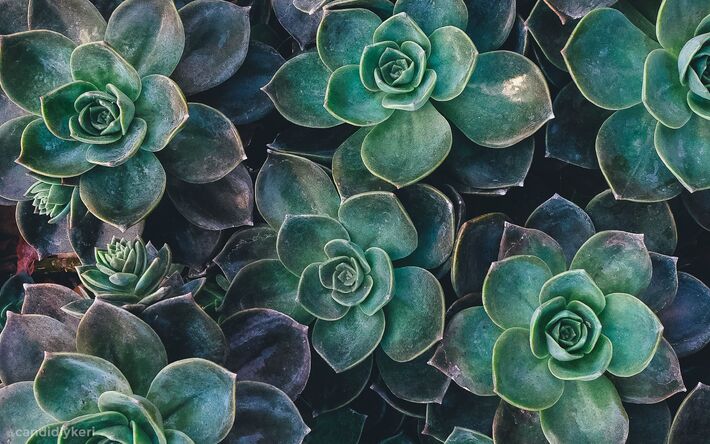 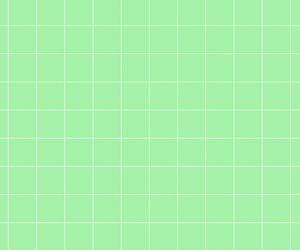 For being named after the god of mischief, Loki isn't very mischievous. In fact, he's quite the opposite. He's relatively tame and won't cause you any issues whatsoever. He doesn't really find amusement in causing misfortune for others and more often than not will be the one to stop it from happening by going out of his way to help someone. Although he doesn't appear to hone any malicious qualities, that doesn't necessarily mean he's a rule follower. Loki tends to neglect the rules regardless of the consequences, simply because he just can't be bothered to. Rules are limits to him, and limits are meant to be broken. If someone tells him he can't do something, he most definitely will just to spite them. 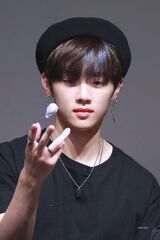 Loki seems reckless, but he really isn't. In fact, he's incredibly meticulous and thinks through everything at least three times. If does something, he wants to make sure he knows all the possible effects it could have before making a judgment call. Trust me right now when I say there are a million things that Loki has thought of doing out of spite that he choose not to do just because of this. There isn't a lot that gets him to stop though. Most of the time, he'll keep pushing something regardless of the risks unless it hurts other people. He's incredibly persistent and once he has a goal set, he'll accomplish it no matter what. Even if the goal seems just about as unrealistic as unrealistic gets. He's a determined mind and when he wants to do something, he'll do it no matter what anyone says.

Loki looks like your typical nerd, so people naturally assume he's intelligent, which is true, but what people tend to neglect in thought is that he's also incredibly resourceful as well as quick-witted. Living on the road for most of his life, he's learned to think on his feet and use whatever he can to assist him. He fights more technically than he does physically, and being one of the smaller wolves of his pack, he's learned to use his slender and aerodynamic body to his advantage. He's not the leader type, but he can assemble a plan with just a few glances around a room and nothing more. As far as he's concerned, as long as he has his wit, he doesn't really need anything else. 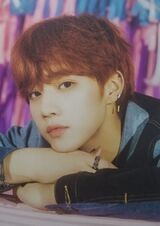 Loki is surprisingly soft spoken and quiet. He does a lot more observing than he does talking and prefers to behind the curtain instead of front and center. He doesn't mind a little attention here and there but would rather keep to himself then constantly be surrounded by people. That's not to say he doesn't like them, but he enjoys his alone time just as much as he enjoys his time with his friends. He's not an outcast or an introvert, but he's not too out there either. Just kind of prefers to be in his own bubble where everything is calm and peaceful and he can do whatever he wants without disturbance. He is a firm believer in the importance of friendship though, and values his friends like nothing else.

Extremely loyal, Loki will never abandon you, especially in your hardest of times. When you need him, he will always be there, and he's always a reliable source of comfort and reassurance. He will be there to cheer you up when you're in the dumps, and cheer you on as you cross the finish line. He's as selfless as they come, always putting other people first and foremost. Even if it's two in the morning, he'll talk to you for as long as you need and will go with you anywhere you want, just ring the bell. He's not one to complain, and if you set him to task, he'll make sure it get's done. Even if it hinders him from doing things he wants to do. 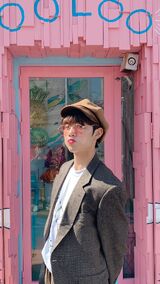 As sweet as he is, Loki is not a pushover. Not even in the slightest. He'll be the first to call you out on your bullshit, albeit quietly, but he'll do it. If you try to bully or manipulate him, he'll be quick to retaliate, and he can't be guilt-tripped. He's not into the whole toxic relationships thing, and if he finds that he's being taken advantage of or used, he'll be quick to cut you off and leave you in the dust. He's not a fan of wasting his time, especially not on people who don't deserve it. He's not too keen on second chances either. Unless you can show him you've really changed, he'll continue to disassociate himself with you, even if he's chosen to forgive you. He hardly holds grudges, but he isn't quick to forgive, and it takes time for him to truly get over something.

No one really knows how Loki Dahlstrom came about, they just know that he was the son of a widowed man named William Dahlstrom, who lived in Oslo, Norway. His neighbors never paid him any mind, and he hardly left the house unless he needed to. So when William Dahlstrom was reported mauled to death in his own house several months after a reported werewolf attack, people were stunned, but people were more stunned to find out he had a son of five years old who went missing afterward. The night of that fateful attack, Loki's father was killed, and he, just a small child, was bitten on that same night. The night that changed his life forever.

A month passed and Loki, now out on his own, had been taken in by a pack passing by. Exhausted and tired of constantly having to watch his back, he was glad to have found a group of people who seemed to be just like him. He even befriended a boy his age who everyone called Teddy. It seemed everything was going well for him, except well, y'know, the transforming into a ravenous man beast every month but whatever. Despite being a werewolf, he still had his first magic experience and everything, which delighted him more than anything, like it was reminder that he was just as normal as everyone else regardless of the curse he had.

He was eight when the first sign showed. He had gotten into a fight with Teddy after the other kept pestering him, and next thing you know, the tree beside them is on fire. After being calmed down and reassured that the fire wasn't his fault, Loki celebrated his first sign with himself, happy to know he was just as much of a wizard as everyone else. Over the years, he got interested in tech, especially computer programming and started teaching himself how to do it. He even built and programmed his own laptop due to lack of funds to buy one himself. Despite the giant question marks of his past, like where was his mother, what happened to his father, and would he ever be the same, he seems to be able to get by relatively peaceful.

If you feel like ignoring the fact that he and his whole pack have been forced into a small apartment (barely, it's like two rooms) in the Precinct. But that's just a minor detail. 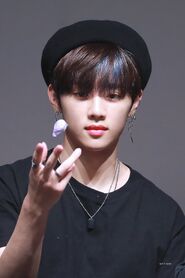 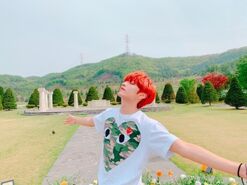 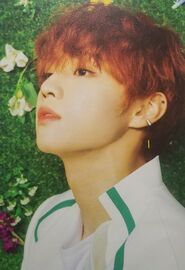 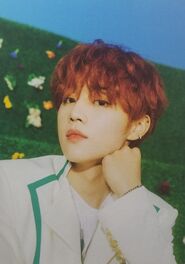 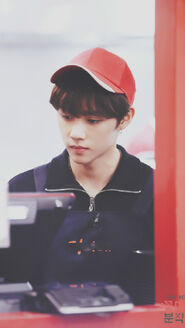 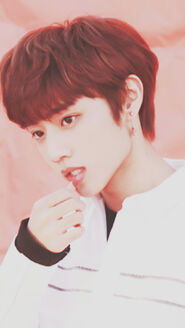 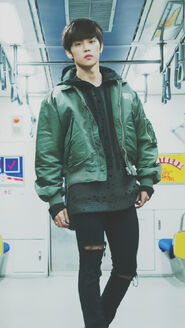 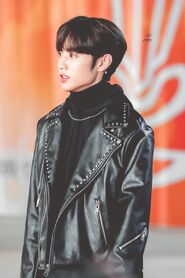 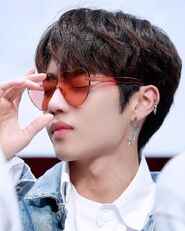 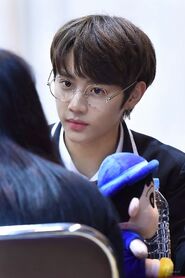 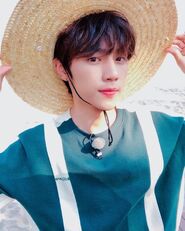 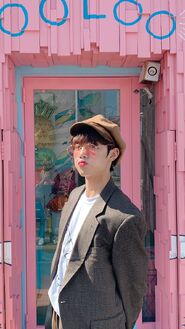 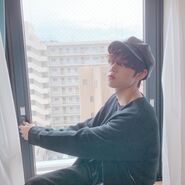 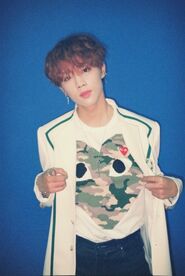 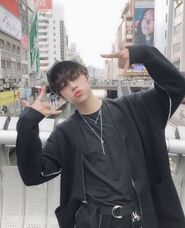 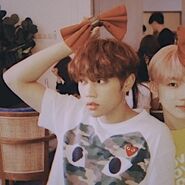 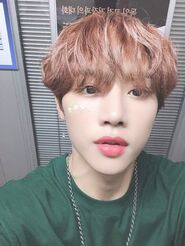 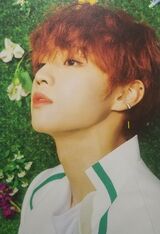 type here to search
2:23 AM
6/26/2041
Retrieved from "https://dumbledoresarmyroleplay.fandom.com/wiki/Loki_Dahlstrom?oldid=1073945"
Community content is available under CC-BY-SA unless otherwise noted.