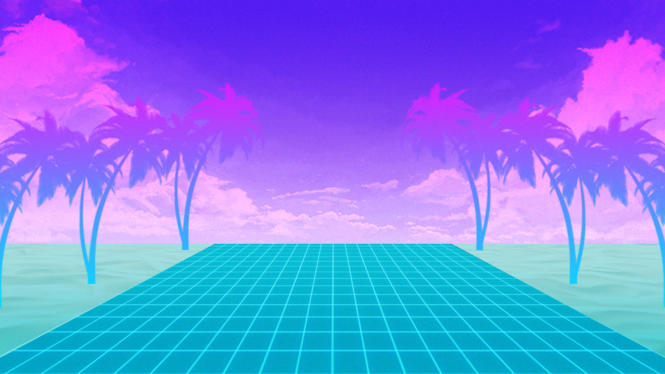 On the surface, London doesn't seem like loner. Despite the smile on his face (which he apparently claims is involuntary), London isn't as happy as he looks. He's very blunt and honest to the degree where you can't even tell if he's being sarcastic or completely serious because he's always smiling. He "involuntarily" maintains this happy aura around him, and makes it routine to greet people and say hello to strangers. He doesn't like talking about himself, but can strike up conversations with people easily. He can talk to just about anyone, no matter the gender, race, sexuality, profession, etc. He's a generally optimistic person although does take reality into perspective. His form of negativity is just realism because London doesn't have a pessimistic bone in his body.

London's cheerful persona isn't fake at the forefront, just exaggerated. In reality, he dislikes talking to strangers, mostly because it makes him uncomfortable and would rather keep to himself when given the choice. He's very paranoid and carries things like umbrellas and pepper spray with him. He keeps a bag with him at all times and puts his most important possessions in it—as well as checks it on an interval of every ten minutes. His OCD has prompted other weird obsessions. He's obsessed with perfect grammar and as a result, re-reads texts, emails, etc. a minimum of twenty-five times before sending something to anyone. He's also obsessed with precision, and spends a giant sum of his personal time rearranging his furniture and closet whenever he finds even the tiniest flaw. In addition, he hates wrinkles (naturally, he's a fashion designer), and is often up at extremely odd hours ironing his outfit for the day. He's a bit of germophobe, although not extreme and is (naturally) obsessed with personal hygiene and doesn't leave his apartment without a comb. He also hates odd numbers.

While he will never admit it, London is a workaholic, and even dislikes stopping to take breaks. He's often very passionate about projects he's working on, and when he's in one of his "phases", he often looses track of time and unknowingly pulls all-nighters to finish something. He can be neglectful of himself opposed to others, to which he will devote his time to. London is a naturally loyal entity but doesn't trust easily. Once his loyalty is earned, it's nearly impossible to loose. He will quite literally put you before himself, disregarding his own personal time to help those he is loyal to.

He's also in love with music. Having done it from a young age, even teaching himself the guitar, London has never been able to part from it. It is common to see him working with music on, because he absolutely hates silence. He says silence in itself is distracting. Not to mention, he never grew out of stuffed animals and has a whole collection of them just sitting on his bed and refuses to get rid of them. He's spent whole hours before, reorganizing their positions and creating a rotational period for what stuffed animal he'll take with him to work (speaking of work; his office has a bunch of stuffed animals too; any employee who judges is automatically fired). He's never seen without a notebook, claiming inspiration can strike anywhere and he needs to be ready for it.

London grew up in an odd home, with a witch artist for a mother and a film director for a father. There were often at odds, leading to their divorce when London was thirteen. His mother had recently graduated from art school in France after attending Beauxbatons when she met London's father, a film student at one of France's esteemed film schools. The two estranged themselves in a relationship of sorts, not a healthy one, but one that resulted in London's birth. Cho Seoyun gave birth to London late in the night on September Eleventh, much to Yeongjin's disdain. The three lived in a small apartment on the south side of Paris, but when Yeongjin's film work took him back home, the two decided to move together. They settled down in Incheon, South Korea, in a moderately sized apartment. While Yeongjin worked, Seoyun made her art at home and took care of London. Her popularity was beginning to rise as her pieces became more popular, and soon they moved to a large house.

As London grew up, he was often lonely. His parents were too busy with their own jobs, and were both young and inexperienced with parenting or kids in general, so they didn't really know what to do with London. In response, London quickly learned to find his own entertainment. He spent his time in his house drawing and imagining. As a toddler, the moment he could talk, he would sing. He sang all the time, in the bath, during dinner, playing outside. His singing was sometimes the only thing that would keep his parents calm when they started fighting. For a five-year-old, he had a lovely voice. The second he could walk, he began doing everything outside. He played outside, drew outside, sang outside, danced outside. Seeing London's interest in dancing, his mother enrolled him in dancing classes as well as singing classes to keep him busy and out of the house. Since London was rarely exposed to anyone around his age, his social skills were heavily underdeveloped. He was a hyper and stubborn child, who rarely sat still and fought with anyone who challenged his will.

Despite this, his expertise and potential in both fields was promising, and his teachers advised his parents to move him to private classes to avoid issues with other children, and so they did. London never wondered why he was moved to a class by himself, and it almost seemed like he was happier like that. To his father, London was enrolled in a private school when in reality he had been enrolled into Mahoutokoro after he had somehow levitated his bed off the ground. However the problem between his parents was escalating. His father had begun cheating on his mother, and argued it didn't matter since they weren't actually married anyway. Her mother demanded they marry if they continued living together. While conflict pursued, London began staying at Mahoutokoro when he turned eleven. When he turned thirteen, his father, unwilling to compromise, kicked his mother out of the house. She took London with her and decided to move back to Paris against Yeongjin's will.

In Paris, London struggled to adjust. Used to speaking Korean and Japanese all the time, he was forced to quickly pick up the French being thrown at him when his mother sent him to Beauxbatons while she tried to sort out their life in Paris. She was a world-famous artist by now, and had received some backlash when her relationship fiasco went public and it was discovered she had a son yet wasn't even married. She moved into a moderate house, and worked on making more money both in the muggle world and the magic world.

Like Mahoutokoro, London had no friends at first and didn't strive to make any. It surprised him and other students in the Papillonlisse house when he was sorted there despite his personality, or the surface of it. He preferred to keep to himself and avoiding interactions with other students unless absolutely necessary. Many students found him rude while he was just terribly blunt and didn't withhold his thoughts of people. However, he accidentally befriended a student in fifth year named Basile, who clung practically clung to him after he saved Basile from a group of rowdy bullies who had been tormenting him since first year. At first, London tried to get rid of Basile, but at Basile's persistence, he eventually just accepted his presence whether he wanted it or not.

London learned the hard way that Basile was extremely talkative, and he was subject to Basile's endless rambles about how the garden looked that day or an assignment they had in a class. Basile could talk about anything, and was very, very, annoying. London got used it quickly, and learned how to tune Basile out. He also learned Basile was messy. Horridly messy. London, having inherited OCD from his mother, already had his weird habits and his obsession with precision, so Basile's messiness bothered him constantly. He made a habit of making Basile wait for him outside the mess hall in the mornings so he could straighten Basile's robes and fix his hair, just because it irritated him to no end. Ironically enough, Basile is how London discovered he was gay when he found himself studying Basile just a little too closely one morning in Sixth year. Safe to say, a month later, they were found in a broom closet making out.

It was also safe to say, that was the best day of Basile's life. London knew because Basile kept reminding him of it. Despite it, the two never ended up dating, as Basile never liked London romantically in the first place, and London quickly found interest in someone else. London graduated quite different from his fourth year self, having become more social and less stubborn. He also learned it'd probably be a good idea to avoid being so blunt all the time. Did he ever apply that to himself though? Nope.

During his school career, London had found an interest in fashion so after graduating for Beauxbatons, he became a fashion design intern at Bijou Céleste before he started his own fashion company in London. He named it Basilton (after Basile) and invited one of his friends from Beauxbatons to work with him. With his friend's assistance, Basilton's first launch was incredibly successful, and London quickly rose to stardom with his next few lines. Now he works in London (the irony), also working in his personal boutique in Lincliff City as well as preparing to open a boutique in Diagon Alley.

Retrieved from "https://dumbledoresarmyroleplay.fandom.com/wiki/London_Cho?oldid=1045261"
Community content is available under CC-BY-SA unless otherwise noted.