Luca is a happy go lucky type of guy. He's very selfless and puts everyone in front of him. He's quite supportive of everyone and makes the best of every situation. Luca is very mischievous and is always pulling pranks or making jokes. He knows how it feels to be an orphan and wants to someday adopt a little orphan, hoping he can switch the kid's life for the better. Luca loves singing, but feels insecure of his voice. He knows how to play the piano and acoustic guitar, as well as the electric guitar.

He's very hard-working and puts his efforts in everything. He's a very loyal friend and does his best to keep everybody happy. 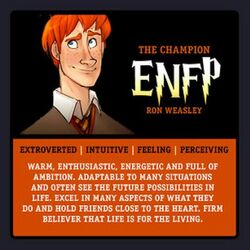 Luca William Tomlinson was born to Johanna and Zachariah Lewis on December 24. As an infant, he was very bubbly and loud. His parents loved him, just like his older sister and brother, which were four years older than him. They were a happy family. At least until Luca's second birthday. They were going out to celebrate Luca's birthday, but an accident occurred. They got into a car accident. Luca's father died in impact, trying to protect his wife.

After that, Luca was in coma, expected to never wake up. A year passed, and he finally woke up. His mother, brother and sister all hated the three year old. When released, his mother would give him beatings, mercilessly abusing of him. His siblings said mean stuff, but they were just children, so it wasn't that bad, yet it hurt the toddler. It was too much for a three year old.

That was basically what happened until he was five, when he screamed out of pain during one of his beatings. The neighbors heard and called the police, which immediately came. They found the young boy in pain, all bloody and crying. They took him to a hospital to be taken care of, and later to a hospital. Luca's family had fled, yet they wouldn't be in hiding for much longer.

His mother and siblings were found dead months later, repeatedly stabbed. Who did this is still unknown to this day.

Luca was adopted when he was six by a Hufflepuff couple named James and Dana Tomlinson. They found out of his heritage, as many odd things happened near him. For instance, when he got mad, vases broke. When he was sad, lamps exploded. They taught him of the wizarding world and decided to teach him little by little the basics. They couldn't teach him much, due to his young age, but did warn him of the magical world. In fact, they took him to Diagon Alley multiple times, as well as Hogsmeade.

He was very interested in Quidditch, so he practiced it whenever he could. At the age of eleven, he received his Hogwarts letter. He was ecstatic. For his hard work, efforts and loyalty, he was placed in Hufflepuff. Luca grew in that house for seven years. He was never in a steady relationship, as he wanted to focus on Quidditch. In fact, he was one of the best, if not best, beaters during his time on Hogwarts.

When graduated, Luca traveled across the globe, never being able to settle down. He learned of many cultures and places. He did come across a few women, but he never dated anybody. when he returned to London, he decided to get a job as a teacher in Hogwarts and taught Mythology for a whole term, but since it wasn't what he expected, he didn't apply for the other term and instead went for Guidance Counselor, hoping to help the next generation of witches and warlocks.

Add a photo to this gallery
Retrieved from "https://dumbledoresarmyroleplay.fandom.com/wiki/Luca_Tomlinson?oldid=964031"
Community content is available under CC-BY-SA unless otherwise noted.