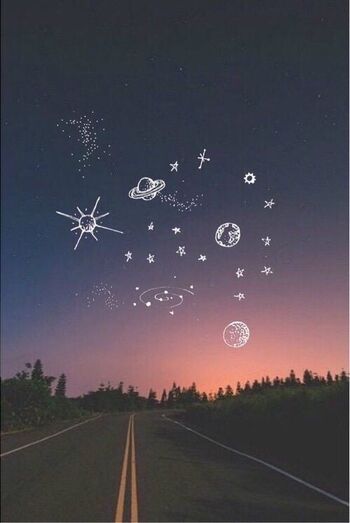 Cold, indifferent, and hardened the things he's seen and the things he's done, Luciano has an unpredictable character about him. Like his mother, he'd been gifted with the skill of manipulation, and after years of stealing and lying on the streets, he's perfected the task of deceit. He's untrustworthy and untruthful and rarely looks out out for anyone but himself. Indifferent to the value of life, human life isn't any more of an obstacle than anything else to reach what he wants. Sinister and heartless, he rarely feels guilty for the actions he has to take to keep himself and his secrets underground.

As a victim of dissociative identity disorder, this isn't the only side to him. When his sociopathic traits are buried so deep within himself that he nearly forgets they exist, he's Luci, a sweeter, charming version of himself. He is the one with Francesco's charm and ability to know all the right words to say. He's sweet and loyal (but not loyal enough to sacrifice himself for you) and somewhat of a hopeless romantic. Even then, it wouldn't quite be him without a tinge of evil in his veins. As Luci, he feels almost normally and guilt often controls his actions. Whenever he nears making a difficult choice that involves his secrets over someone else, he may black out or experience a headache, symbolizing a change between his main persona and Luci.

Maybe some day in the future, these two separate personalities might come together to make a better person, but for now, Luciano Alejandro D'Ascanio is left dancing with the devil on hot coals, straying further from the light that could lead him to freedom, everyday. Entangled within a web of conflict, it seems something may be coming for this frozen heart soon.

Francesco D'Ascanio could be described by many labels. Charming, dangerous, manipulative. An Italian Crime Lord, he ruled the streets of Italy with an iron fist. Nothing escaped him, no one escaped him, and most importantly, no one challenged him.

Until Sofia Martinez came into town.

A beautiful maiden dressed in trickery and deceit found her way into Francesco's heart and was soon playing him by his strings like he was a puppet. Using her new tool, she sowed havoc among the Wizarding World and went after anyone who had stopped her in her rise to power. She was vicious, merciless, and didn't hand out second chances. When she had expanded their, her crime empire to the very edges of Wizarding Europe, she married Francesco to guarantee a heir to the wonderful throne she had created.

Luciano was born on July 14th to a house built on the blood of others. For the earliest years of his life, he lived in luxury from the riches acquired by his parents. Of course, as a young child, it had no impression on him, and he barely remembered that life. The only life he remembered was the one that came after Sofia's empire fell. The one came after she died.

Francesco hadn't realized how dependent he had become on Sofia's input and manipulation to run his empire anymore, so when Sofia was assassinated, he spent more time grieving then tending to his empire, and just like that, seeds of destruction had been planted. It took just two months for Sofia's precious empire to crumble once it was back in the hands of a warped Francesco, who was quickly finding himself incapable of living properly without Sofia. He grew extremely depressed, and by the end of those two months, he had committed suicide, leaving poor young Luciano alone.

Just like that, like someone had snapped their fingers, Luciano was left on the Italian streets, having been overlooked by Social Services. A smart kid, he quickly learned how to fend for himself by copying the tactics of other homeless people. Eventually the foster system got a hold of him and he began bouncing around to different homes, several of which he was traumatized terribly by. These caused horrid nightmares and panic attacks which later completely warped his personality and caused him to develop an indifference towards life.

He experienced his first burst of magic when he was nine. Caused by a burst of fear and anger, Luciano had blasted a vase and shattered it to pieces, successfully deterring his abusers from attempting to get to him. After that, he escaped the property to go live on the streets again. When he was ten, he was then again swept up by a foster family, this time in England to live with. Contrary to the many homes he had been in before, the family that was fostering him in England was sweet and mindful of his requests and conditions.

Despite his paranoia, he was finding himself getting used to his new family, even beginning to imagine what a future with a real family was like. His nightmares, however, would never let him rest. One particular night, his nightmares were much worse than normal, driving him awake and to the kitchen, where he grabbed a knife from the drawer, which had oddly not been locked, and returned to his bedroom. He fell back asleep, but the nightmares worsened so much that he had woken his foster parents, and when they had come to check on him, he freaked out and stabbed them to death.

Ashamed of his deed and scared, he quickly went to work cleaning the knife with bleach like he had seen in a TV show and left it in the drawer before running away again, never to be seen in the house ever again. For the next couple of years, he lived on the streets of London, until he received a letter from Hogwarts, At this point, he was fourteen now, wiser, older, and colder.

Gallery
Retrieved from "https://dumbledoresarmyroleplay.fandom.com/wiki/Luciano_D%27Ascanio?oldid=1073946"
Community content is available under CC-BY-SA unless otherwise noted.