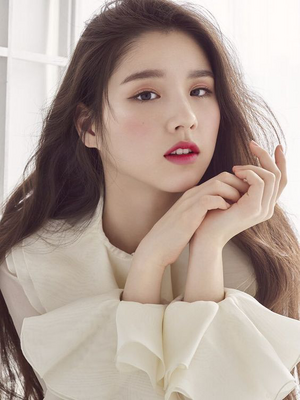 "dotted my lies, crossed my lines, walked past the signs"
"erasers i snuffed out in the blink of my blank paper"
"the scribbles in my margins are drowning"
"i am sinking, i am free"
"there is no room for some other me"
"mystery, blistery"
"the height of which i hold tight"
"shame is a suffering lie"
"so forbid its ecstasy in your shrine"
"the world is set in shining marble"
"but i am not its play-doh"
"my voice swells in my tumbles"
"and my shoulder fells a tree"
"did you think the bells would warn you"
"when i tore apart my tapestry"
"it was a travesty that i did not condone"
"people talk, people drone"
"the glass lies, resigned, i smile"
"and from its flutes, came only horns"
"our cants mingle"
"we welcomed our woes, spent our lives"
"dare you wonder your given dues"
"when you fought not for yourselves, but for a price"
"now i have been released from my tree's rings"
"no longer at a loss of my pine"
"one hundred, thousand stars held up, high, and above"


"light doesn't matter, if it doesn't come from me"

rigid. that's what you could call lyra. she's so rigid, it's surprising. even in new settings, she doesn't give anyone the time to single her out. she doesn't give anyone the time of the day at all. her eccentricities and lyra herself never buffer, even when everyone lags or loses connection. she's consistent, rigid. somehow, in every moment, she's at home. reactions don't mean anything to her. she walks away. it can be frustrating for many, since the amount of fucks she gives is possibly in the negatives. her concerted behaviour doesn't tune in well with a lot of people, and thus it leaves her alone. she is, predictably, all for this. what throws most people off is how typical she is. no eye catching rainbow hair, no fabulous dress code, and nothing that shouts for criticism. no, she's an 'oddball' for the way she interacts with people. friendly, antagonistic, irritating, lyra knows not to discriminate. they all get the same spooky, creepy replies that every once in a while gets people to do a memeable expression. she speaks her mind with the same energy as someone eating, like she hasn't said what she just said and that nobody should be reacting the way they are. some people call it refreshing, most people say it's fucking weird. and lyra? lyra has already moved on to her next conversating partner without a second thought.

sweet? not that type. lyra is so remorselessly brief and secretive that it takes away from the "creepy" vibe. it's almost funny for some. the only thing most can pry out of her is "hi, i'm half french." she repeats that line with a smiling relish you could compare to a college student on break. maybe it's one of her jokes? likely, but not possible to prove since she usually walks out after it's been uttered. the rest of her words check out with her reputation: concerning, and not the "i make suicidal jokes because i'm depresso haha" kind. with the most normal tone of voice, her speech consists of double ended snakes that make you wonder if she's serious about beheading you and stuffing a football with your brains. That type of oof creepy. If she enjoys it, she doesn't seem to let it slip beyond her regular smiles that make it look like she's talking about how nice the last downpour was. recording her without audio is simply beautiful, because say what you must, lyra is ethereal. the reason her face is familiar? it's been plastered on and been in a number of magazines and commercials. in fact, her screen name is "lyca." but she'd never tell you that. why would she? she speaks like a snake because people are snakes.

while her habits aren't the most cheery, it's easy to figure out that she is indeed, mostly harmless. googling her produces some fansites and a number of results that clue you in on that she's the same among her coworkers. she's dodged every exclusive interview (not many) and aside from circulated GIFs of her posing for the camera, there's no content that can be nosed through. a snippet of one of her fellow models talking about how smoothly everything went for their shoot exists, but nothing specific or incriminating. whoever lyra's manager is goes to deep lengths to obscure her, and she's very much on board with it. and if people minded their damn business the way they should, it'll stay like that. she's polite, gets good grades, has a clean school record (for now), and like any teenager, avoids older people because they all love talking down on her. but beyond that? she's made it clear she wants it on the downlow. with her lack of apparent friends, no one has the right to know how she is. being different? not wrong. wanting space? not wrong. preparing to fail? not wrong. to assume there is something wrong because she won't associate herself with people is some egotistical, baseless shit and she's not standing for it.

Im Seulye adored her older sister to bits. Everything Sooryeon did was like a miracle to her. At age four, she was that impressionable. Seulye didn't understand why Sooryeon only really spoke around her ("'cause I'm her favourite and she's mine!!"), or why their mothers steered clear of her. What she did know was it was really annoying that Sooryeon didn't come home directly to play with her after school. During the first days, she hated school for taking her sister away from her.

#41: i saw seulye's flootube channel update. she's going to be cameoing in a movie. guess i have to save for tickets or torrent it.

The days came and went. Sooryeon took longer and longer to come home. Seulye whined about this to their mothers, who just glanced at each other. "Do you want to go buy a new toy, Seulye?" That's what they would ask. Seulye sulked, because she wanted her sister, not some dumb toy, but even at her age she knew what that line meant. It meant Sooryeon was coming home late again. Couldn't their moms just do something about it?

Sooryeon didn't come back. Seulye woke up and found her sister's bed empty on an ironically shining Saturday morning. Her cries were what sent their mothers running to Sooryeon's room for the first time in years. The room was stripped bare, her closet empty, and not even a note. Sooryeon was gone and hadn't left a single trace of her ever having lived there.

Im Sooryeon was a mistake. Her second mother, the one she was not related to, sat her down when she was seven years old and explained it as best, as kindly as she could. It was a situation hard to stomach for everyone, but as was to be expected, it hurt Sooryeon the most. Thread by thread she pulled away from the yarn of her supposed home. No one could have stopped it. No one wanted to, except for Seulye.

Sooryeon's father was nameless. When Sooryeon came to live with her father's side of the family, even they shook their head at his mention. They never spoke of him and his absence wasn't questioned. This, however, didn't extend to their treatment of his daughter. The Fleurys were kind, accepting, and it helped that they had a son Sooryeon's age. They didn't ask questions. The look on the nine year old's face was all they needed.

The name change was taken in stride by her relatives. 'Sooryeon' was abandoned as a 10th birthday present. From then on it was 'Lyra'. Sweet, secretive, and a little bit overwhelming Lyra. They knew she was magic — it was a given in their family, after all. Years ago, she'd let slip that her moms hadn't reacted very well to her having to switch schools. Some of the Obliviators had been called in. But that was all they could get out of her. Lyra had done away with her birth name, and acted like she could do away with her birth family as well. Not Seulye. Even the Fleurys knew how she would smile at the mention of her little sister, who they were told of by their mothers themselves.

Acceptance letters came in twos for the newest generation of Fleury. Durmstrang and Beauxbatons, trimmed nicely with their representative crests, fell into their DMs and phone notifications. They got the owls too, of course, but nothing beats the sound of your phone singing some godforsaken ringtone you don't have downloaded. On the bright side, they received the setting option to set next year's ringtone for their required books (that still cost a fucking fortune because really? in this economy?) Lyra's ringtone, naturally, was the "haA, HAAAH, HWAAAAAAAH" Orange Caramel vine.

While Lucien found his circle of friends, Lyra never did. It didn't seem like she wanted to. She was alright with speaking to her cousin every other day, or whenever he had a crush crisis (noted to be among the few occasions where she spoke unfiltered). In between summer breaks, she and Lucien would get caught up in the entertainment business — she as a model, he as a Silencio Records trainee. Despite her absence in every nonmandatory school photo, Lyra was present for her cousin and sometimes his friends. Where and what she got up to is as much of a mystery as she was, but her smiles were frequent and radiant enough for more than a few classmates to go gaga over her. Not a single confession went through; she made it clear, even with her aversion to direct responses, that she had no interest in any relationships of that kind.

Why she's transferring to Hogwarts now? She's certainly not spilling.

Given [ Lyra ]name of the constellation in the northern sky containing the star Vega; lyre of Orpheus
Middle [ Yiruli (이루리) ]
Surname [ Fleury ]from the medieval personal name Fleuri (Latin Florius, a derivative of the Roman family name Florus, from flos 'flower', genitive floris); one who came from Fleury (place where flowers grew); blooming

Retrieved from "https://dumbledoresarmyroleplay.fandom.com/wiki/Lyra_Fleury?oldid=1043508"
Community content is available under CC-BY-SA unless otherwise noted.