Madan was born to Diablo and Isauara Atherton. They were both Mexican, and met at Hogwarts, his father being a Ravenclaw and his Mother a Hufflepuff. He has an older sister, Sara Atherton, and a younger sister Juliana Atherton.

Growing up he was close to his family, especially his older sister Sara. When she came home in tears day after day, because some boy her age was making fun of her calling her a 'Stupid Mexican', Madan became so enraged he went and beat the bully up. He never talked to Sara again, and no one dared tease her or Juliana, for if they did the wrath of Madan would come upon them.

When Madan received his Hogwarts Letter, he was super excited. He was sorted into Gryffindor. His first year was rather uneventful, but in his second year he met Kielo Lehti. They became fast friends, and started dating in third year. Unfortunately for the young couple, Kielo left for France in the beginning of fourth year. Madan spiraled into depression and learned the guitar to bring himself back out. He became very good at it.Then Kielo came back, but she was no longer interested. Madan made it his mission to win back her heart. He did so, at the beginning of fifth year, and they have been dating ever since. However he ended it on the train to their seventh year.

When Madan graduated he took a job as a Music Teacher and dated a long time friend named Alessandra D'Martin. However Alessandra was emotionally manipulative and clingy... something Madan didn't want to deal with. So he ended things when he got a letter from the Mexican National Team saying that they wanted him as keeper. Madan took the job, ended things with Alessa and fled the country.

While playing for the Mexican team, Madan met someone rather special... Maria Elena Ramos. However despite the mutual attraction it took a while to get them to date for one reason. The Mexican coach didn't players date other players. Madan's sister actually got kicked off the team for that. So they didn't date for a while and when they did start to date, they kept it secret. That is until after a match with England... Madan proposed to Elena back in the hotel. He was tired of hiding it and if the coach kicked them off... oh well. Luckily for Madan and Maria the coach didn't do that and gave up on that rule.

The best way to describe Madan Atherton: a slightly dim-witted jock and musician. He's not the sharpest knife in the drawer to say the least, and he barely graduated with his class. It's not for a lack of trying... he's just not academically inclined. He's physically and musically inclined instead, and he's exceptionally gifted in both areas.

He's always been skilled in Music, being an outstanding guitarist. He doesn't mind being in the spotlight, but is very humble about his skill. It far outstrips any of his classmates. He could've gone professional if he wanted, still could. He claims to be a bad singer, when in reality he sings pretty well. He sounds like Ricky Martin, with a slightly lower vocal range. Madan is also blessed physically. He towers over most people at 6' 3" and is 250 pounds of 100% muscle. He's an exceptional keeper and could also go pro there if he wanted to.

Madan is flighty. He doesn't like to do one thing for too long and it shows in his romantic relationships. Especially since ending things with Kielo. If he gets bored in a relationship he'll just end it. Also... if the person he's seeing life starts to fall apart he'll get antsy and probably leave. He doesn't mind the should to cry on once in a while, but if the person's an absolute wreck he'll flee the coop. However since seeing Maria that's gotten better, the two are perfect for one another so that makes things easier.

He's very flirty naturally. This may come off to some people as disloyalty, but he'd never even touch them. Words only, and if he gets accused of disloyalty... it won't end well. Madan isn't the jealous type in the slightest and if it's time to move on or the other person is gone he'll pack his bags and be gone within the hour.

Sara Atherton
Madan loves his older sister, despite the fact that she hates his protectiveness, Madan won't stop it.

Juliana Atherton
Madan's very protective of his little sister. He loves her tremendously.

Kielo Lehti
Madan thought he loved her... but he felt himself drift away, he's not sure why, but he did. So he broke up with her.

Emma Maersk
Madan had a brief summer fling with her. It may have turned into more, but life got in the way.

Alessandra D'Martin
Madan is not a fan. He know realizes that Alessa was emotionally manipulative and overly clingy. He did nothing wrong by getting out of there. In fact he did the smart thing.

Maria Ramos
Maria is Madan's true soul mate. They're perfect for each other and Madan couldn't be happier.

Thomas Bagman
His former Quidditch Captain. Madan and Thomas get along pretty well.

Malia Sakellarios
A teammate of his. They also get along pretty well.

Boyce Schmidt
Another teammate. He's not as close to him, but they get along.

Rheine Kögler
Yet another teammate, he's not very close to her, but they get along fine. 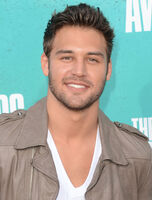 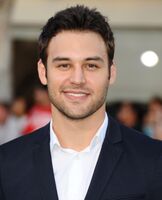 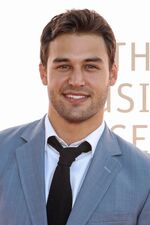 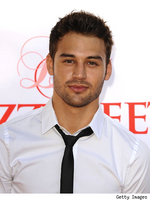 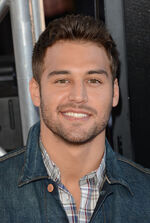 Add a photo to this gallery
Credit to Carn for coding. Credit to Brocky and Tiger for Inspiration.
Retrieved from "https://dumbledoresarmyroleplay.fandom.com/wiki/Madan_Atherton?oldid=801231"
Community content is available under CC-BY-SA unless otherwise noted.