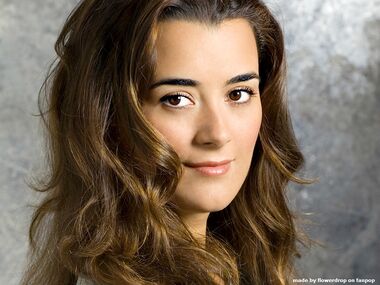 I have always loved mi nombre- Maite. It is a contraction of my maternal grandmother's name, Maria, and my mother's name, Teresa. Where I come from es importante, porque it gives me the tools necessary to race towards gloria. I have been shaped for it; gloria, after all, is my middle name. That is a phrase in the English language; I only understand it because for me, it is literal.

Where I Come From

At Hogwarts, my family is considered strange. Though most families tend to stay within one House, we have representatives of every House. Mi padre es un Gryffindor in every way. He takes many risks, and is very curious; to use the English phrase, "Curiosity killed the cat." It is with this phrase in mind that I admit that he has a tendency of poking into others' affairs; he has been dismissed from many a post because he could not retain a professional image when he poked around in his coworkers and bosses' private lives. Nevertheless, tiene más lana que un borrego- or as they say in English, he is loaded with cash. My father's family- which has roots in Spain, Iraq, and Britain- is very wealthy. Though his nosiness gets the better of him at times, like the rest of his family he is a sincerely affectionate man. Mi madre es a mixture of Spanish and German. To her as well, family holds an extreme importance. She is courteous and fiercely loyal- a Hufflepuff by all standards. She is been a good madre a mi, and the proud owner of the Spanish restaurant La Estrella in Essex. This is the place where my father works now. They make frequent visits to the respective countries where our family resides, and holidays can turn into weeks or months as the festivities never end, especially in Spain. My little brother Valentino lives with su familia en España, as a tattoo artist. We are not especially close, but we have good fun when we are together.

I was Sorted into Slytherin, and four years later my brother was Sorted into Gryffindor like our padre. I was quietly ambitious in the classroom, subtly buttering up the Professors to receive good grades rather than studying hard like the Ravenclaws. In social situations I was one of the most flirty girls, which earned me flings with many a cachondo. I paid attention to the details they gave, using the information to my advantage. I learned the secret passageways of the castle, how to sneak food from the kitchens, and other various, harmless things. I discarded information that wasn't relevant to my personal comfort, forgetting it or storing it for later use; I am not self-destructively curious like mi padre.

One cachondo stood out from the rest in my seventh year. He was a Slytherin of no extraordinary family or magical talent. He did not possess much information I could use. He was simply hot, available, and rather likeable. His name was Robert. Though we grew to love one another, putting each other's needs before our own as we left Hogwarts, our relationship was too superficial in many ways. We both took jobs in a restaurant after Hogwarts, and by age 19 I was a married woman. Looking back now, I do not believe either of us were ready for marriage. Our relationship fell apart gradually; our interests changed to the point where we had little to discuss apart from work. I thought we would divorce five years ago- except I became pregnant. We agreed to attempt to make it work for the child's sake, but throughout the pregnancy we realized we didn't agree with virtually anything about raising a child. I wanted daycare, he preferred I quit my job. He believed children had very little say in family decisions, I argued that children should be the focus of every family decision. Our son Oliver was born, and we hung on for 2 more years before officially divorcing. We share custody of Oliver, though we both parent him differently.

Oliver is now 4 years old. I left the restaurant where Robert was working, and transferred to La Lune Bleue. I have my corn snake Arista to keep me company when Oliver is with Robert. Though I am single, and a mother, it is time to take back the dreams I left behind to marry Robert. I have made family a bigger focus in my life again, but I wanted a change from waitress jobs. I wanted a career, one that would drive me to the glory I had always dreamed of. I want to accomplish great things and spread my family's cultures with the world. I am applying for the office of International Magical Cooperation within the Ministry.

Where I Am Going

This information is to be determined.

This character has been requested to be preserved by Echostar.

Retrieved from "https://dumbledoresarmyroleplay.fandom.com/wiki/Maite_Luz?oldid=556088"
Community content is available under CC-BY-SA unless otherwise noted.