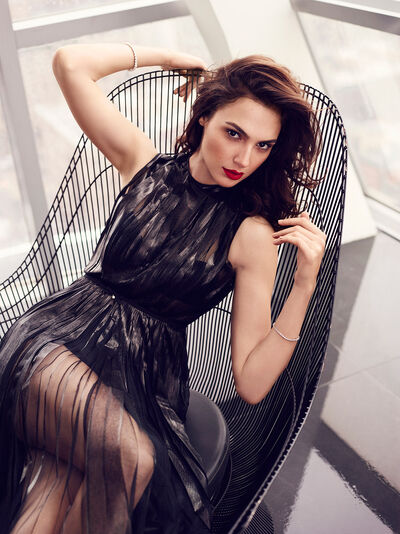 Unlike her children, Malia's life has been far from soft and idyllic; she's fought through many obstacles to get to where she is now. She was born in Santorini, Greece, where she grew up for the first eleven years of her life. Melisande and Othello were Greece's power couple, but even they had their own issues. You see, Melisande was a member of the Council of Magic, whereas her husband was the Head Auror for the government. Their schedules weren't very flexible, hence why they faced many struggles. They had nine children to take care of, but their work demanded their time, energy and attention. Thus, their offspring was left to fend for themselves, with the aid of a swarm of nannies and tutors to ensure their safety and give their education a boost.

Malia was one of the middle children, hence why she received the least amount of attention compared to her older and younger siblings. Although she didn't have a strong bond with her parents, she did love them a lot, hence why she was thoroughly affected when she was broken the news that her father had passed. He was chasing down the man that was arguably his nemesis, and allegedly didn't survive the stand-off. Interestingly enough, however, his body was never recovered. The loss took its toll on the family, but not as much as it did Melisande. She'd lost her husband - the love of her life - and was never able to recuperate from that loss. She ended up taking her life three weeks later.

Truth be told, Malia's life became a blur after she was orphaned. Though her oldest brother became her and her siblings' guardian, as he was of age, Malia was never able to form a connection with any of them. Her siblings were all paired off, leaving her as the odd one out. For the most part, she didn't mind. She had her own circle of friends. She had her playground husband, Vasilius Jo, and one of the best people she could ever have in her life: Penelope Maniatis. Unfortunately, Penelope was an orphan as well, as sooner rather than later, she was adopted by a family of foreigners that whisked her away to gods know where. They kept in touch, but it just wasn't the same.

As Vasilius became her closest friend, alongside some of the other children of men and women her parents used to work with, Malia began to work on reestablishing a relationship with the family she still had. She underwent therapy, too, which helped immensely. Little by little, the fractures began to dwindle, becoming tiny scratches until they were entirely invisible and things were as good as new. Sometimes it got tough, sure, mostly because Malia didn't feel the same grief her siblings did, but she was able to mend her relationships, which is what mattered most.

At age ten, her oldest brother Adonis revealed he'd been offered a transfer that involved a promotion. It gave him a better salary and the chance to give his siblings a better life. Malia didn't take well to it. She expected to attend the Institute for Advanced Magic, join the House of Apollo, and graduate with perfect marks before she went on to become an auror to avenge her father. Apparently, that wasn't going to be the case. And she hated every bit of that fact. She was torn apart from Vasi, from her other friends, and from the only place she'd every known as home. Her pain, however, was swiftly replaced when September 1 of 2023 came along. She was at King's Cross, preparing to climb onto Platform 9 and 3/4 to board the Hogwarts Express, when it happened.

She and Valentina Willow met because it was fate; the stars had aligned and they had the chance to bump trunks. To this day, Malia likes to say it was love at first sight: how could she not love Lena? She was everything Malia had ever wanted, and more. They clicked right away, and both were pleasantly surprised to discover they had the same destination. They were separated, however, when the time came to be sorted: Malia joined Gryffindor, whereas Lena joined Ravenclaw. Nonetheless, the two became beyond close. On the other hand, she also had Penelope, who was attending Hogwarts and was in their year as well. Lena and Penelope never got on very well, hence why the two almost always were at a distance from each other. Malia never wanted to choose between them, but did so without realizing the Christmas of third year.

She and Lena began dating at the delicate age of thirteen, but it was a relationship that ended a year later, in the middle of their fourth year at Hogwarts. They weren't in a good place, mentally nor emotionally, and they recognized they had to stay apart for some time while they recollected themselves. However, this separation led to Malia finding a rebound in Penelope. She was there when Lena wasn't. So she hooked up with her, over and over, and although she regrets her actions to this day, sometimes even actively sought to make Lena jealous. She never succeeded, because Lena was dealing with her own baggage, but she did make the attempt once or twice. Their separation reached its end around two months later, with her good friend Owen Connor pulling a suicidal Lena off the Viaduct. She'd lost two of her siblings, her girlfriend, and no longer felt like she could drag herself on. And Malia - well, she couldn't bring herself to keep that distance between them.

Soon enough, they were back together to be separated again by a terrible bout of Scrofungulus which left Lena vulnerable, hospitalised and near death with no visitors allowed. After this, they grew closer. Malia got Quidditch Captain in her fifth year, as did Lena, resulting in a competitiveness between the couple - Gryffindor beat Ravenclaw, but Lena’s side was still victorious in winning the cup. The summer that followed was bouted by misfortune; Malia disappeared for the final two weeks, leaving Lena and her brother Achilles worried. The two girls were - and still are - adamant it was a kidnapping, but there were so many holes to fill they weren’t sure - so they distracted themselves with plans for a roadtrip their final summer as Hogwarts students. Malia ended up proposing at the end of it, right before they returned, on top of their banged up car and with nobody but the stars to bear witness

Malia and Lena kept their engagement a secret that summer, and did the same for the school year that followed. It wasn't difficult; Malia was captain again, so was Lena, and it served as proper distractions. And then came Christmas. They were headed to Argentina for a brief vacation when their magic caused the plane they were in to go crashing, killing most of the people inside. Only Malia, Lena, and three of her siblings survived the crash. It was a struggle to recuperate from that loss, and ended with Malia quitting from the quidditch team. Penelope helped a lot with the recovery, too, and as a group effort they were able to raise Malia's spirits somewhat. Nothing really did it, though, except for Malia's fresh start; her wedding to Lena.

Because she and her fiancée were hired right out of Hogwarts to play professional quidditch, they agreed to put off the ceremony until a year later. It was worth the wait, definitely. Two years after they were wed, while on their anniversary trip to Greece, they encountered an orphaned little boy. He reminded Malia of herself, hence why she couldn't pass up the opportunity to adopt him. He was meant to be her and Lena's son, and they both knew it. A year afterwards came their firstborn: Iliana Rozalina, who was followed four years afterwards by her three younger sisters: Zoë Yevgeniya, Zilya Polina and Zenia Vasilia.

Retrieved from "https://dumbledoresarmyroleplay.fandom.com/wiki/Malia_Sakellarios?oldid=1036789"
Community content is available under CC-BY-SA unless otherwise noted.