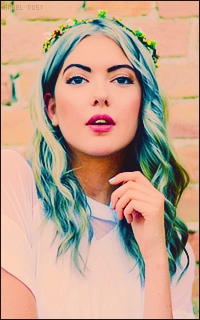 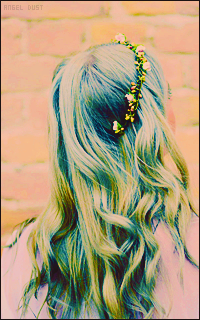 She is very shy, and lives up to her name; Cherishing every moment she has on this Earth with her beloved animals. Maple loves creatures, and is always either caring for some stray creature come her way, or petting one perched on her shoulder. She loves the color green, and believes there is no true wicked person; only ones that have it hidden deep inside. Upon meeting new people, she will promptly shrink and stutteringly introduce herself. It takes a while to earn her trust, but once you do, beware! She will smother you with animals, their names, and tales of her adventures she imagined they went on to earn their injuries. She doesn't care what you look like, who you like, or if you like her. She will try to be your friend after the bumpy introduction, but knows when to stop advancing. She can just sit in silence if that is what you need, or she can throw you a party. Her friends describe her as literally a sunny day. You know, the kind that are perfect for going outside, having a BBQ, a picnic, or just laying in the grass, staring at the clouds floating across the horizon. Maple will give you the best hugs, and these are GOOD hugs. She found out that most hugs only last 3-4 seconds, but in order for a hug to have healing properties, it needs to last 20 seconds or longer. You truly feel refreshed after a hug with Maple! She loves to watch sunsets, and will stay there, sitting still, until the fireflies come out and brighten up the night. She is TOTALLY a night person, and loves to listen to the owls. There have been many a camping trip where she will sit outside until 3:00 AM, and won't wake up in the morning until at least 11:00. 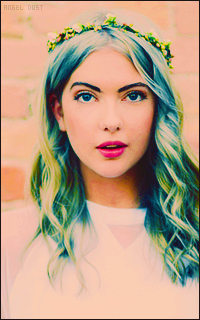 Her parents met at a Care of Magical Creatures seminar, at the age of 8 (her Father, Wes Sempter) and 7 (her Mother, Hope King). Her Mother walked up to him, asked if he wanted to go to Hogwarts, and promptly hugged him. "Will you be my friend?" she asked nervously. He replied that he would, and asked what House she wanted to be in. She said Gryffindor, but then asked him where he lived. He said in downtown London, and when she got home, Hope showed her first use of magic, and convinced her parents to move to downtown London. Long story short, they both went to Hogwarts, started dating in 6th year, broke up, got back together, kissed, and got married. About 10 months into their marriage, Hope realized that she was pregnant with a girl! Maple, (or Cherry, as her friends call her) loved to touch things from the moment she was born. The first thing she did, surprisingly, wasn't scream. It was to wrap her hands in the doctors beard, and then laugh hysterically at his surprised expression. She would constantly be petting animals, touching surfaces, and, most of all, taking them to her room. When she couldn't get a cupboard door off, she wailed in defeat, (she was only 4) and the door promptly exploded, followed by every single door in the house. Maple and her family moved to France when Maples grandma, Mama Corrie, fell and broke her hip. Maple did everything that she could to help her Mama Corrie and make her comfortable, going so far as to bring a wild horse into the house for her to pet. When Maple was invited to Hogwarts, the chandelier exploded in a shining shower of glass. Or plastic. She's not sure. She will be going to Diagon Alley soon, and can't wait to go on the Knight Bus for the very first time! Her Mom promised to take her to Ollivanders, but, Maple isn't sure she will follow up with that promise, considering Hope works for a tea shop that is CONSTANTLY busy. She is the person who came up with the idea, in fact! But, not the owner. She said that she prefers serving rather than being served. Her Dad is sick a lot of the time, so he doesn't work. He paints! Maples favorite picture is the one where a princess is dangling from a spike, slowly slipping off, when her sister comes to save her from falling into the acid pool. (she is 11, so is that too childish?) When Maple turned 8, she discovered that she loves to bake! Her personal favorite thing to bake is Lemon Bar. She doesn't like sour things, so she adds a little more sugar than called for, and adds some more milk to achieve the perfect texture. Her next favorite thing to do besides baking, is to curl up on the couch, watch Jane Austen movies, and sleep to the sound of Emma matchmaking. She has two parents, one grandpa that she has met, two grandmas, and no cousins, aunts, or uncles, and she has pets. Tons and tons of pets. She has an owl named Emerald, a cat named Garnet, a ferret named Aquamarine, a rabbit named Ruby, and has made friends with many other animals, but can't keep them all in her room, so her father made a shed that magically fits every animal (wounded or not) she ever finds. 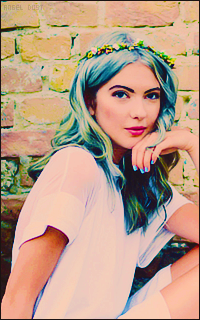 Retrieved from "https://dumbledoresarmyroleplay.fandom.com/wiki/Maple_Cherish_Sempter?oldid=1074735"
Community content is available under CC-BY-SA unless otherwise noted.