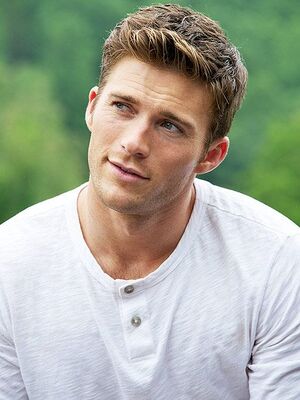 Marcus is hard-working individual who was raised in a strict household. Despite his upbringing he has an aura of sarcasm and jokster that follows him where ever he goes. He loves to make people laugh and usually will be found with a smile on his face, but when he needs to be serious he can flip the switch instantly. Growing up in the household he did, he learned to keep his emotions in check and not let anything get out of control, but that doesn't mean he's totally in control of everything.

Raising his two children has taught him a lot about patience and holding his tongue, more-so than being raised by his parents. Being an only parent has made him realize that there's more to life than just having fun and being a bachelor. He has to put food on the table and clothes on his children's backs, and sometimes it's a little too much for him to handle. He doesn't exactly take vacations, but running and exercising have been his escape.

Marcus tries his best to get to know others, but with his age, he finds it harder and harder every day to make friends or hang out with people his age. He's become an introvert because of it and knows his kids see it too. He tries to be social, but it's hard for him. He mostly lives through his children and just wants them to be happy, and he's alright with being alone and in solitude for the rest of his life.

He's glad to be living close to his sister, but at the same time knows that she's so busy that they never see each other. Despite Marcus feeling alone, and knowing hookups are a bad thing, he does too often for his own good. Marcus is finding fulfillment elsewhere as his children are getting older, and feels less and less needed in the world around him.

Samuel Morales and Travis Knight were best friends from High School. They were on the football team together and were always together. However, things started to break apart in their junior year. Actually... it was all due to Elissa Ayo, Samuel's crush.

After Samuel and Travis fell apart, in entered Elissa. Samuel and Elissa started dating, and when graduation rolled around, they were inescapably intertwined. After college, Samuel and Elissa went their separate ways for a little while. He was accepted into the Coast Guard and she went into police training for the Eureka Division.

Now, skip seven years ahead and both finally returned to each other. Samuel and Elissa continued dating until his proposal Christmas Day. The young couple spent two Christmases with each other before the number was increased to three. Little Marcus became the apple of his dad's eye until, three years later, along came Seraphina. Now all attention was divided equally over the toddler and baby.

Marcus liked his little sister until she became a toddler and he started elementary school. She became too cute and their parents seemed to dote on her more and pay more attention to her. Marcus didn't really realize that she needed the attention because she was a toddler, and it really bothered him until he was about 7 and he exploded to his parents about feeling unloved and forgotten. His magic manifested during this time as he broke the windows in the house from his unbelievably loud crying.

His parents calmed him down and talked to him enough that he was able to understand more about the situation. After that he wasn't angry anymore and settled for teasing his younger sister. Both of them were put into extra activities, Marcus being put into Martial Arts and also Gymnastics. When he was 11 he received his Ilvermorny letter and was sorted into Wampus, and during the summers he would train is special Psychology programs with his dad.

Marcus graduated and went to work for MACUSA as an auror-in-training for the first 3 years as he slowly worked his way up before he finally became a full-fledged auror. During that time he met a girl who also worked in the ministry, and the two had gotten romantically involved. They were dating for a year before she got pregnant, and they had planned to get married. Unfortunately, when she gave birth, her uterus ruptured and she bled out and died. Marcus took custody of the little girl, raising her as his own.

Two years later he met another woman who was a pure-blood, and the two had hit it off. Only when she got pregnant she left him, not wanting anything to do with him. 9 months later a baby boy arrived at his doorstep, and Marcus was now the single-father of two children. He raised them with love and as much care as he could provide, wishing they could be around their cousins but his sister had moved to England.

Once his children started magical school, he uprooted from America and moved to England so they could go to Hogwarts. He's been working as a police officer to make ends meet, but has plans to apply to work at the Ministry of Magic.

Retrieved from "https://dumbledoresarmyroleplay.fandom.com/wiki/Marcus_Morales?oldid=1029151"
Community content is available under CC-BY-SA unless otherwise noted.