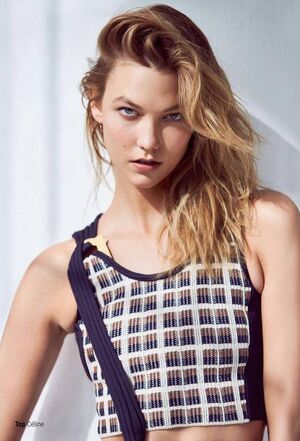 Marina values family and friends very much, as being abandoned and raised in multiple foster families had given her the impression that perhaps she'll never find a family to last. So when the Belmonts entered her life, she felt like her world was finally put together. She knew that if she was anyone's princess, it was theirs, and not someone else's. Even when her royal heritage was discovered, she put her family above herself, because she loves them. Although, Marina does yearn for more in her life, but she has yet to figure out what. Until then, she's just loving the journey without too much concern for the destination. After all, she believes that the journey matters more than the destination.

Marina does however carry herself with a certain element of responsibility, a remnant of her royal lineage. She assumes good faith in just about everyone, until they clearly prove themselves someone undeserving of trust. However, she can be quite easily persuaded otherwise, granted one looks to get to know her, as she doesn't simply engage in personal matters with those whom she may not necessarily feel comfortable with. She looks to be unbiased, but even then, she can bias towards things that just don't line up with her thoughts at a given point. She doesn't boast or brag, in fact, she looks down upon those who do, because flaunting your success is one thing... proving it is another. She believes that those who are successful deserve to brag only when they are absolute of their success, and not just given it. Success is not something one can receive on a silver platter anyway.

Marina Belmont was not born with the name Marina. She was originally born Princess Marie Strand of Denmark, daughter of Crown Prince Thomas and Lise Strand. But her existence was but a secret to everyone aware. The Crown Prince himself was unaware of her existence... well, he actually was, but he refused to recognize her as his own, much less as a royal. You see, Marie was conceived out of wedlock, as Lise and Thomas were never formally married. And neither had any intentions to marry the other; there wasn't any love between them. And actually, Marie was more a burden on Lise than on Thomas. A burden too big... which would see a very young Marie placed in an orphanage, without a home, without a family. Furthermore, none were the wiser of her royal heritage at all, and she was presumed to be just another little girl. Except she never was ordinary. She was always a little something more than that.

Never really aware of her identity, Marie grew up in a more average sort of manner, and quite happy at that. Things seemed fine, except this unknown princess caught eyes quickly. Soon enough she got tossed around a handful of foster families, but none of them seemed right. And then you have Marie's magical blood... oh yes. It was rather unfortunate really. Marie was seven at the time, in the UK on vacation with her then foster family. And when it was breakfast time, the food mysteriously started levitating. Shortly thereafter it fell back on the table. Everyone else was most definitely frightened... except Marie. She stared on throughout that whole happening. Well, what happened next... was a bit wild. Marie woke up alone two nights later. No notes, no nothing. She didn't even realize where she was. She spent 3 months being what was more or less an urchin. Until she was discovered by a stray wizarding couple. She got moved to another foster home, a wizarding one at that. But it wasn't long until she found yet another foster family. But something felt different about this couple. Barbara and Octavia Belmont. When she was asked about her name... she decisively lied and said Marina. It was a name that came to mind, as a friend she had made at one point had it. She has no idea why she chose it; something about it being close to her actual name.

But time most definitely made its mark and soon enough, Marie effectively dismissed her real first name, and made Marina her name. Soon enough... it became official. Marie Strand was no more. Now Marina Belmont stood in her place. Yet there was some other matters to address... the Book & Quill had a Marie Strand, but not a Marina Belmont. What's worse: it had a Princess Marie Strand of Denmark. You see, Marina's biological father was not only a wizard, but also a Hogwarts Graduate, and had made some arrangements to ensure his children would end up in Hogwarts and not Durmstrang... and this included Marina. After a complicated affair, the list was changed to reflect the name change to Marina Belmont... but the Princess title was not dropped. Imagine Marina's surprise. She was now a princess without a tiara.

It still changed nothing, and Marina went to Hogwarts as if she was essentially any other student. Though, on certain occasions, she found herself to be treated slightly different. This actually irritated her a bit; she had no intention to be different. But a further inquiry with one of her professors exposed the fact that her royal title was preserved. She was none the wiser about it. But she asked to be not treated differently for the sake of her title. That would solve part of her problems, for a while anyway. But during the summer following her fourth year, while Marina and her family, which had grown since Marina's adoption, had gone for a walk around Hyde Park, there was an encounter with Marina's biological father, Crown Prince Thomas and his new wife. Thomas and Marina exchanged a glance, and that's all it took for Thomas to see something of himself in Marina. An exchange happened, which heated a bit quickly for anyone's likes, with both sides saying Marina was their child. Marina couldn't hide it no more. She stepped in, and said that she demands to be absolved of her royal lineage. Everyone was more or less shocked by Marina's revelation. But she was determined and absolute of her intentions. Deciding that she was in fact genuine with her request, Thomas agreed to ensure that she would no longer be in line, but he couldn't quite strip her of her title. Marina was satisfied; as long as she could remain with her beloved family, she didn't care what happens.

Marina went on to graduate among the top students in her class, and was surely ready for the world outside. Except, when she realized that as she graduated, she had nothing in mind... She spent a year or two as she was. She took some time to travel a bit, to see the world. During her small moment, she realized that she had always wanted to make a difference. But she asked herself how. It took one year more for her to decide she wanted to pursue a career as an Auror. Considering her home of Denmark to be an absurd choice to start, she decided that she'll attempt to seek out a spot with the British Aurors. Her 23rd birthday having just passed, Marina looks to give her best try at what may well be her career for a long while.

Retrieved from "https://dumbledoresarmyroleplay.fandom.com/wiki/Marina_Belmont?oldid=1040785"
Community content is available under CC-BY-SA unless otherwise noted.