The Real Slim Shady by Eminem

Fidgets, likes to grab things that aren't hers, puffs cheeks when she's angry, winks a lot, laughs when uncomfortable

Mari is a very unpredictable character. She's one of those that can be stomping feet and spewing fire one minute and then be sweetly asking for a galleon to buy some ice cream the next. She's every feminist's worse nightmare. She's the epitome of the traditionally emotional and hormonal woman. Sometimes. Other times, she's as cool as a cucumber. You never know what you're going to get from her. She's like a fun box that is more scary than fun. Mari has a tendency to fly off the handle though. She has anger issues and unresolved conflict boiling inside her. It's extremely easy to get on her bad side and extremely difficult to get on her good. She's a little ball of rage. In other words, she's an angry elf.

When she's not throwing fries at a chef that got her order wrong, Marinette is usually playing video games. She's a natural at them. She plays with ease, beating other players and levels swiftly. She's terrible about trash talking, but she has the skills to back her up. She's actually really good at any game - video or otherwise. The only thing she can't do is that dumb ring toss game you see at the carnivals. She's been kicked out of four fairs so far for assaulting the poor ring stand guy.

Instead of making friends, Mari just hangs out with her driver Johnny. She found that "friends" usually indicate people that talk shit about you behind your back and just use you for your money. Johnny however, doesn't take her crap. That's how she knows he's a true friend. Her father is paying him, so he should be nice right? Nope, he's not afraid to tell her when she's being a brat or say how things really are. That's how she knows he's a keeper. He's given her great advice on life and has been there for her when no one else was. Johnny was her personal angel.

Marinette isn't all bad though. She likes having fun and messing around. If you need someone to cause a little trouble with, she's your girl. She's not judgey because she hates when other people judge her, so she's pretty accepting too. She has a soft spot for plants. If you want to be in her good graces, give her a plant. She likes to name them.

Though she grew up in a mansion, sucking on a silver spoon, Mari prefers the simple things. She's more excited about the box than the present inside. She'll take burgers and fries over caviar and filet minion any day. Instead of designer brands, she likes simple tees and jeans. Though she does have a knack for shiny things. That could be a piece of glass buried in the dirt or a 24 karat diamond. That's the only time she'll consider luxury items. She likes to collect the shiny things.

Anthony Swanson was the youngest son of an elite line of business royalty. He and his three brothers were held to a higher standard than most children. A lot was expected of them. The Swansons were a notorious bloodline of entrepreneurs - every Swanson was expected to take over the family business or create one of their own. Because Anthony's oldest brother was in line to claim their father's oil business, he had to come up with something of his own. Of course, he had school before that. Unlike his older brothers who attended Hogwarts, Anthony chose to study abroad in France. He attended Beauxbaton and was sorted into Papillonlisse. There, he fell in love with art and immediately knew what he wanted his future business to be.

After Beauxbaton came business school where Tony worked towards starting up company that would focus on the collaborations of artists to present in art galas. This meant a machine that threw together artists from all different styles and means of creating art to collaborate on one art piece. A sculptor may work with a painter. A yarn bomber may collaborate with a cartoonist. A graffiti artist may create with a digital designer. The possibilities were endless. Through the collaborations, Tony hoped to show people that some of the greatest art came from working together. He was a dreamer. And thanks to his dedication, he was also a doer.

Swanson Art Galas began popping up all over France, then Europe, and eventually the world. Amidst his journey to create such a thing, he worked with many artists as well as their muses. One muse was a model named Adrianna. She fell in love with Tony's dream and soon with Tony himself. They were married after only a year of knowing one another. It was perfect. As Tony's business took off, so did his family. The happy couple was gifted a baby girl named Marinette, who Anthony completely fell in love with. Marinette became his whole world. She was spoiled rotten and given everything she could ever want. Mari was his Princess.

At age seven, Marinette experienced her first sign of magic. One of her aunts had broken her gaming console on accident. Little, sweet Mari would never get truly get angry at anyone. Except for on this one occasion because she was about to beat the game she's been working on for months and her drunk aunt had to go and spill her wine straight on the damn console and wreck the game and the progress saved on it and-

It was not a good time. Precious Marinette had her first full-blown tantrum. The house shook with her anger. Literally. Dishes of fine china crashed to the floor, a beautiful crystal chandelier shattered on the floor, and a book shelf fell straight onto her ditzy aunt. Oh, don't worry. She was fine. Just a bump that would heal up. Unlike the ruined video game that was gone forever. Mari is still salty.

A month or so after discovering Mari's magical abilities, Adrianna passed away unexpectedly. It hit the family hard. The once joyful and doting Tony sunk into a depression. He buried himself in his work in hopes to rekindle his happiness there. The once kind and gentle Marinette became angry and full of resentment. She was mad at the world for taking her mother away. Do people not respawn in real life? It wasn't fair. She became more bratty and violent even towards everyone around her. She didn't want anyone to get close to her for fear of them leaving her too. She didn't ever see her mother's side of the family after Adrianna was gone. It was probably for the best.

As sad as that story is - here's the real one. After Mari caused the ruckus she did with her aunt, Adrianna became appalled. Her little girl was a monster - a freak. She almost killed Adrianna's dear sister and over what? A video game? She was afraid of the powers Mari held. Then she found out Tony was one of those freaks too. It was too much. She set to divorce Anthony right away and then fled her husband and child to go back to her normal family. She broke Tony's heart. He wouldn't let her do the same to his Princess. So he lied. To them, Adrianna was dead. And that's all Mari knows.

Three years later when Anthony had pulled himself together, he married another woman named Stacy. She was one of the artists that helped at the gala in London. Tony was able to find love again, but Mari wasn't able to get another mother. Especially when she thought Stacy only wanted her Dad for his money. While Tony was much happier, Marinette grew more resentful. She didn't understand how her father could just move on to this woman after losing Mom. It wasn't right. Update: she still hates Stacy and wishes she'd take her gold-digging trashiness elsewhere.

Mari's only escape was video games. All her anger and violent tendencies could be taken out there. She could kill people and not go to jail. Not to mention, her teammates adored her. Whatever team she played on usually won. Video games became her safe haven. That's where she felt important. She felt she had a place there. She was really good at them and eventually enrolled in tournaments. She won a lot of them. Realizing she could make something from this hobby, she went on to start a Flootube channel under the name "notso_uglyduckling". She gained a following and by her fifth year at Beauxbaton, she had a whole army of "Ducklings". After graduation, she continued with her channel and competitions. Now she's a house hold name among the gamers.

Though Mari felt as though she had found her calling, Anthony still wants her to take over the Swanson Art Galas. She's his only child and wants the Swanson legacy to continue. Marinette isn't on board with that plan. She just wants to play games and make videos for her ducklings. 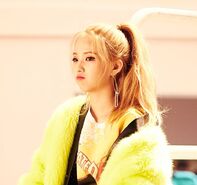 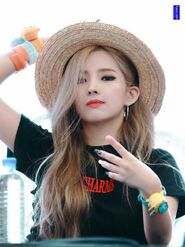 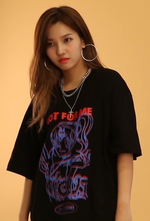 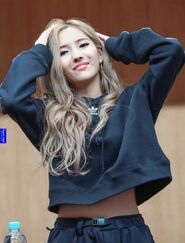 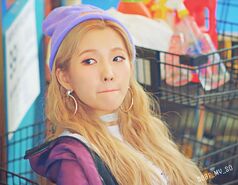 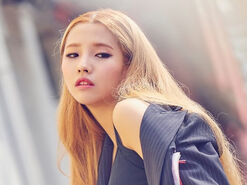 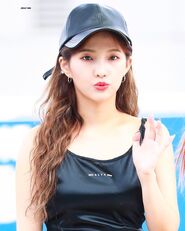 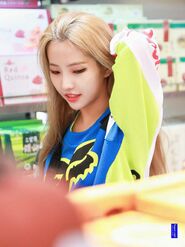 Add a photo to this gallery
Retrieved from "https://dumbledoresarmyroleplay.fandom.com/wiki/Marinette_Swanson?oldid=1053479"
Community content is available under CC-BY-SA unless otherwise noted.