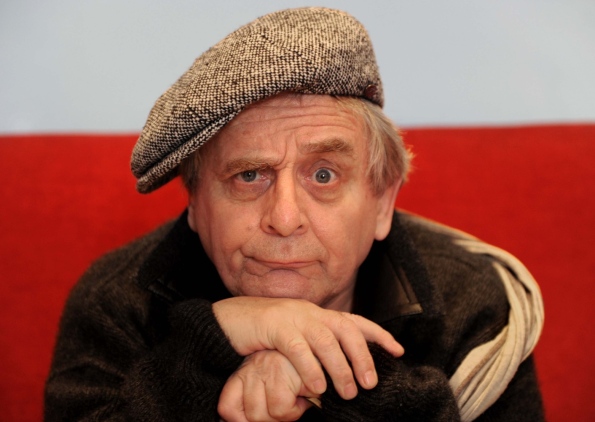 This character belongs to Lorddimertelo2213

These spells come from the Spell List. You pick 10 first year spells, and then 7 each year afterward. Remeber to pick from the correct year, or lower.

Melzar was born in Austria, and had a rather simple life. It only happened that when they were six, Melzar was kidnapped in the dead of night. However, A wizard known as Jones freed him ,and sent him to Durmstrang to let him learn magic. He reunited with his brother after 10 years, but his brother wanted nothing to do with him, as he had gone to wizarding school, while he had not. By 2010 he lived, for a time at least, at Moray somewhere between the Dumbrok forest and the town of Moray, Situated on the northern borders of Scotland, defending it by orders of a man known as Shane. He slowly became acquainted with the inhabitants of that region, and are they are some of the few people he talks to. He knew little of his nephew, as nobody had informed him he had one.

However, when he heard of a Hans Schneider now in care in the UK, he decided to investigate if he was related, as he had heard rumours about it. After a while, it turned out to be true, and he took him to Castle Melzar and revealed his wizard heritage. Now, when not traveling as a world renowned brewer, he cares for Hans in the castle, though he knows Hans can look after himself. His most common location of travel is North America.

Melzar is quite mysterious, having hidden away most of his life. However, though cunning, he shows a certain kindness to those he trusts, or those he is helping. He is brave, and always tried to fight for what he believes in, driving a rift between his brother and himself. However, his more darker personality is revealed when people are in danger, or being hurt. His involvement in the Hans Mansion fire is unknown, though he seemed to know something had happened, and he didn't get along with them... 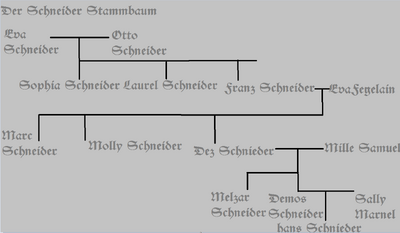 This family tree was found by Hans and Melzar at their home. His parents denied any wizards in the family, and on theirs, everyone with wizard blood was burnt out. Ironic. They were wizards themselves.

Retrieved from "https://dumbledoresarmyroleplay.fandom.com/wiki/Melzar_Schneider?oldid=864562"
Community content is available under CC-BY-SA unless otherwise noted.