Start a Wiki
Template:Border
This character is owned by FromTheEast 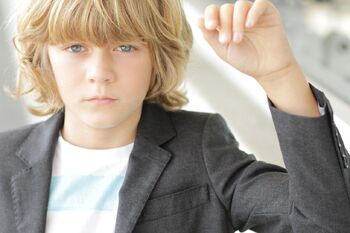 At the age of five, Mortimer's pure blood parents had witness certain kinds of events that their son had used certain kinds of magic like levitation and disappearance of certain objects and bringing it back. So Mortimer's parents trained him early to avoid a nuisance and disturbance to his father's printing press. His mother taught him the basics of making potions at age of seven; his very own talent made his mother proud so she bought Mortimer his very own pet, a Hawk. As soon as time passed he had learned the very basics of controlling his magical powers with the help of his father,  now he can suppress his magic and avoid hazardous situations but at the early age of nine he is aware that how powerful magic is and there the interest about life came along.

At the age of ten, he suffered great loss and depression because his very own father killed his beloved mother and at the very event of the murder, he killed his father. No one can confirm if he accidentally killed his father or not but one thing's for sure that Mortimer can't handle such powerful magic he has. He became lonely and traumatize because of the happening and so weeks passed his grandfather adopted him at Crow Manor located in London. At the Manor, he was trained by his grandfather to suppress the use and minimize the power he has. His grandfather taught him everything but sooner as the sun sets and rise his grandfather died because of old age. Still depressed and saddened about the deaths of people he cared of, he thought to himself that he will see them again if he became a powerful wizard. And so his Hogwarts Letter arrives...

But upon arriving at Hogwarts and after two months, Mortimer died of an unknown sickness. Leaving his butler, Grant Poe, to take care of his manor whilst waiting for his cousin to take over the Crow Manor.

Cunning and Arrogant. Mortimer prefers to be with people who he deems worthy or useful for future use. He is very interested in the secrets of life, potions, and alchemy. He likes to manipulate people or even use them for his enjoyments but he is careful when people are judging him because he believes that he is far more superior than anyone else. He doesn't judge people so easy, he rather see the use or talents of the certain person with his own eyes, if he thinks that a particular person is more stronger than him then he will work harder then ever just to surpassed the said person, in other words he is very competitive. But even all of this negative side he has he also has a soft side, he is passionate and caring to people he care, people who shared the same interest, and he is friendly to people who approach him in odd ways. He is not the type who looks down on people but rather a type who likes improvements and success.

</span>Mortimer has a long golden/black brown hair with fair colored skin, round and black colored eyes, usually seen wearing sweaters he loves and he would wear it for a week, skin tight jeans that he will also wear for a week but he maintains his hygiene.

Retrieved from "https://dumbledoresarmyroleplay.fandom.com/wiki/Mortimer_Crow?oldid=1073964"
Community content is available under CC-BY-SA unless otherwise noted.