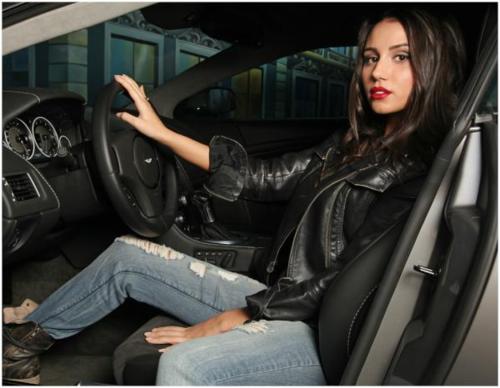 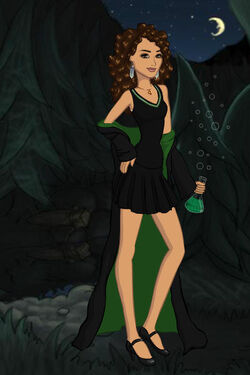 Nikki Carynn Roberts is a human wizard, and recent Hogwarts graduate. Nikki is a devious and sly witch who loves to make trouble. She enjoys Art and Astronomy and is very talented in Transfiguration, but she doesn't really enjoy it. . Her mother was a Slytherin and Nikki is fully ready to take on the tradition of being a Slytherin. 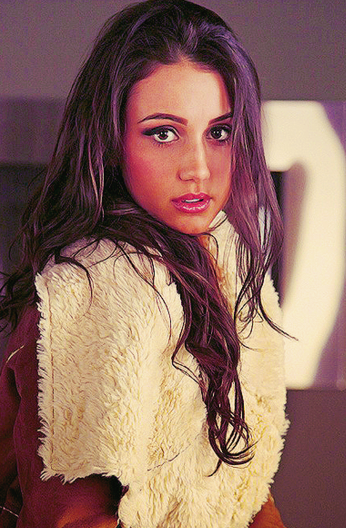 Born in Australia, to Micheal and Kalia Roberts (née Williams) both of pure-blood desent, Nikki and her twin sister, Josie were very privileged. That was until her father passed away when they were only 2. Nikki doesn't remember him or his passing, only knowing her mother was troubled by it. As the oldest of the twins, she grew closer with her mother and developed a similar personality. She had a pretty normal life after that, her mother worked very hard to provide for them. As their mother had, both the twins were sent on exchange to Hogwarts for all seven years. Their mother bought an old beat-down castle in Northern England to live closer to them and Nikki plans on to continue to live in England after graduation. 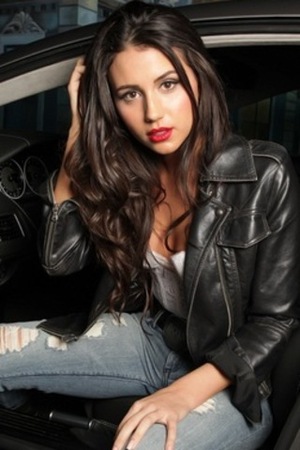 Nikki's life at Hogwarts was pretty boring. She didn't make many friends and chose to not socialize often. She studied a bit, certainty not as much as she should have, and paired up with students who would do all the work. She played as a beater on the Quidditch team for many years, becoming co-captain on and off, and in her final year finally became Quidditch Captain. She has yet to pick a co-captain, mostly cause she isn't close with any of her team.
In her seventh year, Nikki also learned about a little project called, The Black Parade. She signed up as a spy and an assassin and was successful in both her initiations. She is pleased that she has a basic plan for after graduation. She also wonders if she can truly make a living off of that path and if she can make any money at all.
Professor Ramely told Nikki that she could make a living off of her art. Nikki has always had a passion for it, but thought it was just a simple hobby. Since her conversation, she has put a lot of thought into the topic, and is seriously considering become an artist. Heck, maybe she can even pursue her love of astornomy by doing art about space.
She is currently working at La Lune Bleue as a Bartender, trying to earn enough to survive, while still working on her art.

1 of 7
Add photo
Nikki is identical twins with Josie, so they share basically the same appearance with minor differences. They are both about average height -- Josie is about 5'3 tall with Nikki standing an inch above her at 5'4. Josie has a fit, leaner build while Nikki has a curvier build. Both girls have muscle in there arms and legs from Qudditch, but as Nikki is a beater, she has more in her arms. They both have the same brown, curly hair, tanned skin and big brown eyes.

Both girls have a very different style of clothing. Josie prefers dressy clothes and her typical Hogwarts Uniforms while Nikki has a more simple, edgy style. She likes to layer her clothes and will not wear anything with large amounts of colours or patterns.
Nikki also recently got her first tattoo. It may be a muggle thing -- but Nikki loves the idea. It is a small feather on her left wrist.

Nikki is a selfish, troublesome pure blood witch. She has always been struggling against Josie. They are just so different. Nikki isn't one to trust quickly. She is cunning and highly resourceful and can easily see through people. She is capable of a lot of success but isn't ambitious enough to go for it.
Nikki is a highly confident student but she has a fairly sharp tongue. She can often be rude and mean. She would much rather be alone than in another company, but when one gets on her good side, Nikki would do anything to protect them. So far, no one is on it. The closest would be her sister and her mother.....maybe.
Nikki loves art and astronomy but was never one for studying. She prefered more practical uses of magic, very little which would have been taught in the classrooms of Hogwarts.

Sylvester is a sly, crazy Australian Mist. Just like his owner Nikki.

Retrieved from "https://dumbledoresarmyroleplay.fandom.com/wiki/Nikki_Roberts?oldid=395153"
Community content is available under CC-BY-SA unless otherwise noted.