Start a Wiki
This character has been requested to be preserved by YorkieWolf.

Noah Yong Seon Hyun
“Monsters only exist on the inside.”

▪ Ghost — durmstrang classmates because of his paleness

▪ Single pringle
Physical Info
For him, his best feature is his dimples 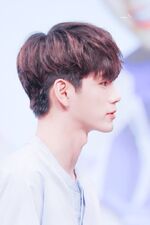 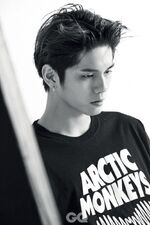 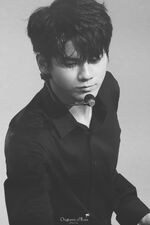 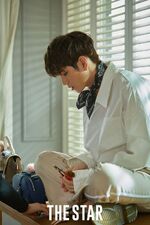 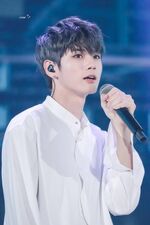 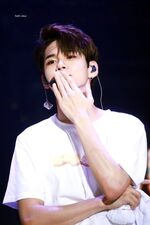 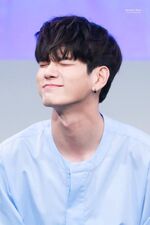 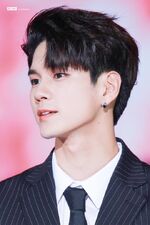 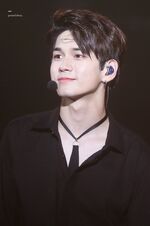 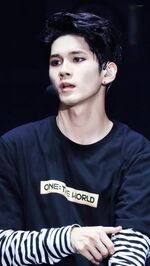 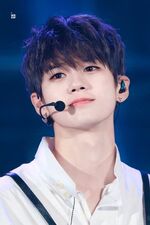 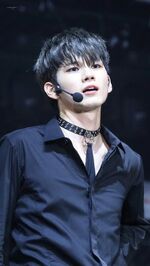 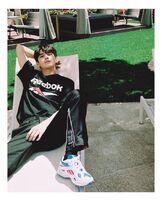 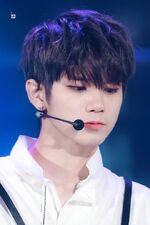 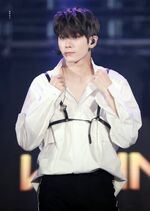 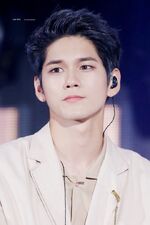 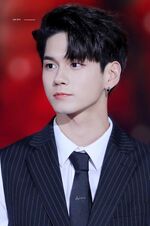 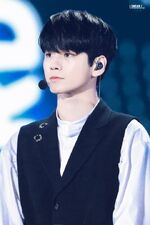 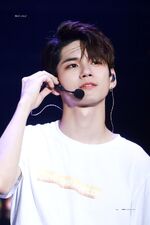 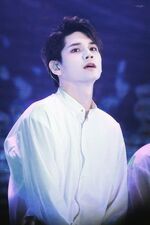 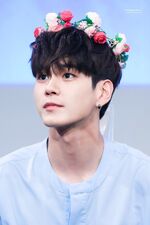 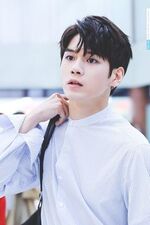 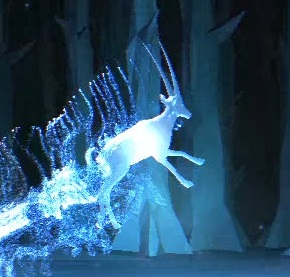 Noah is strong willed and ambitious, stemming from his hope to change the world. He hates bullies, hates prejudice, and is extremely #woke. Interestingly, his experience with wizards have created a sort of barrier/stigma for wizards with him, and even more interesting is, he was raised by a wizard who he still thinks is a muggle. Well, he knows she’s a wizard because she’d have to be for him to be magical, but he’s in denial about the logic. It would mean that too much of his foundation was a lie. He works hard in class but has a high musical intelligence, so things of that aspect come more naturally to him. His dream is to mix music healing and magic to create something to help anyone in need.

The dhampir isn’t instinctively mean, he just hates wizards. Really, he’s a kind guy and would heal his worst enemy, no matter how much he’d want to be the one who kills them. His generosity and his unwillingness to try harm another person can be weaknesses because it means he’ll let people step on him until he explodes. Once he explodes… he’s not in control. On’t get him wrong, the dhampir has had goo wizard friends, it’s just normally they’ve been explicit with him about their wokeness as well. Durmstrang taught Noah to be cynical, but Noah always knew how to see the best in people. These two pieces of himself often clash, but for the most part he hasn’t expressed this to anyone because everyone who was close no longer is.

Everyone wishes they’d have a twilight love story, until it becomes a reality. Luna Hyun, prominent healer from Ilvermorny, doesn't’ regret her life, but wouldn't’ wish it on anyone else. The girl was a humble open minded pure blood with exceeding magical talent. In her time, she was a major proponent for bringing muggles up to speed with wizard healing. At a young age, she met and healed a troubled vampire serving time in the U.S. wizard prison system for killing a child. Months of communication turned them into the young sparkly couple of twilight dreams, with a harsher, gritier reality. Luna loved a man with no future despite the long undead life.

The vampire eventually did his time and got out, only to be arrested soon after for violating his parole when he didn’t register in time for a program he needed to. Luna was already disgusted by wizarding society for their mistreatment and abandonment to muggles, she now flt the prejudice and discrimination it forced magical minorities to endure. He second time he got out, they hid themselves in the muggle world. There, they had a baby son named Noah.

Their happiness didn’t last long. It was interrupted by a vampire hunter looking for fame an knew of Noah’s father's track record. Noah witnessed the death at three, but as he was a small child, he only visits it in dreams, and forgets it before he wakes up. This is about the time when Luna decided the best thing to do was run away. She traveled around the world helping people in varying countries as doctor, working in contract with Doctors Without Borders. Noah had no one else, so he grew up traveling. Luna never told him she was a wizard, and more importantly, to give him a sense of normalcy, she never told him he was a half vampire. All he knew was once a month he’d need to drink something for his health, and that around that time, his mother seemed weaker and paler.

Things started changing for Noah when at seven, he managed to close the wound of a young girl who had gotten hit by a motorcycle. At first he couldn’t believe it, but came to the conclusion that maybe, he held secret powers to help people. Noah tried again and again to do what he originally did, coming up with degrees of success. It was harder to do now that he meant to do it intentionally.

Noah grew up without friends because he moved around too much, so music was his friend. He taught himself to pop from youtube, and a local man in a village he’d been in taught him to play drums. It was the only thing besides his mom that could calm him.

At ten, Luna told him what he was. Not a half vampire, not yet, but a wizard. She told him he could learn what was necessary from her, and continue in the muggle world, or he could explore the wizard world, without her. As much as he loved her, he was excited to go somewhere stable for once. As it was an international school, Luna sent him to durmstrang. She also sent him there because, having come from a pure blood world, she knew he’d get to see the evils of the wizarding world immediately. He last thing she wanted was for the world to hurt him like they did his father.

The first year of durmstrang was exhilarating. Noah voraciously ate up all the knowledge he good, even having an appreciation for the darker things they were teaching. His try-hardness brought jealousy, which brought bullies. They did varying things to him, including stealing his mail. They were the first to find out he was a half vampire, having found the blood his mother sent him monthly to replenish his energy. Noah’s more passive, but when this happened, he raged on them and hurt them terribly with his strength. This confirmed to him what the were trying to beat him up for - he was indeed a half vampire. While in muc trouble, his korean pure blood name saved him from expulsion. During the summer, he had a large fight with his mom about not telling him what he was. Luna tried to keep him from going back, saying he needed to learn who those people were, but being stubborn, he went back.

Now outed as a half vampire to everyone, he felt more alone than ever. This is when he started to notice wizard’s subtle and not so subtle prejudice, and when he realized that anything he learned to help others could not be used to help muggles. Part of the reasoning was fear of being discovered, but the other reasoning was clearly implied. Wizards hate muggles.

Noah endured three more years with these hateful and ake students who treated him as a monster or a fun experiment (hello, first ex girlfriend). After doing some research, he found that the ministry in the UK seemed quite progressive in comparison to others. The scarred boy found someone to sponsor him till graduation and house him so he could attend Hogwarts, and ran away from his situation in durmstrang. He might kind of hate wizards, but if he was going to do anything about the state of society, he needed his education. All revolutionaries know this.

Coded by Mint Sput, Background image code by User:SnowGem, questions from Quotev and layout inspiration from octomoosey and astraeacodes. 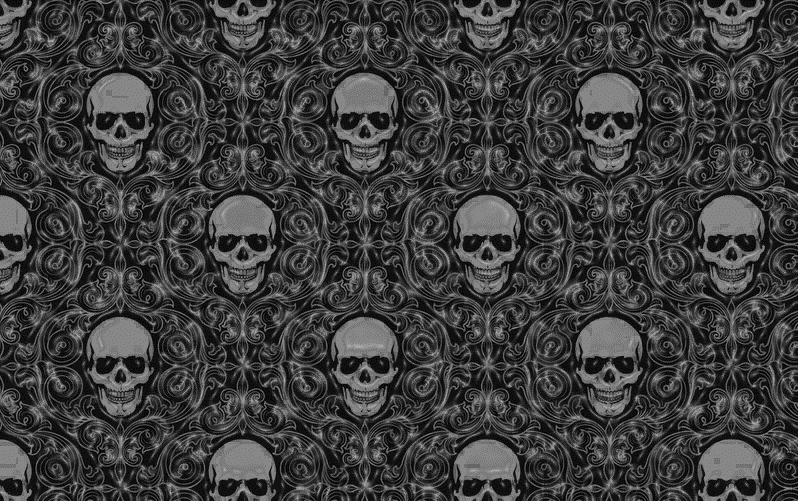 Retrieved from "https://dumbledoresarmyroleplay.fandom.com/wiki/Noah_Hyun?oldid=1042978"
Community content is available under CC-BY-SA unless otherwise noted.