Nuala McDermot is a Muggle-born witch of Irish and Nigerian descent. She is the daughter of the late Ginika Martins and Turlough McDermot.

Her sisters told her stories about their mother, and her brothers told her stories about their father. She does not remember her parents, she wants to have stories of her own. She can make believe all she wants, but it always feels like she is lying to herself. She thinks she has a few memories of each of parent, some of her mother's face, her eyes mostly, and a memory or two of the smell of her father's favorite cologne. Nothing she can remember is she sure is her own memory. Everything she knows is something she heard from one of her siblings. She knows that Lorcan likes to use a little bit of the same cologne, she has always known that smell, earthy woody, aromatic. It is a warm spicy smell that makes her feel sort of happy. She knows that she, and her sister's have her mother's eyes. She can see them staring back at her whenever she looks in the mirror.

It was not something she meant to do, at least that was what she told Sinead when she was asked. She was so overwhelmed with emotion trying to tell the difference between Sinead's face, Maeve's face and her own. How would she ever know if those eyes staring at her were her mother's? She was so frustrated, so annoyed and jealous. She balled her little fists and jumped down from the lid of toilet tired of staring at the face they all shared. The face of the mother she never got to know. She let out a grunt, as she landed she heard a crack. She looked up to see that mirror was broken. She never touched it, but it looked a lot like one of her little fists were the cause of the damage. Nuala looked down at her hands to make sure, and saw nothing. She slipped out of the bathroom hoping to ignore it, too bad for her Lorcan was not willing to do the same. It came as a great shock to them that Nuala was a witch. Not one of her siblings had magic, if they did they sure were not using it.

When they learned the truth about a lot of the unexplained incidents all connected to Nuala from an unexpected visitor it came as a great shock to them that Nuala was a witch. It would not change the fact that she was still their little sister, and they were going to whatever they had to do to support her. As far as she knew not one of her siblings had magic, and if they did they sure were not using it.

Nuala was Sorted into Gryffindor house, she was over the moon, it is the same house one of her only friends at Hogwarts is in. She is not sure she belongs there yet, but she felt like she would be welcome with open arms. Nuala started at Hogwarts in her third year, her magic did not present itself until she was about thirteen. She was not around for the traditional first or second years of school. She missed out on the crucial introduction to magic because of which she often does not take it as seriously as she should. She has had to do a lot of hard work to make up for that lost time, and there at moments when she thinks magic is not something she will ever master. She is slow to learn, which is the opposite when it comes to dance. She gets the gist of most spells, but has trouble fully understanding the more complex jinxes, and hexes.

During her third year Nuala was lucky enough to attend the Yule Ball. She did not have a date, and she did not need one. She went with a friend. She should have gone home to spend the holidays with her brothers and sisters, it was tradition. After a few letters back and forth, the most important one coming from her oldest brother Lorcan, she was convinced to stay at Hogwarts.

Pleasantly surprised by an early Christmas gift from the family, they paid for a shopping spree in Hogsmeade before the ball. Together Nuala and her friend Nadira picked out matching sequin style gowns from Madame Malkin's. Nuala chose a glittery gold, while her friend Nadira chose a shiny sliver. They bought too many accessories, and more than one pair of shoes each at The Glass Slipper. After a long day treating themselves they had Butterbeer and Cauldron Cakes at The Three Broomsticks. The shopping trip was a little bit more fun than the ball. Nuala met the younger brother of her teammate Peter Summers when she was in Herbology. She was growing oddly shaped carrots. After class was over she offered one to him, he took it and they have been incredibly close ever since.

Another Christmas brought another surprise during her sixth year. Jarryd proposed to her, she said yes. Things were looking pretty good until a blonde girl came along and sort of shattered her world. As if being shot were not the worst thing to happen to her nearly having her fiancé stolen from her right in front of her face was pretty devastating. She even went so far as to punch Jarryd in the head to break the spell the girl had over him. She has not forgiven him for what happened and she probably never will. She has had a difficult time trusting him, but she still has not been able to let him go. She tried to break up with him but she could not actually get those words to come out of her mouth, it was too difficult to end something that meant so much to her over something that was partly her fault.

She earned a spot on the QGT as starting Chaser during her fourth year. She fell into a rhythm with her fellow Team Gryffindor chasers; Lydia Constantinou, and Arthur Attaway pretty quickly. She even developed a rapport with her teammate from the Reserve team; Peter Summers as well. Game One ended picture perfectly. Thanks to the team, their beaters Malia Sakellarios, and Mason Brown, and their chaser play combined she was able to score a whopping fifty points for Gryffindor in her first game ever. Not to mention how the team rallied together to take home the first win of the season.

Mission: Squad Goals. Achievement Unlocked! Game Two did not end as well for the GQT. At least not anything like she would have ever imagined. She did score approximately forty points in the match, but she is sure no one cares since they lost to Hufflepuff. That, and the Captain lost control of his broom. He made contact with the ground below. Game Three was a $#^%storm. The GQT were in poor form. She knew everyone was going to blame Peter for his foul on the Head Boy at the time Owen Connor, but, that was not his fault. Peter earned the opening points of the game, he set the tone, a standard for that final game that the rest of Team Gryffindor failed to live up to. The loss made the dismal thirty points she scored that match meaningless.

Gryffindor received barely any points towards the Cup after the final. They came in 3rd beating out Hufflepuff in 4th by over one hundred and thirty points Not only did they lose to Ravenclaw, they fell behind Slytherin by a measly forty points. Except for Jarryd, fourth year was a bust.

Nuala is playful, she loves nothing more (her family excluded) than she loves to have fun. She is disturbingly affectionate, and frustratingly kind. She likes to laugh, and she is always smiling. Nuala is a dancer, she finds rhythm in everything, she loves to keep on m o v i n g, and she hates to be still. She is constantly worried something terrible will happen to one of her siblings, or her friends. She tries not to let darkness take her down. She does not pretend that she has not experienced irreplaceable loss, she knows that now she can see the bright spots a little brighter, and the dark spots a little darker because of it.

Nuala has a round shaped face beautiful rich creamy skin, and a light milky complexion. She has long, dark hair, and big brown eyes. She has a cute, tiny, nose, a little bit wide it sits adorably proportionate to the size of her lips. Nuala takes after her mother, but she does share a few select features with her father as well. 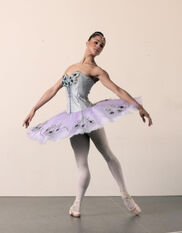 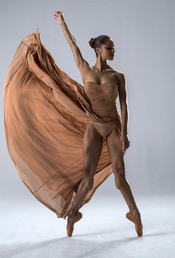 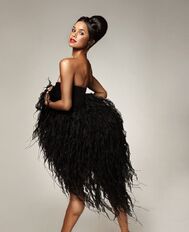 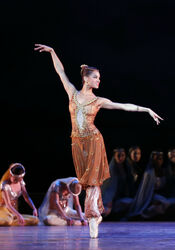 Retrieved from "https://dumbledoresarmyroleplay.fandom.com/wiki/Nuala_McDermot?oldid=964221"
Community content is available under CC-BY-SA unless otherwise noted.