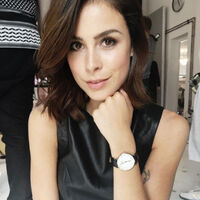 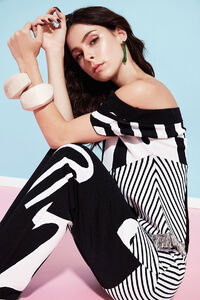 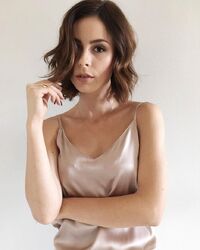 Some things are woven so intricately into your being, you can never relinquish them, as much as you wish so from your core, your deepest of places. At times it can be the best thing imaginable for you, making you feel like you're soaring past the seven wonders of Earth. More commonly than not, however, it makes you feel like the shittiest being in the Milky Way. It often takes the shape of a tragedy, one way or another caused by you, or your very own blood. You do everything you can to forget it, to erase it from your memory chambers, to try and keep yourself from hurting further, but it's impossible - the memory of the burning pain, the feeling of disappointment, anger and self-hatred that came washing over you is all too familiar by now. It's ingrained into every single one of your chambers. Your memory, your emotions, everything. You are no longer the person you used to be. The transitional phase is long and slow, but in the end, the being you once were has been reduced to nothing but ashes. In your place is now the shell of who you once where. Deep down, you're there, but you've undergone too much pain and misery to even recognize it anymore. You need help. Desperately. But you're too afraid to say so, aren't you? So you let it manifest. You let it manifest in a dark and dangerous way. You titter onto the dark side of self-care, without anyone to properly care for you the way you need and secretly yearn. Your soul has withered under the carelessness of many, but none like your own, like your parents', like your siblings', like the family you lost. But were they truly ever your family? It certainly doesn't feel that way.

Everybody fails to see the sadness and confusion, the pain, that lingers behind your brown orbs. Nobody sees the way you stare towards the Dungeons longingly. The pain you've carried with you throughout the years has progressed, slowly threatening to overcome you. Your barriers are stronger than ever, everyone has been fooled by your appearance and looks; your name alone screams power. Nobody dares defy you, you're easily one of the most influential witches of your era. Manipulation is an art you've mastered by now, a mistress of potions and disguises at such a young age, which frankly you know how to use to your benefit. The years on the run from who she is, hiding away and living shamefully have molded you into someone far too wise for the number that represents how long the flesh that holds your soul has lived on. But you know. Your soul is older, darker, wiser. You're lucky, you know, to bear the soul you have. But you don't embrace it. It's the soul that has brought down misfortune on the people that share your blood and the people they hate. Fate is a tricky thing, something you can never escape, yet your soul has again and again forsaken that, bouncing from fleshy host to fleshy host carelessly and recklessly. Your soul should be put to rest, after every century it has been forced to undergo misery and agony. But it lives on. It escapes the clutches of the endless rest over and over again. You're tired beyond recognition. You want it all to end, you want to end it yourself most the time. But you can't. You won't. You don't want to be a bigger coward than you already are. But it doesn't make sense, which furthers your confusion. You've got mixed feelings. Living seems cowardly, not living seems cowardly, facing your family does, not facing them does, too...

But you hold on. For Peter. For your twin. Your soul sister. Your better half. He's your purpose, your only reason to exist right now. You love him to pieces, there's no denying that, but he doesn't realize the battle that wages inside of you. He's oblivious to what's going on inside of you, and that bothers you, but you know it shouldn't. You're an enigma.

You're a mystery, a puzzle that has yet to be solved. Nobody has made a move to attempt and figure you out, though. You know nobody ever will. You're a mess inside. But deep down, you're the girl you once were. Your smile can be the brightest, your eyes have the potential for vividness and warmth. You secretly yearn to feel the thrill of happiness again, but you believe you won't. Who would even like to figure a puzzle like you out, to sort you through and understand your complex nature? You, for sure, wouldn't. You wouldn't think twice about abandoning a monster like yourself. So why would anyone else pay you any attention, let alone pass your tests and trials? Prove you wrong? You're a monster, you know. Knowing what your family does, and not reporting it.

The world is better off without you.

Aristocracy. Arranged marriage. Blood supremacy. Hatred. Racism. It's what composes the Adairs' parents and most their children. Thus, the Adair family never truthfully felt like a family to second youngest child Phyllis, so much as Peter Adair himself did. She's always been the odd one out, from the second she was born as the only girl in the family. She had her twin brother Peter, younger by three minutes, and her older brothers. Though her family felt strongly about her, it was mostly negative, given the fact that the only way of passing on their beliefs for the next couple of generations would be through sons who gave their own name to their children. Phyllis... she'd marry into another family, who could potentially have different sets of beliefs. It never did sit well with her British-born father and Swiss-born mother. Yet they treated her like they treated their sons, because they saw her as a way to potentially forge an alliance with another family, just how her grandparents forged an alliance through her parents' marriage. That was all they seemed to care about. Their power, their influence over everyone.

Phyllis' first couple of years were difficult, to say the least. Her parents were barely around, it didn't help that they often took her brothers out and left her behind with the butler in their New Zealand home. It made her feel like an outcast from the start. Though honestly, she preferred being thought of as an outcast, the black sheep of the family, than to be let in on the horrors her family committed. It wasn't a secret they were supremacists, like every other pure-blooded family that lived in New Zealand. Why they settled there has never been in Phyllis' interests to find out. Why? So she could be scarred further? She'd rather not. It was bad enough as was when she found out they were able to take their hatred a step further by continuously attempting to bring down and even kill some muggle-borns and half-breeds. Though their hatred had never extended towards half-bloods, at least not to the extent it extended towards the other two, but it was there nonetheless.

Phyllis was homeschooled early on on magical subjects, her parents not once allowing her to touch muggle subjects. They often berated her for wanting to learn about muggles and the subjects they learnt in school. Little by little, they began to poison her mind. She was beginning to believe them, and there was a point in her life where she found herself just as discriminating as her parents. It's a point in her life she isn't proud of, a point she tends to run from, but it existed. It happened. And she'll never be able to properly escape it. However, there was a constant in her life that no matter what, always tried to do his best to keep her from falling into their parents' belief. Her twin brother, Peter Adair. He always did what he could to save her, be her knight in shining armor throughout their years pre-Hogwarts. It's why she's so protective nowadays, just returning the favor he did her in their childhood. Though then again, was it very effective, when she still feels confused these days? When she doesn't know who she is, let alone what she should believe in?

Phyllis Adair - who by then was beginning to answer only to Joanne unless it was to her parents or older brothers - was homeschooled for her first two official years of magical schooling. She took first and second year tutored by someone hand-picked by her parents. She hadn't been allowed to leave with Peter to Hogwarts by her parents, since they believed there were still beliefs to be engraved in her. Those two years were the worst for her, because she didn't have her brother to keep her from falling for their parents' bullshit beliefs. Her confusion worsened on the subjects, but she began to openly agree with her parents, fearing what would come if she didn't. And to be truthful, she just wanted to be with Peter. It's for that that she was relieved to find out her parents would be relocating the family to Great Britain with some other families from New Zealand, and she'd be allowed to take third year in Hogwarts. It does, of course, have its downside. They'd caught word the Adair patriarch's homeland was being led by a monster, a mutt, a werewolf. There was nothing confirmed, but they were already enraged, so nothing could stand in their way by then. If it turned out to be true... Phyllis - Joanne - feared what could possibly happen.

Add a photo to this gallery
Retrieved from "https://dumbledoresarmyroleplay.fandom.com/wiki/Phyllis_Adair?oldid=1020393"
Community content is available under CC-BY-SA unless otherwise noted.