Piper Lancaster @ThePipes Follows you punch the nazis then take care of yourself - me United Kingdom Joined September 2039 873Following 1.2kFollowers

Piper Lancaster is the type of person that does whatever she wants as long as she thinks it's cool. Such as punk. Piper is currently going through a punk phase, constantly wearing leather jackets and is still trying to decide which extreme hair colour to dye her hair. She's also stubbornly listens to only punk music, even though she finds it very hardcore. Piper's really more of a jazz person and has been since she was a child. She insisted on learning the saxophone when she was only four years old. Eventually, she will most likely move past this punk phase but until then, Piper's wearing leather and piercing every single inch of her ear, or trying to, she's only got the cervix and her lobes done. Doesn't mean she isn't planning for me. Yet, Piper can be very indecisive and struggles to make a decision. She'd honestly rather anyone else make the decision for her, especially when it comes to food. Who do they think they are making Piper choose between pasta and pizza?

Piper, though she adores her family, does struggle to feel like she's apart of it. Kind of. She's just sick of people assuming she's adopted because she isn't white. Piper often tells people she's Vietnamese regardless, even though she knows next to nothing about her biological mother's culture. Doesn't know the language, the culture, doesn't even have a Vietnamese name. She wants one, though, and Piper is considering giving herself one. Piper is very attuned to her own emotions, though, and likes to deal with them through talking to people about them. She's not into the whole bottling it up until you explode situation. Piper also uses her diary to do this and often vents everything she thinks and feels into it. Of course, over the years, she has multiple and has a small box in her room dedicated for old diaries. Should she get rid of them? Probably but Piper is sentimental and a bit of a hoarder. Piper also dabbles in poetry but is terrible at it.

Another thing that people don't usually realise about Piper is that she's good with numbers. She understands math and can almost come close to being called a human calculator. It's helped her with technology, too, and has come to be able to hack over the years. Of course, she's not a genius at it but she's good enough to pull pranks on random people. Not that she wants to be cruel to people. No, Piper struggles to do that and accommodates for everyone. For Piper, everyone has to be happy and she struggles with the idea of letting someone down. Furthermore, Piper is an outdoor person and loves to go camping. If she could sleep under the stars every night, she would. She also likes to swim, though she prefers oceans or rivers over a pool. That's too artificial for her.

Long before the word entered a stage of regression, Dorian Lancaster fell in love with Dean Cantrell. It was a short-lived summer romance between a tourist and a local, over before it even began. Dean was from the Colonies, and his parents were nothing short of homophobic. Then you had Dorian, who was given anything and everything he wanted except the liberty to love who he wanted. Perhaps that's why he was so enthralled by Dean, even after he left for America - he embodied everything Dorian wanted but could never have.

Dorian and Dean didn't exchange a word until long after they graduated. It was an encounter by chance, when they were both on vacation in Greece. They were close by all means, but nobody realized the extent of it until a year later, when Dorian introduced his now boyfriend to his parents. It was a dark day for him, and he ended up homeless and left out of his father's will. Ironically enough, it went drastically better for Dean, hence why it was a no-brainer that he move to the United States with his boyfriend. Come another year, and the duo were to be wed. Yet another, and they were well on their way to having their first child with the aid of a donor and a surrogate.

By no means was it easy to bring Isabelle Celeste Lancaster into the world. Finding a donor was hard enough, let alone someone who was willing to carry their child to term. They were lucky to find Karina Porter when they did, more than eager to contribute where she could. Furthermore, her carrying their firstborn snowballed into her becoming the maternal figure in her life. Karina was there with Isabelle and later Chandler, Reggie and Jonah. However, Piper was a different story. Their life was hectic, but there was no other way they'd rather live it. Dorian was able to become an American citizen while retaining his UK citizenship, whilst Dean went on to join the Marine Corps.

Initially, they decided the fourth child was to be another surrogate and they had approached Karina. Because if one child was to be hers then why not another? Except...for a reason unknown, Karina lost the next child she had when she was artificially inseminated with. Thus, to play it safe, Dean and Dorian had to find another surrogate for the fourth child. It ended up being Shim Eunchae, a school friend from Dean's childhood who took the responsibility up. Eunchae disappeared the moment Piper was born, though, but it didn't really affect Piper that much. She had two dads and essentially one mother, plus an army of siblings (not really but there was enough) to keep her company and well loved.

By the time she was born, Dorian's hybrid book store had failed and Dean was well established in the army. This meant growing up, she saw more of Dorian and her grandparents than Dean, not that she loved him any less, she might have just...ended up seeing Dean as a fun uncle than a dad. She didn't even realise he was her dad until she was five, when she blurted out 'what do you mean you're my dad' at Christmas lunch. That event still haunts her to this day and prays her family and anyone else present has forgotten it. Piper watched her older sister be sent to Ilvermorny, completely ridden with jealousy. She wanted to go and was rather disgusted that she had to wait another six or seven years until she could. Her first magical incident occurred when she was eight years old where she changed the colour of her dress. It wasn't at all dramatic or as touching as her older sister's was. But it was a magical incident nonetheless.

Piper was sent to Ilvermorny when she turned eleven, being sorted into Pukwudgie which wasn't a surprise to her. She wasn't exactly suited for any of the other years. Warrior? Definitely not. Scholar? Potentially but Piper once thought you could put boiling water in the fridge to save it for later, completely forgetting that water freezes when placed into the fridge. Thus, probably not for her. Though, she found herself very attuned to maths. Adventurer? The only adventure she goes on is through all the T.V shows she watches. So Pukwudgie was most likely the best fit. Piper was popular enough. Not popular to the point where people swarmed her, but the type of popular where she was friends with everyone. Everyone got along with Piper Lancaster. However, this meant that Piper didn't really have a specific group and was often left out of cliques or shoved into the middle of an argument between two groups. However, when she was fourteen, Dean had served out his term with the army and could retire with a pension. For some odd reason, they decided to move all the way to the UK just because Dorian wanted to reconnect with his grandparents. In Piper's mind. Odd. Thus, she was now in the UK with her siblings and parents waiting to enter her fourth year at Hogwarts. 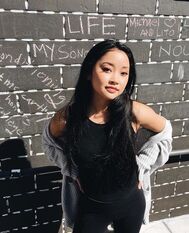 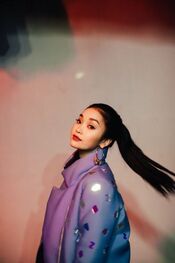 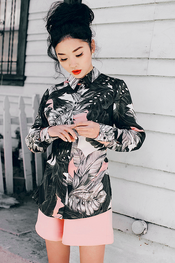 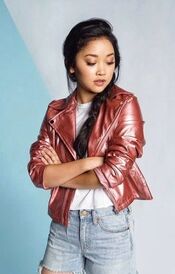 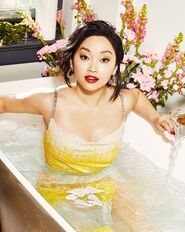 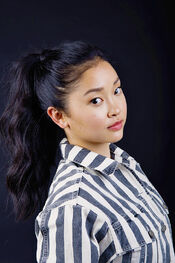 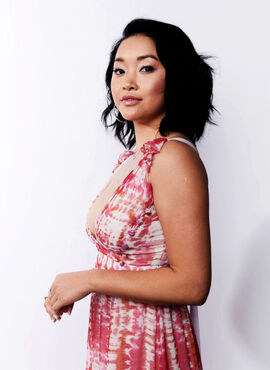 Retrieved from "https://dumbledoresarmyroleplay.fandom.com/wiki/Piper_Lancaster?oldid=1066647"
Community content is available under CC-BY-SA unless otherwise noted.