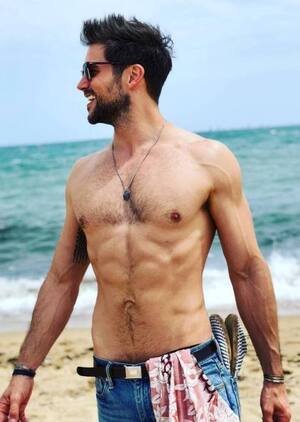 Prince Archie is - in no doubt - a people person. He is an extrovert and he is extremely friendly and very approachable. His social skills are off the charts, and he is a master of small talks and good conversations. He is, in a nutshell, a very confident young man who has no qualms with getting to know strangers and forming relationships. As a royal - who often needs to be present in a lot of social functions - it is a skill that has proven to be quite useful.

In relation to that, Prince Archie is also very loyal to those he cares about, especially his family and friends. As the eldest of the Windsor children (well, more like grandchildren, but whatever), he is extremely protective of his younger cousins, and of course, his sister, and will never let anything harm them. He's very close them and they have a special place in his heart.

Prince Archie is very adventurous. He is always thirsting to go on his next big adventure, and is always game for some exploring. He loves travelling to different countries, especially exotic locations like Southeast Asia and South America, and definitely has wanderlust. He is also athletic and into sports, having played Quidditch for Hufflepuff during his time at Hogwarts.

Archie is also into partying and night-outs. He loves going out with his friends and bar-hopping in different cities, most notably London and Amsterdam, but he also likes the scene in Brussels and New York City in the United States. He is a party animal, and is good at throwing parties at well - both the royal and the wild ones. Prince Archie is very flirtatious as well, and has had his fair share of girlfriends. He is heterosexual, and loves girls who are intellectually capable, adventurous like himself, healthy, and can keep him in his toes.

⋇⋆✦⋆⋇
if the sky that we look upon should tumble and fall, i won't be afraid

Princess Mary is the second-born child and eldest the daughter of Queen Victoria and Prince Louis. Out of their six children, she had always been the most passionate and interested about Muggles and their lifestyle, which was why it turned out to be no surprise when she ended up marrying a muggle-born wizard, Colin, whom she met in muggle primary school. They ended up going to Hogwarts together and embarked on a relationship with each other, marrying after 20 years since they've first met. After the wedding, Colin took on the name Cornelius, which he deemed more fitting.

They soon had their first son whom they named Archibald Alexander Louis - Archie for short. Prince Archie was the first and eldest grandson of the Queen, and thus was rather spoilt. It didn't have too much of a negative impact on him though, because he grew up to be generous and kind, especially to his younger sister, Elenore, and his royal cousins whom he's all close too. He is actually very protective of everyone, often acting like the 'big brother' of everyone in the family, and would never let anyone hurt them.

His first sign of magic occurred when he was eight years old. He was with his parents on a diplomatic visit to the magical royal family of Sweden, and he accidentally bewitched some snowballs while he was out playing with the other children. After that incident, he was deemed eligible to study at Hogwarts and received his letter of acceptance the eve of his eleventh birthday.

He went to school, got sorted into Hufflepuff house, did well, and graduated with excellent marks. He made tons of good connections with the people he encountered - students and teachers alike - and was very well-known during his time at school (being a prince, and all). After graduation, Prince Archie didn't immediately look for a job. Instead, he stayed unemployed and enjoyed the perks that come with being a free adult (of royal lineage) and is currently busy travelling the world and going on a bunch of crazy adventures. He doesn't have a career in mind yet, despite being twenty-four years old already, but he is sure that the universe will send him a sign soon, and that he'll know what he'll want out of life. For now, he's kicking back and enjoying his free time.

Retrieved from "https://dumbledoresarmyroleplay.fandom.com/wiki/Prince_Archibald_of_Windsor?oldid=1046354"
Community content is available under CC-BY-SA unless otherwise noted.