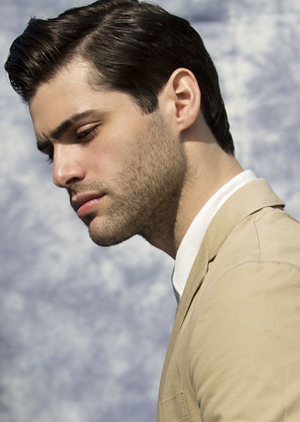 Prince Octavius is as cunning and smart as he is noble and suave. He finds it quite easy to read situations and figure out whether his more charming and prince-like personality should come out, or if his more carefree and rebellious side should come out. His charm can get him places, and he finds it easy to get answers when he needs to with said charm. He isn't manipulative, he's resourceful and uses the skills he has to get things.

There hasn't been a single moment where Octavius ever wished he wasn't a prince, and if there were the thought wouldn't last long. Octavius loves the attention and crowds he gathers and can't imagine a lifestyle not in the public eye. Whether true or not, Octavius believes himself to be one of the more popular of all Queen Victoria's grandchildren. It's quite a cocky thing to think of himself, but he prides himself on it nonetheless. He was figuratively and literally born for the role of a prince and hopeful king.

Octavius is very much so jealous of those in front of him for the line of succession to the throne. As one of the oldest, as well as the self-proclaimed best wizard in the family, Octavius believes he should be closer in line to the throne rather than going by who was born to which child of Queen Victoria's. Often he feels bitter towards his cousins ahead of him, especially considering he's older than most of them. If he had it his own way there would be a set of trials to determine which of the cousins would follow the reign of their monarch.

Queen Victoria's third child, Princess Vivienne, was always the one child who thrived to be unique and different. Even going as far as attending Beauxbatons after refusing to attend Hogwarts. Her now husband, Henry MacMillan, was a pure-blood wizard who escaped the life of wizarding by becoming a reporter, which inevitably is how Princess Vivienne and Henry met. Several photographs and a few interviews later, and Princess Vivienne made the first move. The rest, some could say was a picture perfect romance as Princess Vivienne and her Prince Henry lived their lives under the umbrella of the royal family.

Princess Vivienne wasn't always a fan favourite in terms of royalty, and most tabloids deemed her as the most polarizing figurehead in the royal family. You either loved her or you hated her, while Prince Henry lived a much more clear path. Fans of the royal family adored him, and even those who weren't a fan of Princess Vivienne knew Prince Henry was not only good for her but also the royal family. He was often described as the picture perfect royal spouse, and many questioned why someone so upright would marry such a polarizing figure. But alas, their marriage worked beautifully, and it wasn't long until kids were brought into the mix.

Prince Octavius Christian Bishop Edward Windsor was the first of Princess Vivienne's children. A rambunctious child he was, certainly getting that from his mother. However, in front of crowds and cameras he had a sense of nobility to him and many fell into little Prince Octavius' charming demeanour. Those around Octavius knew he was good at acting a lot more mature than he really was, often fooling his relatives with his upright attitude that Prince Henry always said was best for the masses. It never lasted long though, at some point Prince Octavius would throw a fit of jealousy.

Octavius wasn't the only child of Princess Vivienne however. A year after Octavius there was the birth of his first sister Sophia, and then his youngest sibling Estelle followed after. As the oldest, Octavius took good care of his younger sisters. Once again, in front of crowds and cameras, Prince Octavius seemed to be a perfect older brother. Always watching out for Sophia and Estelle and following them around making sure they didn't get into trouble. Behind the scenes he wasn't terrible by any means, he was just a lot more independent and would rather do his own things rather than have his little sisters hanging off him.

At the age of eight Octavius had his first magical encounter. With his powers just kicking in, he was getting in a bit of an argument with his sisters when they all made a sandcastle together. Heated, Octavius accidentally caused the sandcastle to blow up with his magic. It was as if a small bomb had hit the castle, blowing the sand crystals in every which way. Octavius was picking sand out of his hair for days after.

Growing up, Princess Vivienne and Prince Henry weren't overly strict on any of the kids, which meant Octavius really had free reign over whatever he wanted to do. He wasn't overly rebellious by any means, aside from parties which he frequently attended. Like his mother, Octavius decided to go to Beauxbatons over the typical choice of Hogwarts. At the time of his first year, he was sorted into the house of Ombrelune. However, after his first year he decided Beauxbatons just wasn't for him and in his second year he was transferred to Hogwarts where he became a Ravenclaw student.

During his time at Hogwarts, Octavius was known to pull the royalty card to get out of things. He more so flaunted and used the label than owned it properly, a great change from when he was little. But as he matured and grew up, Octavius fell back in line and corrected himself. Becoming the strapping young Prince Octavius of Windsor that many know and love today.

Retrieved from "https://dumbledoresarmyroleplay.fandom.com/wiki/Prince_Octavius_of_Westminster?oldid=1033315"
Community content is available under CC-BY-SA unless otherwise noted.