Some may say for a prince, Tiernan doesn't act like one. He tends to act like a regular person, preferring not to flex his status on people to gain favours or special treatment and rather building an actual connection with those around him to get him places. Known to be quite social, Tiernan is often the life of the party and he at times doesn't know when to quit. Some may say it's a bit careless the way Tiernan goes to great lengths to enjoy every moment he has, but he thinks there's no point in living if you're not having fun every step of the way. Quick-witted and all around charismatic, Tiernan is sure to enjoy himself wherever he goes. But just because he has a more care-free personality doesn't mean he'll sit back and take any wrong-doing that may come his way. He'll snap back just as fast and will hit where it hurts.

Whilst not wholly rebellious, he does have a side to him that would rather not listen to the instructions of those around him whether it be royal or professor. He'd much rather forge his own thoughts and actions than doing as he's told, and while this may not bode well for him at all times it's a lifestyle he'd rather live. Having always been a bit more of a free spirit than some of a royal status, Tiernan has always been known to the public as someone who can be a touch careless with his actions or jokes. While he can be a good person to cry to, he isn't known to be the most empathetic if he's said something truthful that ended up hurting you. He'd rather stick by what he's said then go back on something. Maybe this makes him an ass, but he'd rather be honest than dance around someone's feelings.

The country of Ireland barely had time to unite themselves under one flag when in 1169 the Normans invaded. King Ruaidhrí fought back for almost 30 years, but by the time the year 1198 rolled around, the one Gaelic King Ireland would ever know passed away. There was one dirty secret that the King has though - he had wizard brother. This Brian ua Conchobair was the magical king, and he was likewise conquered by the muggle King. (The fact the Irish had a magical royal before the English is still a pint of extreme national pride). What the muggle didn't know is the Brian had a son, Tairrdelbach, who inherited Brian's gifts.

The magical people of Ireland obviously had no power any more, but they kept track of Tairrdelbach's descendants. They changed his last name to make his family less conspicuous, and the house of ó Maoilriain was born.

They family was kept alive for almost 800 years, when in 1922 the muggle version of Ireland gained it's freedom. However, the magical people of Ireland did not. However, King James knew that if he did not make any concessions, he would be in deep trouble. That's when the Irish came forward with the man they believed to the rightful king of Ireland, Ríoghnán ó Maoilriain (the first). King James made a concession, giving Ríoghnán his daughter, Iola to marry. With the marriage came a promotion to Archduke - higher rank than any other royal, minus the King himself. He would be allowed to act almost independently, but he would still technically be under English rule. The Irish agreed - very begrudgingly. If they truly wanted to fight for their freedom, it likely would have ended with a lot of death, and they'd likely lose. It just wasn't worth the risk, and thus the Archduchy of Ireland was born.

The ó Maoilriains did not marry any more British people into their family tree from that point forward. The Irish Nobles all married other proud Irish families, being very careful to avoid the effects of inbreeding that plagued previous monarchies. This was because that initial begrudging acceptance of remaining under British rule only grew stronger as the years went by. The family grew to develop a strong distaste for their British counterparts, the Windsors. Most of them secretly support the idea of Irish independence... some not so secretly. The other European countries looked on with indifference, at least for the most part. They did have one ally - the French.

The French and the English haven't gotten along for a very long time, and so of course, the mantra of 'the enemy of my enemy is my friend' came to fruition. The ó Maoilriains and Valois formed a close relationship, in some regards the Irish are closer to their French allies than their own sovereign counterpart, the Windsors. That close relationship holds true to this day, as Ríoghnán II and Marinette are fairly close friends.

Not even a year and a half after the birth of Ríoghnán's first child, Saorise, came the arrival of two bouncing baby boys; Conan and Tiernan. From a young age the two were inseparable and became the hallmarks of a rough-and-tumble duo wherein chaos never seemed to be too far behind them. Where you found one, you find the other and, somewhere nearby, would be something that they had broken or trouble that they were hiding from. It was - and continues to be - hard to pin the blame in either one of them; both had a natural charm and a budding charisma that made it near impossible to punish one definitively. Most of the time, as were most of the incidences, both were punished. Conan never minded; an inquisitive person by nature, all punishments and accidents that resulted in said punishments were the product of trying to learn more about the world around him. Why were things the way they were? Conan always wanted to find out which, unfortunately, led to his rather troublesome childhood.

As anyone would have expected, Conan and Tiernan's first magical experience was intertwined when they were eight. On a rare visit to Edinburgh Castle, the two boys were playing around one of the many fountains in the gardens. One moment they were running around it and the next a large wave expelled from the ornately designed piece and flooded some of the Queen's favourite rose patches. Ríoghnán found secret enjoyment in the mayhem caused, albeit Queen Victoria assured the two scared princes that everything was okay and even laughed along with them afterwards. The confirmation that they had magic, however, made the twins' mayhem go tenfold. Most of the trouble they caused was now at the hands of trying to test their unruly magic wherever they could - so much so that to see one of them appear with a large wart on their face or an extra limb was commonplace.

Come the age of eleven, Tiernan was given the choice of attending either Hogwarts or Beauxbatons, as he got letters of acceptance to both schools. While he had no real preference at the time, once it came time to actually decide on which school he wanted in a spur of the moment decision he picked Beauxbatons. That however, did not last very long as he hated being separated from his twin, enjoying the mischief they got into far too much to enjoy his time in Beauxbatons. After Christmas break, Tiernan officially exchanged to Hogwarts and has studied in the United Kingdom ever since. 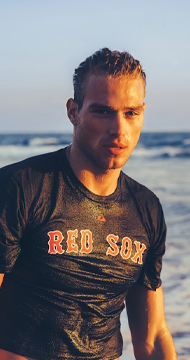 Retrieved from "https://dumbledoresarmyroleplay.fandom.com/wiki/Prince_Tiernan_of_Ireland?oldid=1095521"
Community content is available under CC-BY-SA unless otherwise noted.