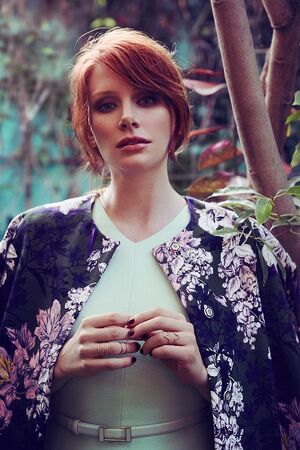 Being the second oldest child and the first born girl, Elenore is more refined yet not so much so that's she stuck up and snobby. She carries an air of maturity with her, yet also has an aura of kindness and approchableness to her. She's the type of person that you'd ask a question and expect to get the right answer from.

Though Elenore is carefree and relaxed when she can be, especially if she's just enjoying her time out on the city or relaxing. She's more loose and happy, willing to talk to people and even take pictures with people. She isn't harsh or mean or rude, and tries not to act like she's better then everyone (even though she really is).

Despite not being apart of the direct line and not even close to being next in line for the throne, Elenore still feels that she has to keep up appearances as most royals do. She tries not to mess up or create any hiccups, yet at the same time she hates feeling so constricted and reserved.

Elenore is a more open and carefree spirit and loves to do things that commoners do. She likes to play sports, do gardening, babysit, even do her own shopping. Despite some of the royals disliking this behavior, she does it anyway because it makes her feel more... Human.

Overall Elenore is a happy, but mature, woman who is enjoying life while trying to balance her royal duties and bloodline with a normal everyday life. She looks forward to the day of getting married, but doesn't know how far away that will be. Elenore hopes to maybe someday be a mother herself.

The arrangement worked out perfectly for both societies; whilst both monarchies were separate, the two worked closely to ensure similar values were shared and upheld. When the muggle monarchy changed their house name to Windsor, the magical monarchy followed suit. Everything was harmonious until the ascension of King Henry II. A monarch who wanted to devolve the power of the Ministry itself, Henry became tyrannous early on in his reign. The turmoil that threatened to overthrow the monarchy rose again, saved only by the forced abdication of Henry and the replacement by his eldest daughter, Victoria.

Being born to Mary and Cornelius, Elenore's childhood was one of happiness yet also strict rules being enforced. Ever since she could walk and talk she was taught how to be prim and proper and act like a Princess. Thankfully she had an older brother who she was close with, helping her along with how to be a royal.

Elenore loved her family and parents a lot, and was especially close to her father and aunt Elenor for whom she is named after. As a child, Elenore always wanted to play with the other kids, only not the royal kids or her cousins. Sure she liked her cousins, but the commoner kids were always doing fun stuff. Or as her parents liked to call it, dangerous stuff.

She was a bit of a troublesome child, always trying to get out and do commoner things and break the rules. It wasn't until she ended up sneaking out and was gone all day that her parents finally did something major about it, they stuck her with her with a nanny, to keep her from getting herself hurt.

Elenore did not like being with her nanny at all, especially since her nanny wouldn't let her do fun things. It took some time for her to warm up to her nanny, but it got easier as her nanny showed her that she could do lots of things that other kids were doing. Elenore learned how to play all the games the other kids did, and much more.

Having a nanny was the best thing that could have been done for Elenore since it helped her to understand that it was okay to be royal. Growing up was easier after that and Elenore was less of a struggle child and she embraced her royalness. Though she did attend a muggle primary school since she wanted to be with the commoner kids.

It wasn't until she was about 14 that she transferred to Hogwarts to be with her siblings since she felt detached from her family. Going to Hogwarts was also a good decision for her since she made a few close good friends and learned some good life lessons. Her parents were always there for her with every choice she made, always giving her options and never shooting her down.

Elenore ended up having a best friend at Hogwarts, Gaby, who was Elenore's lifeline during her teenage years. Elenore never felt like she belonged but having Gaby helped her to feel more normal and less like a trophy. After graduation, Elenore and Gaby went their separate ways which saddened Elenore. But they still kept in touch through letters.

Now Elenore is trying to figure out what she wants to do with her life and where she fits in with everything. She mostly just does things out in the community like service or beautifying the cities and towns. She hasn't really found a purpose yet, but hopes that something will come her way. 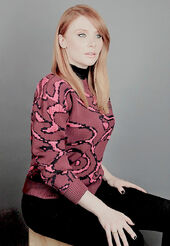 Retrieved from "https://dumbledoresarmyroleplay.fandom.com/wiki/Princess_Elenore_of_Windsor?oldid=1118937"
Community content is available under CC-BY-SA unless otherwise noted.