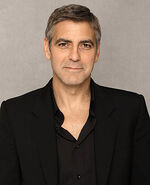 The hospital is a quiet place. Joseph spends most of his time in solitude, his mind free to trudge through the memories that plague him. His words can no longer fully express what he wants to say, but his thoughts can. Slowly over these couple years, he has been able to sort through his life; after all, he has little else to do.

Joseph Euclide was once Defense Against the Dark Arts teacher and Head of Ravenclaw House at Hogwarts School of Witchcraft and Wizardry. He had an older brother, James, who was also a Ravenclaw. When they were students, an idea festered in James’s mind: the Hufflepuffs were useless, with no notable skills, and were a burden to the Wizarding World. In his sixth year, James attempted to poison all the Hufflepuffs; four Hufflepuffs died. He was sentenced to thirty years in Azkaban. After his release, he took on a new name, Samuel Dicee, and became an influential Wizengamot member in his clever disguise.

Through Ministry events, Joseph came in contact with Samuel and recognized his brother’s mannerisms. The current Headmaster of Hogwarts, Professor Kinsel, was also aware; however, due to Samuel’s position, influence, and respected demeanor, it would be very difficult to expose him as James. They decided to wait for James’s murderous nature to reveal itself, though Joseph toyed with the idea of using Veritaserum.

Murders began to occur, especially murders of Muggle-borns. It appeared to Joseph and Kinsel that James was involved in most of them. James then facilitated the kidnapping of his brother, hiring a group of Russians to bring him down. Joseph was taken to Italy, where he was given no food and very little water. When Joseph had become quite weak, James confronted him and revealed his insanity, eventually deciding to kill him. Kinsel suddenly appeared and rescued him.

After his recovery, Joseph was able to be happily married to a woman named Krysalis. Then he and Kinsel worked to secure James’s removal from the Wizengamot and his arrest. James decided to escape, and more of his murders surfaced.

By this time, the War of Duxterra was beginning. Britain was experimenting with incorporating Muggle technology into the magical world. The Wizard Historical Protection Society (WHPS) was against this movement, and were eliminating those who supported the movement. The Order of the Phoenix was re-established to combat the WHPS, and both Joseph and Krysalis were members. At the Battle of Frozon Manor, James appeared, aiming to murder his brother. He eventually put Joseph under the Cruciatus Curse. Krysalis took manners into her own hands and passionately murdered James.

Krysalis had enormous guilt for killing her husband’s brother. She became depressed and suicidal. When Joseph admitted her first suicide attempt to Kinsel, he replied that with everything awful that had happened, he couldn’t imagine Joseph “being sane at the moment.” This comment struck Joseph to the core, and he emotionally distanced himself from Kinsel.

Krysalis’s final suicide attempt occurred at a friend’s wedding. She was taken to St. Mungo’s Hospital, where she decided to erase her memory of James’s murder.

Krysalis began to be emotionally distant from everyone. Joseph found himself unable to work under Kinsel, and he needed to try to rebuild his relationship with his wife. He quit his job, but it soon became clear that the removal of Krysalis’s memory had stolen a large part of her. Joseph needed to choose between attempting to restore her memory, and possibly her suicidal tendencies, and letting the Krysalis he loved go. He chose to divorce her quietly. Currently they are ‘separated.’

Joseph tried to rebuild his life. He secured a post as Liaison to Hogwarts in the Department of Magical Education at the Ministry of Magic. It was an ‘inspection year’ at Hogwarts, so he spent most of his time at the school, even sleeping in his office.

One night, while taking a walk, he encountered Krysalis at the Shrieking Shack. Though she was no longer suicidal, she was utterly miserable. Joseph finally decided to tell her everything and restore her memory. Once she understood his reasons for divorcing her, Krysalis wanted him to remove the divorce papers. Joseph was torn, and eventually ran away from her like a child.

A tentative friendship with Kinsel was reforming as he advised Joseph about his wife, but Joseph couldn’t forget Kinsel’s hurtful words.

Then Kinsel disappeared, by his own choice. Joseph was more crushed than he would ever admit. One of the Defense Against the Dark Arts teachers, Iris Berrin, had heard she was not going to receive a good inspection report from Joseph. She decided to frame him for attempted murder to negate the report. She knocked out Faith Bagman, a first-year Slytherin student, gave her minor injuries, and placed her in Joseph’s office beside his bed. Joseph saw the student, thinking she was dead, and his mind could not handle one more awful occurrence. He shouted insanely, only able to utter the words of James and phrases he had said in James’s presence. Joseph was blamed for attempted murder, and he was taken to St. Mungo’s Hospital for treatment, where he currently resides.

He has been a patient at St. Mungo's for over two years. For the first year, he was practically lifeless, with little will to attempt communication with the Healers. Then, through Jaina's memory of the incident that landed him in the hospital, he was fully exonerated for his crime. His vocabulary began improving as he created new memories with his visits from the Healers. Charity, a new Healer, took over the majority of his care. He told her that he wanted three things: someone to love, something to do, and something to hope for. She couldn't help him too much with the first thing, but she could help with his two second requests. He is currently learning medical vocabulary in preparation of being a note-taker during appointments and visits, and his quality of life is greatly improving. He is officially divorced from Krysalis.

This character has been requested to be preserved by Echostar.

Retrieved from "https://dumbledoresarmyroleplay.fandom.com/wiki/Professor_Joseph_Euclide?oldid=618077"
Community content is available under CC-BY-SA unless otherwise noted.