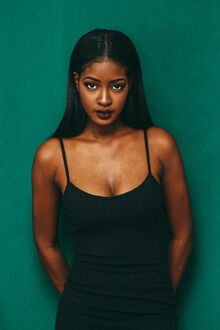 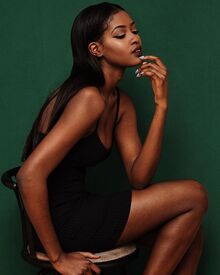 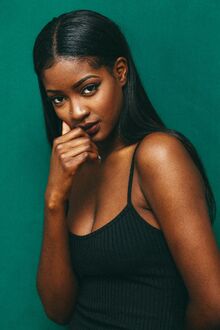 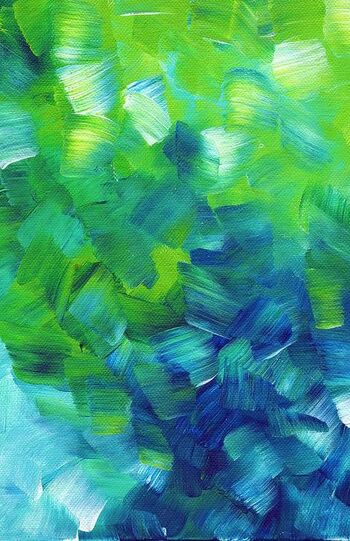 Rhianna is quite an ambitious character. When setting out a task for herself, she is determined and will accomplish it. She desires to be recognized and lives on the high of praise, making her quite a teacher's pet. Despite the amount of recognition and praise she receives for her genius and her magical capabilities, she is still quite insecure. She cares much about people's opinions, a weakness of hers, and being ignored doesn't sit well with her.

Rhianna is a very intelligent young woman. Along with her ambition, she can complete any task and is very dedicated to her studies. With her magical capabilities and a focused mind, she can do practically anything. She's been told often she'd make a good Auror, which led her to consider the possibilities of working in the ministry, and that's when she decided she wanted to become Minister of Magic. On top of that, she's very vigilant and will jump on any problem that she's certain she find a solution to.

Unfortunately, Rhianna can also be very impulsive and spontaneous. Her moods change rapidly and while it is difficult to upset her, it's also difficult to determine when you'll upset her. For the most part, she takes everything in jest and is generally a chill person but you never know when she wants to skewer you and make you a fruit kabob. She's also one to heavily rely on first impressions. Make a bad one, and she'll believe that's how you are until you prove her otherwise and it takes awhile to convince her of it.

Rhianna is very firm in her opinions. While insecure, she is very defensive and if she feels she's being infringed on or attacked, she will fight back. Adding on top of that, she's quite a sarcastic and snarky figure. She's kind of been trademarked for her sass, which only adds to her charisma. She's a natural extrovert, and can casually approach someone and start talking. Likewise, she wears her heart on her sleeve and is extremely emotionally sensitive.

Rhianna isn't just physically and verbally expressive, she's expressive through her tastes too. An avid lover of rap and hip-hop, Rhianna has always desired to have a place in showbiz and even make her own raps. Hip-Hop has always been a genre she could relate to, and the music no matter what era, always sounded good to her. She could jam out to classics like Tupac and Biggie, and still get with the new rappers like Cardi B, even if their skills were trash in reality. Writing rap has always been an outlet for her, and being able to write down her emotions in lyrical form helps her sort things out.

Michael Bangoura met Destiny Carthwick in a military academy. Both high school graduates, although Destiny hailed from the hood and Michael from the home of a pair of hard-working immigrants from Guinea. It didn't take much for the two to fall in love and get married. In fact, they got married in the country they were deployed in for military drills after graduating from the military academy and joining the Air Force. After several happy years of marriage in the army, Destiny resigned and began a military wife in favor of raising a child.

Rhianna Adaya Bangoura was born on the seventh of June on a cool summer day. Her father was there in attendance as her mother had given birth in the military hospital near the army base. It was a joyous occasion and for the rest of the year, Micheal could be seen around the base humming happily, much more upbeat and hyper.

Growing up in a military family was odd and sometimes difficult. As young girl, she didn't see her father often, and with a fatherly presence missing in her life she sometimes felt empty. On top of the fact that they moved a lot, all over the world to different U.S. bases. This didn't give her much time to adapt to each new environment, and every time she made friends she had to start all over again. Eventually, she just learned to not even bother with friends, knowing she wasn't going to see them in the next year or so.

Since her parents were both muggles, neither knew about her magic (which stemmed from her father's side), so her mother didn't really know how to deal with a nine-year-old clinging on to a levitating lamp. Her mother blocked the memory out of her mind while Rhianna dwelled on the memory instead, wondering if she could do it again and just what it meant.

Despite Michael's absence, Rhianna was still raised with a strong sense of pride in her Guinean heritage and loved wearing clothes shipped from her grandparents on her father's side. She would boldly wear them to school to let all the kids ooh and ahh, but stopped after hearing some unflattering remarks from a group of snotty girls when her father was stationed in South Korea. After a talk with her mother, she felt confident in wearing her African clothes again, this time trying to ignore whoever wanted to jab at her for being unique.

When Rhianna received her letter, it was a couple of months after Michael had been stationed in the UK. At first, she didn't know what to make of it, and wondered if it was some type of prank but didn't show it to her mother. After a week, another copy of the same letter showed up, and the pattern continued. By the fifth letter, her mother finally found out about it. Initially, Destiny refused to believe that her daughter was a witch, but after some more letters and a little bit of coaxing from her daughter, she accepted the truth.

Rhianna's first year at Hogwarts was eye-opening. Being introduced to the Wizarding World felt like it was filling a hole in Rhianna's heart that she never knew was there. With all the possibilities now available to her, she felt like she could be anything in this world. And that's exactly what she was going to be. Somewhere along the line towards fourth year, Rhianna discovered how to become an animagus through books in the Hogwarts Library and found interest in becoming one. Unbeknowest to professors and other staff, she began the process of becoming an animagus by herself.

However, after thankfully safely completing the process, she learned the risks of remaining an unregistered animagus and quickly opted to register herself, not willing to be sent to Azkaban before she could even graduate and begin working at the Ministry of Magic.' Plus it wouldn't look good on her track record. Rhianna's animagus form, like her Patronus, was a black panther. When in animagus form, the only trace left of her human form was a bracelet around her right front paw that she rarely took off that reminded her of her parents. 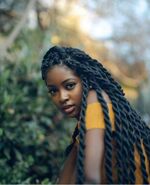 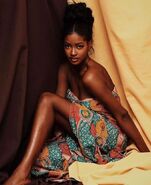 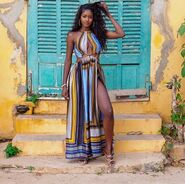 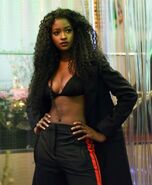 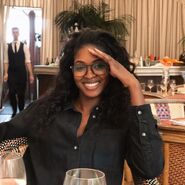 Add a photo to this gallery
Retrieved from "https://dumbledoresarmyroleplay.fandom.com/wiki/Rhianna_Bangoura?oldid=1075794"
Community content is available under CC-BY-SA unless otherwise noted.