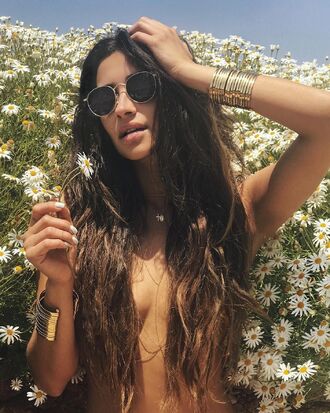 Roselyn could be described as your typical rich CEO. Cold, materialistic, most people believe Roselyn is simply controlling and selfish to the world around her. And she is, to a degree. Roselyn can be incredibly controlling but moreso with her own life rather than other people. She knows exactly what and how much she eats, she's particular with her work projects and figures out every detail before giving the green light, she knows where each of her books are in her library and so on. Roselyn doesn't trust people to do it to her standard so her motto is just to do it herself. Roselyn, or Rose, is materialistic and cold and loves to dress up. Roselyn spends a good chunk of her fortune on diamonds and clothes and always makes sure she's looking her best. Furthermore, she hesitates visiting places she believes is below her. High end restaurants is where you’ll find Roselyn. Roselyn hates to be overshadowed by people and is rather obsessed with legacy, wanting to create her own and not rely on the people around her. Rose hates relying on people. People relying on her, of course, is a different story whatsoever. Of course, it goes without saying that Rose has a lot of pride. Pride in her appearance, her work and her status. Rose does have a high self esteem–and who wouldn’t in her position?

Rose does tend to be rather power hungry and can struggle to humble herself. Rose isn’t one to confess to her own weaknesses and be vulnerable. If she shows vulnerability with you, then know that you have her complete and utter trust–and she’s probably upset about something on top of it. Rose tends to put up walls and a strong exterior to the world around her. However, she finds she takes these down when around family or close associates. Rose reaches a point where she needs a close circle to let her guard down around or else she’ll scream. Of course, it takes a little bit for someone to reach that point as Rose tends to be distrusting and wary, especially of outsiders and strangers. Though Rose can be selfish, especially when it comes to those close too her–Rose tends to hang onto them and is terrified of the idea of them leaving her and having to let go of them. Rose is possessive, of both her power, wealth and people. In that way, she’s selfish. Rose doesn’t like to share and can easily get jealous. To those outside of her inner circle, she can be cruel but also very generous. It could be easy to say she’s generous when it benefits her, and that’s true–to a degree. She’s hesitant to be generous to those who could use it against her but to everyone else? Why not. Rose does have a good heart, deep down, and does help people without asking. She’ll donate to the poor, does random acts of kindness, but rarely asks for credit. To her rivals? She won’t even give them a penny.

Family is incredibly important to her, though, and dreams of having a large family. Though she has distanced herself from her families business, Rose still loves and adores her family, especially her twin sister. She just wants to establish her own legacy. What that legacy is, she’s not sure but she’s determined to make one. Strong minded and strong willed, Rose isn’t one too let someone drag her down and struggles to give up once she has her mind on something. However, Rose isn’t one to give her opinion unless it’s asked for by someone. She doesn’t like to be nosy and doesn’t like to stray out of her lane. But if someone asks her, she’ll be blunt and straightforward. Her motto is, that if you don’t want an honest response then don’t ask. However, she can sweet talk people. And is very good at it. She’ll shower someone with compliments and at times, she is being manipulative, but there are times that she does this without any other ulterior motives. She just won’t lie too people. Often when she starts to flower someone with compliments, it’s things that she believes in. Such as your new haircut. She’ll gush over it if she likes it. If she doesn’t, she won’t mention it.

Darin was once a Tanilon. A first generation pure-blood Filipino-American who hails from San Francisco. His parents were self made, building up their corporation through beauty products. By the time they were having Darin, they were one of the top organisations in America and were competition to even the most well established families in the society. Thus, the pairing should have been approved from a mile away. It didn’t quite turn out like that, though. In Ilvermorny, Darin was an animagus and was highly skilled in transfiguration whereas Sandrine was highly skilled in charms and hexes. They were a pair to envy. However, when they graduated from Ilvermorny, it didn’t take long for Darin to propose, using his grandmother’s ring. Thus, they were forced to reveal their relationships to their parents.

For Darin, there was one obstacle. His parents had been arranging his marriage for two years now and was determined to break off this relationship. Until they found out who Sandrine was. Of course, this was a rather awkward debacle. Sandrine’s parents, who were generally supportive of the wedding, had invited their future in laws over for dinner. Darin, having convinced them to at least give the dinner a chance, turned up to the Robincheaux-Louboutin mansion severely underdressed and speechless. Afterwards, they commended Darin for such a catch. After all, Sandrine was the heir to the Robincheaux-Louboutin throne. The wedding was a grand event, with both families spending a fortune on the celebrations. Per tradition, Darin took Sandrine’s surname, dropping his own. The marriage was a success, the duo completely head over heels for one another. It wasn’t long that they began having kids. By the end, they had produced four beautiful children that they loved dearly. First was Odette Élodie Robincheaux-Louboutin. Initially, she was the heir to the fortune but with the desire to keep a low profile, she insisted that she relents her right to the fortune to the eldest of the twins.

This happened to be Jasmine. The twins were born ten minutes apart from each other and for Roselyn, she found it funny that their entire lives depended on who was born first. Who was the lucky one. Growing up, neither girl regarded the fortune as something important. It wasn’t something that was talked about much. It was something in the background. Growing up, Roselyn was the perfect child. Most of the time. She attended every class, learnt the piano, the violin, and could charm every person her parents introduced her too. It was a peaceful childhood. One that Roselyn doesn’t regret, even if she did end up letting go of it all when she grew up. When she had her first magical incident, Roselyn found it quiet and unremarkable. She was nine years old, and they were on a family trip to England and were learning to ride horses. Naturally, Roselyn fell off and her magic kicked in, softening her landing. In fact, it almost made her a bouncy ball and she bounced off the ground a few times. It was a happy time for the family as it ensured that now all their daughters were witches.

Roselyn and Jasmine were sent to Beauxbatons, mirroring their older sister, and Roselyn was sorted too Ombrelune. It was a natural fit for Roselyn and she found herself falling in love with the school and the environment. However, it was here that she became aware of who she was and how powerful her own family truly was. People treated her differently from the moment they learnt her last name. Of course, the attention was diminished once they learnt that Roselyn was the twin not inheriting the fortune. Roselyn wasn’t going to be cut off from the family, of course, but she was most likely going to be living like their older sister. A more…humble life. Which was something that didn’t sit well with Roselyn. Not completely. Roselyn didn’t resent being the younger twin, didn’t resent not being the heiress to the fortune, but she wanted to make her own name for herself. She wanted to stand out and make her own fortune. Her own legacy.

When Roselyn graduated, she travelled to England with her twin sister. Though for different reasons. For Roselyn, she wanted to create her own business, develop her own life and fortune. It took her a quick minute to decided what she wanted to do with her life but eventually she figured it out. Roselyn bought off a small company established in England by her mother. A residential company. Under Roselyn, the company blossomed into something that even she didn't expect. Partnering with multiple construction companies, she singlehandedly organised and constructed living communities across the Magical world, both in London and America, though she is more established in the former. Roselyn wanted her own name, and in America, she’d be in the shadow of her family name. Of course, Roselyn became well known. Being only on the verge of turning twenty one and suddenly a highly successful business woman was something to be admired and it garnered a lot of attraction. Not that she minds.

Retrieved from "https://dumbledoresarmyroleplay.fandom.com/wiki/Roselyn_Robincheaux-Louboutin?oldid=1064253"
Community content is available under CC-BY-SA unless otherwise noted.