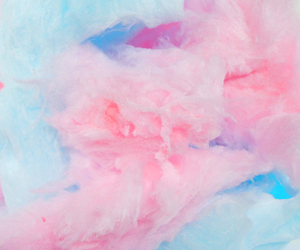 1) What was your first incident of magic and how old were you?

six, seven, eight, nine. i don't really know. years blur into each other. six and a half. it's... dark out. can't tell what time. i was supposed to be home before the lamp posts went on. it was eleven at night, i had missed my curfew by four hours. i was cold, and i could barely see. i was freezing. it was january and i had no coat or sweater. the snow was falling so heavily it was blinding. i remember wanting help. i remember wanting warmth. suddenly i was at home. and my apartment building was on fire. i did that. it was too hot. i had to get out. a building burning in january in heavy snow fall? seemed easy. fifty people died that day. out of the fifty-one residents. i was the only survivor. i think i was the only one that got out.

2) Do you believe in love at first sight?

yes. no. romance novels are a guilty pleasure of mine and a guilty distraction since i was little. the concept of 'love at first sight' is so ingrained in me, how could i not believe it? the only people i knew that ever fell in love at first sight was the elderly couple that lived across from my fifth foster home. they were having their anniversary, and i snuck into their yard.

no, but i'd love to be. the idea of being able to share such a deep, intimate connection with someone excites me. it terrifies me. people terrify me. you don't hear the things i hear..

i... i can't think of any. drawing. journaling. using a pen. sometimes killing squirrels for my third set of foster parents so juni would stop chasing them around our backyard. i don't think there's anything in particular that i turn to... i sort of, wind down on my own. im too wound up to ever be winded down.

5) Were you close with your family growing up? If not-why?

yes. or at least, i tried to. no. merlin, i hated every single one of them. i've had a lot of families... i guess, over the years. so... so it's hard to be close with any specific one. i never wanted to be close with any one of them. but they all liked making me doing chores, and i typically did them. until i had to run away. i kind of wish i spoke to some of my older foster parents, they were nice. the dad always took me out to fish, but the streams were always full of algae or oil. one of them taught me how to bake, and we made cookies a lot. but it turns out, arsenic isn't supposed to go in cookies. wish mommy taught me that.

6) If you weren’t raised by your parents, who did? How did you find yourself in this position?

do... do i still answer this question? since, i have parents. well... i have a lot of parents. i don't. they tend to lose me or lose their lives. it's actually quite inconvenient when it comes to dealing with social services. my... my biological parents died in this apartment fire. sometimes i miss them, sometimes i don't. i've been between a lot of foster homes, for... various reasons. dismemberment, accidents, running away... one or two might've been murdered.

quiet. very quiet. funny story, i almost got diagnosed a stillborn because i didn't cry until a few hours after my birth. i think... m-my... biological parents probably would've said... very... independent. scarily independent, is the exact thought i recall. i think i was pretty smart too. and picked up on things. my second foster mom had an affair with the mailman. my second foster dad had an affair with the mailman too. the mailman stole five grand from both of them. some of my foster parents described me as mature. too adult-like, actually. it's funny because i always felt like one.

8) What was your childhood dream? Why so? And why did it change?

9) If you’re not native to the UK, where were you born and how did you end up in the UK?

10) Would you rather have endless money or endless amount of love? why?

11) When was the last time you cried?

don't really remember. right before this interview. in the bathroom on the third floor so no one heard me. i don't cry too much, i feel like. i cry a lot. it's supposed to be a release. i read that somewhere, but i don't think that it's true. i always feel worse after i cry.

12) Do you believe people can be given a second chance?

yes. no. of course they can. people change everyday. i don't. there's always a chance for growth and improvement. not that i'd ever stay long enough to witness it.

to love. we're all here to love each other, love our pets, love our jobs and aspirations and selves. you can't be human without love.

14) Do you have instances in your past that you’d prefer not to tell people?

um... a few. do you mind, though? i-i... don't really want to talk about them. i killed my parents, basically. i poisoned my second set of foster parents, ran away from the third. oh, how can i forget? i got my first foster parents arrested for child abuse. could've been a false charge. i don't really remember. i never liked them much.

15) Do you have any mental or physical afflictions?

i've never had the opportunity to get diagnosed or anything, so i don't really know. maybe some trauma or loneliness... typical, human... emotion stuff.

16) It is often stated that reading other people’s minds is an invasion of privacy. What is your position on this?

i-i guess. i dunno. i don't have fantastic control over it, so it's not like i do it on purpose. no. if people were so worried about reading minds, they'd take better care of protecting their own. we're really our worst enemies.

17) How did you know you were a natural born legilimency?

i didn't really, i just never... got taught it, i guess. so i figured, if i'm not that category, i'm probably the other one. i've always... heard voices and seen memories, here and there. i'd pass them off as dreams and my overactive imagination. guess they weren't.

yes. i don't have anyone to tell in the first place. i feel like... it's just easier that way, you know?

Retrieved from "https://dumbledoresarmyroleplay.fandom.com/wiki/Sammy_Cho?oldid=1094684"
Community content is available under CC-BY-SA unless otherwise noted.