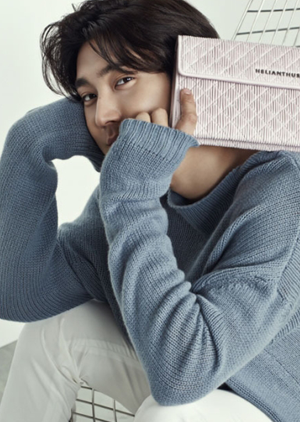 Silas will be the type of guy to change his attitude depending on who he is with. For example, when his family was still alive and well, Silas acted kind and innocent around them. Almost as if he could never hurt anyone. But on the flip side, when he was at school Silas was cunning and manipulative. He told kids what to do and if they didn't listen to him, he'd make sure they'd get was coming to them. However since he has gotten older and matured, those characteristics have meshed together to form what Silas is today.

Nowadays Silas will be nice to you until he can develop a clear opinion of you. It's best to be on his good side, because not many people have ever enjoyed being on his bad side. Although his temper was once terrible, it has improved - but only in the slightest, so when Silas gets mad he can't hold back anything and more times than not he'll be so mad that many people can't calm him down. One thing is for certain though, Silas never lost his manipulative and cunning nature. He just very rarely uses them nowadays as he prefers to use his sexual appeal and flirtatious attitude to get what he wants nowadays.

The Chevalier family was a Korean born pure-blood family originally from Incheon, South Korea and were known more by the last name of Chai. However In the early 1950's, the family moved themselves to Marseille in France and became the Chevalier family that many know today. The family had stayed in Marseille for the rest of their life, and none of the families offspring had ever threatened to change that, or at least that's what most of the family thought. Nothing had changed until Anton was born, and when he had grown up he dreamed of moving somewhere beyond France and starting a family away from the one he was born into.

Anton eventually met his future wife Clémence Kwon, another Korean born pure-blood who also dreamed of living somewhere far away from her family. After the two had dated for a few years, Anton proposed to her and the two eventually had a baby boy whom they named Silas on the 21st of June in 2003. When Silas was only two years old, his grandmother on Clémence's side named Claudia moved in with the. Silas loved Claudia and he always enjoyed the nightly stories she told him before bed. Most of her stories were fictional, but the most detailed ones were from Claudia's past.

You see, Claudia wasn't a normal fourty year old witch, in fact she was far from it. Claudia was once a member of a small group of black wizards in France, and after betraying them in order to start a family in Marseille, she was on the run ever since. But that's enough of Claudia, let's go back to Silas.

Silas was a happy kid, he would always do as he was told, and was never rude or informal in anyway. Or at least that's how he acted around his parents. At school and around others, Silas could be seen as full of himself, and more times than not the kids at muggle school were scared of him because he was extremely cunning and manipulative. Those who didn't steer clear of Silas in the hallway, were reprimanded by those who claimed to be "Silas' closest friends". Truth be told, Silas didn't see anyone as his friend, all he saw them as were pieces he could manipulate in anyway, shape or form he pleased.

It wasn't until Silas had gotten his acceptance letter to Beauxbatons at the age of eleven that the dark wizards who were chasing after Claudia had finally caught up to her. They came during the middle of the night, and tortured both Anton and Claudia, eventually killing them after hours of torture. Lucky for Silas, Clémence saved him from the torture by hiding him in the neighbouring house, however Silas was forced to watch as the dark wizards killed his mother outside of the house. After the dark wizards had left, and Silas went back to his house, he found his acceptance letter laying under a broken coffee table. Silas then left for Beauxbatons by himself the following week.

Retrieved from "https://dumbledoresarmyroleplay.fandom.com/wiki/Silas_Chevalier?oldid=1006365"
Community content is available under CC-BY-SA unless otherwise noted.